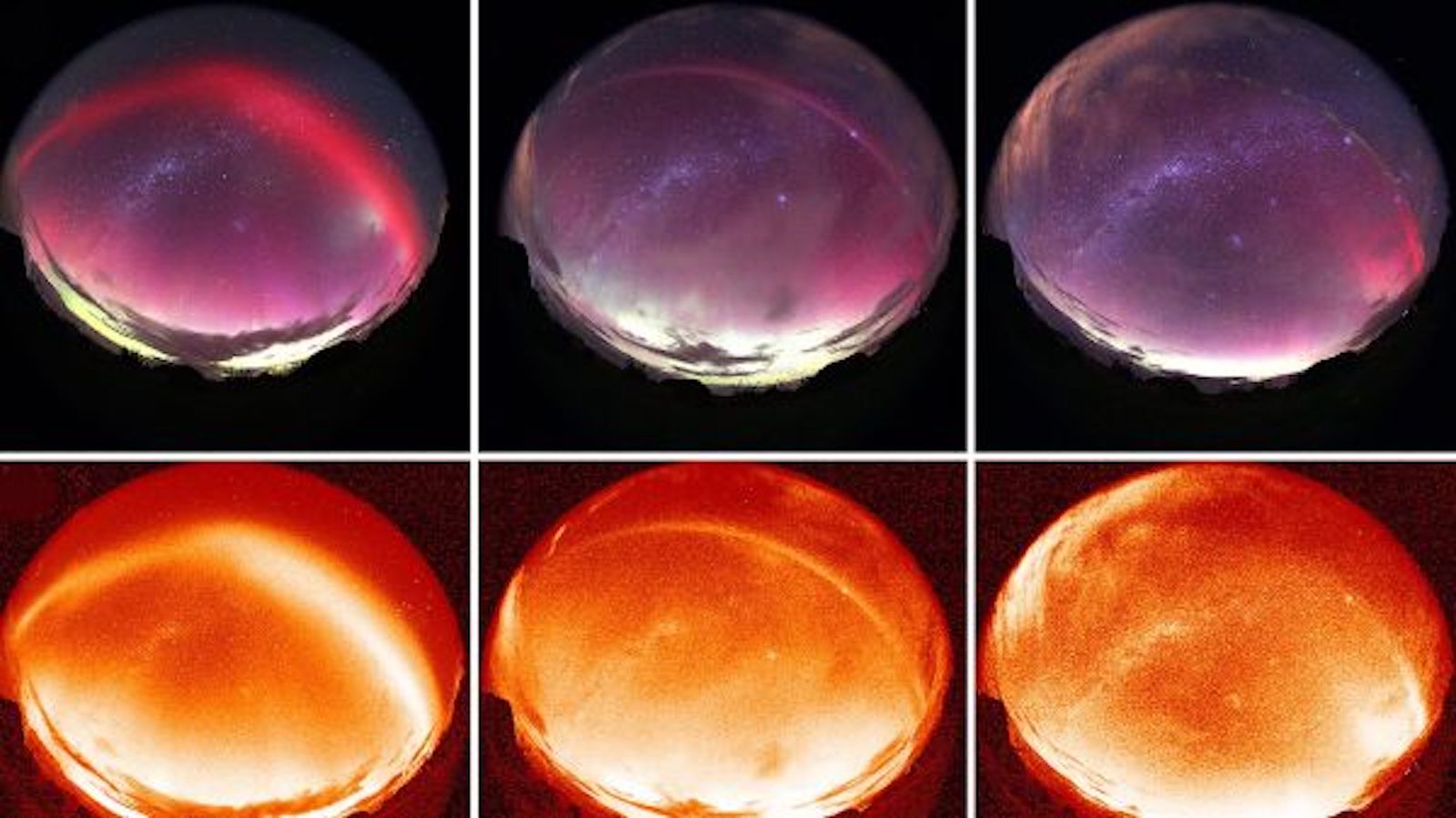 On March 17, 2015, a blood-red arc of light cut through the sky hundreds of miles above New Zealand. Over the next half hour, an amateur skywatcher observed that arc as it transformed before his eyes into one of Earth’s most puzzling atmospheric mysteries — the eerie ribbon of light known as STEVE — newly released images reveal.

STEVE, short for “strong thermal velocity enhancement,” is an atmospheric oddity first described in 2018, after amateur aurora chasers saw a narrow stream of gauzy purple light arc across the sky over northern Canada. Scientists who studied the phenomenon soon confirmed that STEVE was not an aurora — the multi-colored glow that appears at high latitudes when solar particles collide with atoms high in Earth’s atmosphere. Rather, STEVE was a separate and unique phenomenon that’s “completely unknown“ (opens in new tab) to science.

Unlike the northern lights, which tend to shimmer in broad bands of green, blue or reddish light depending on their altitude, STEVE typically appears as a single ribbon of purplish-white light that stabs straight upward for hundreds of miles. Sometimes it is accompanied by a broken green line of lights nicknamed the “picket fence” phenomenon. Both STEVE and its picket fence friend appear much lower in the sky than a typical aurora does, in a part of the atmosphere known as the subauroral region, where charged solar particles are unlikely to trespass.

In the new study, the authors compared the New Zealand skywatcher’s March 2015 footage with contemporaneous satellite observations and data from an all-sky imager at the nearby University of Canterbury Mount John Observatory. Combining these three sources gave the researchers a comprehensive look at STEVE’s unexpected appearance that night.

That evening’s sky show began with the appearance of a blood-red SAR arc that swooped at least 185 miles (300 kilometers) over Dunedin, New Zealand. Satellite data showed that the arc’s appearance coincided with a strong geomagnetic storm — a showering of charged solar particles into Earth‘s upper atmosphere — that lasted for approximately half an hour.

As the storm subsided, the red arc gradually gave way to the signature mauve streak of STEVE, which slashed through the sky in almost the exact same spot. Just before STEVE faded, the green picket fence structure shimmered into view. According to the researchers, this is the first recorded occurrence of all three structures appearing in the sky together, one after the other — possibly revealing new clues about the formation and evolution of STEVE.

“These phenomena are distinct from auroras, as their optical signatures appear to be triggered by extreme thermal and kinetic energy in Earth’s atmosphere, rather than produced by energetic particles raining down into our atmosphere,” the researchers wrote in the new study.

Satellite observations of the event suggest that the night’s geomagnetic storm may have played a key role in this parade of sky lights.

During the storm, a fast-moving jet of charged particles appeared alongside the red SAR arc, the researchers wrote. Known as subauroral ion drift (SAID), these streams of hot, fast particles typically appear in the sky’s subauroral zone during geomagnetic storms. The satellite observations also showed that the stream’s heat and speed intensified when STEVE appeared about 30 minutes later.

According to the researchers, a “plausible generation mechanism” for STEVE could be the interaction between these fast-moving ion streams and nitrogen (opens in new tab) molecules in the subauroral zone; when the charged, hot particles bash against nitrogen molecules, the molecules become excited, emitting mauve light to burn off their extra energy.

The new study illuminates parts of the mysterious phenomenon, but more observations of STEVE — from citizen scientists and professional researchers alike — are needed to further pin down this theory.