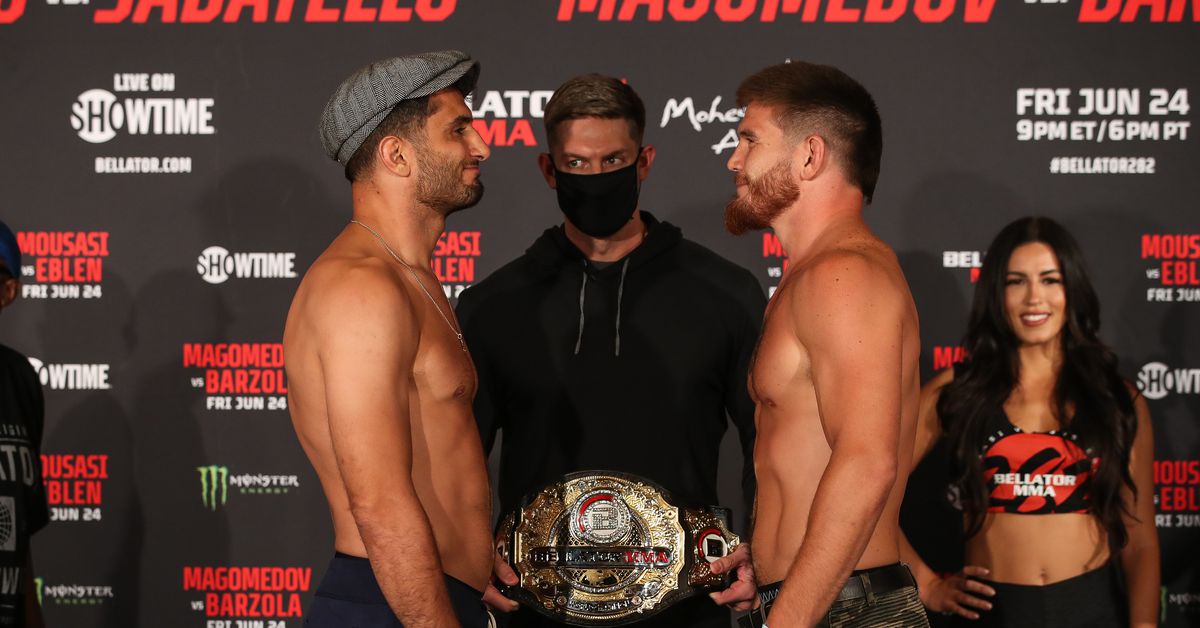 The fighters competing at Bellator 282 will hopefully have a better idea of how judges are scoring fights ahead of the action on Friday.

Mike Mazzulli, the executive director for the Mohegan Tribe Department of Athletic Regulation, on Thursday handed out a synopsis of MMA scoring criteria to athletes and their teams ahead of the event at Mohegan Sun Arena in Uncasville, Conn.

The commission hopes fighters will better understand what counts most when they set foot in the cage to do battle. MMA Junkie initially reported the news.

While the scoring criteria for MMA is widely available, Mazzulli handed out a brief breakdown that highlights exactly what the judges look at before handing in a scorecard at the end of each round.

There has been a lot of discussion lately on misconceptions about the scoring criteria in MMA, particularly based on several controversial decisions and commentary provided by broadcast teams across combat sports.

Now, in an effort to help the fighters better understand what the judges want to see, Mazzulli and the Mohegan commission are attempting to at least bridge the gap.

Here’s the full text provided to the fighters per the Mohegan Tribe Department of Athletic Regulation in an email sent to MMA Fighting on Thursday.

1. Impact/Damage: A judge shall assess if a fighter impacts their opponent significantly in the round, even though they may not have dominated the action. Impact includes visible evidence such as swelling and lacerations. Impact shall also be assessed when a fighter’s actions, using striking and/or grappling, lead to a diminishing of their opponent’s energy, confidence, abilities and spirit. All of these come as a direct result of impact. When a fighter is impacted by strikes, by lack of control and/or ability, this can create defining moments in the round and shall be assessed with great value.

2. Dominance: As MMA is an offensive based sport, dominance of a round can be seen in striking when the losing fighter is forced to continually defend, with no counters or reaction taken when openings present themselves. Dominance in the grappling phase can be seen by fighter staking dominant positions in the fight and utilizing those positions to attempt fight ending submissions or attacks. Merely holding a dominant position(s) shall not be a primary factor in assessing dominance. What the fighter does with those positions is what must be assessed. In the absence of dominance in the grappling phase, as set forth in paragraph 3 of the promulgated rules, to be considered dominate, there must be a singularly or in combination, some types of submission attempts, strikes, or an overwhelming pace which is measured by improved or aggressive positional changes that cause the losing fighter to consistently be in a defensive or reactive mode

3. Duration: Duration is defined by the time spent by one fighter effectively attacking, controlling, and impacting their opponent; while the opponent offers little to no offensive output. A judge shall assess duration by recognizing the relative time in a round when one fighter takes and maintains full control of the effective offense. This can be assessed both standing and grounded.

The full scoring criteria for MMA can also be viewed here as provided by the California State Athletic Commission.

While understanding the scoring criteria won’t suddenly fix complaints about judging in MMA, the fighters competing at Bellator 282 at least have another tool to use ahead of the event on Friday. The card is headlined by middleweight champion Gegard Mousasi defending his title against Johnny Eblen.