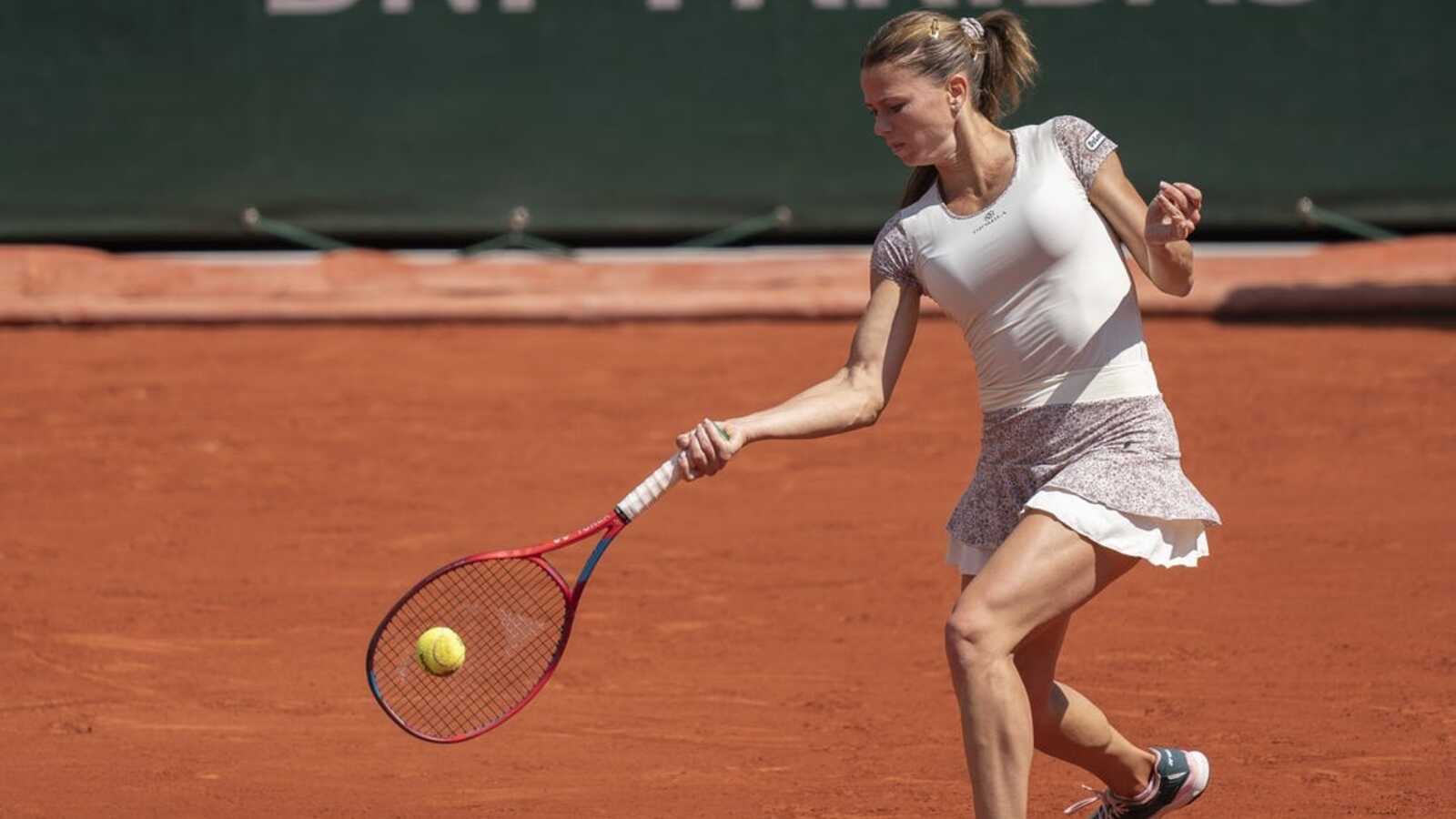 Camila Giorgi recorded a 7-5, 6-3 win over fifth-seeded Garbine Muguruza of Spain in a third-round match at the Rothesay International on Wednesday at Eastbourne, England.

Giorgi, a 12th-ranked Italian, won her match in 1 hour and 53 minutes to set up a clash against lucky loser Viktoriya Tomova of Bulgaria, who overcame Belgain Kirsten Flipkens 3-6, 6-3, 6-4 in a 2-hour match.

Also on Wednesday, Harriet Dart of England followed up her 7-6 (7), 4-6, 6-3 win over 10th-seeded Jil Teichmann of Switzerland with a 6-4, 2-6, 6-4 triumph over Marta Kostyuk of Ukraine. Dart’s first match was suspended due to darkness on Tuesday.

No. 14 seed Petra Kvitova of the Czech Republic overcame a stumble in the first set before posting a 5-7, 6-0, 7-5 win over Katie Boulter of England.

Third-seeded Angelique Kerber of Germany breezed to a 6-2, 6-3 win over Italian Lucia Bronzetti in the second round at Bad Homburg, Germany.

Kerber, the defending champion, benefited from three double faults by her opponent to advance in the tournament.

Fourth seed Simona Halep of Romania cruised to a 6-0, 6-3 win over Tamara Zidansek of Slovenia and ninth-seeded Alize Cornet notched a 7-6 (4), 6-4 victory over Tatjana Maria of Germany