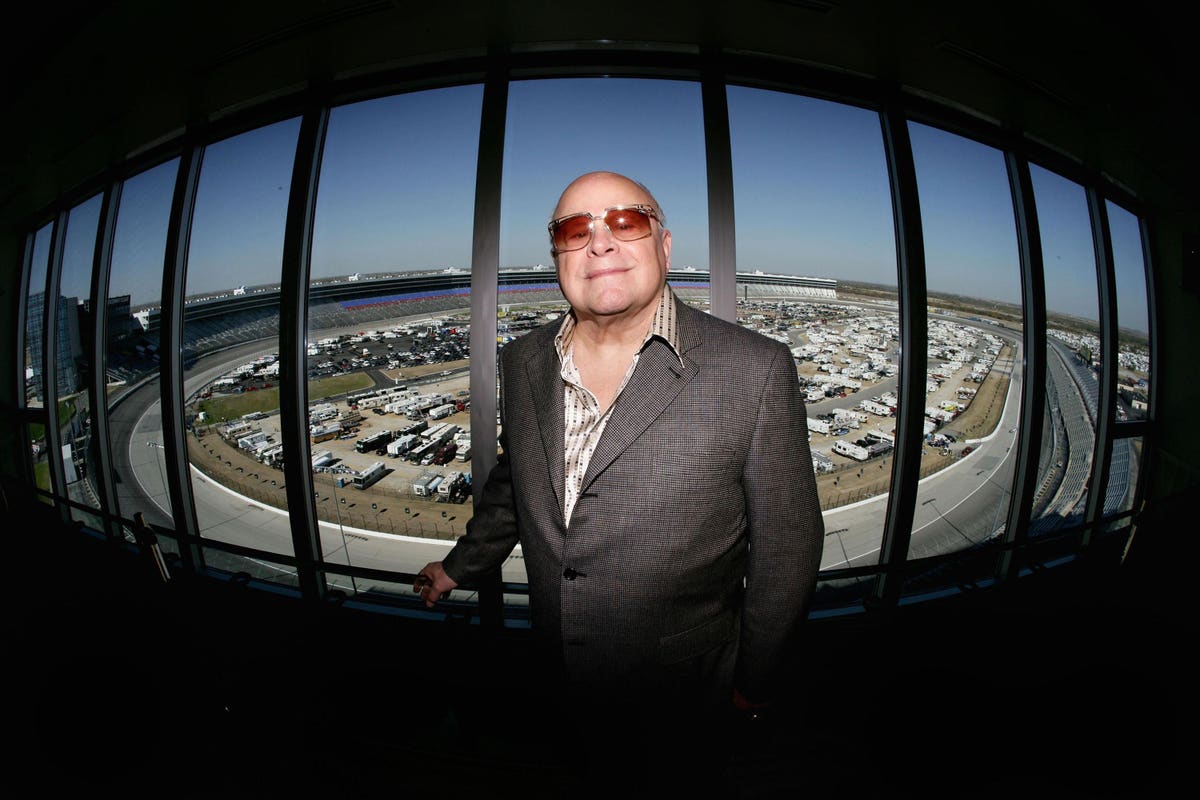 There were very few people in NASC SC A AR R who ever battled with Bill France and survived. France was the founder of NASCAR and during his reign, and subsequently that of his son Bill France Jr., those who defied him were normally swept aside.

Bruton Smith wasn’t one of them. Smith was in fact one of those who tangled with the France family on several occasions, and not only survived, he actually thrived.

Smith died Wednesday at the age of 95.

The animosity between the pair began two years after France created the National Association for Stock Car Auto Racing, NASCAR, in 1947. In 1949 Smith took over the National Stock Car Racing Association, NSCRA, and began leasing tracks to hold races in Tennessee, Georgia, and the Carolinas. He created a “strictly stock” division much to the ire of France who doubled down on his efforts to get his own fledgling racing series going.

There was talk between them of a merger of the two series, but in 1951 Smith was drafted into the U.S. Army and sent to Korea. He returned in 1953 to find the NSCRA had folded. Using his experience leasing racetracks, Smith built Charlotte Motor Speedway in 1959. Not all went as planned, however. Though fans, and racers, flocked to the track, it was bleeding cash and in 1962 the track went bankrupt.

A court-appointed trustee fired Smith and he found himself in Illinois selling cars. He never gave up eventually buying a car dealership and making plans to return to the sport. By 1973 he again owned the track and by 1994 founded Speedway Motorsports Incorporated (SMI) which by then owned Charlotte Motor Speedway, and Atlanta Motor Speedway. Along with promoter H.A. “Humpy” Wheeler, Smith began to expand the speedways, added lights to Charlotte in 1992 making it one of the first superspeedways to do so. He also directed the addition of condominiums, fine-dining Speedway Clubs, and giant high-definition video screens. In 1995 he took the company public becoming the first motorsports company to be listed on the New York Stock Exchange.

In 1996, SMI acquired two more tracks, Bristol in Tennessee, and Sonoma in California. SMI also began construction on Texas Motor Speedway which would become the second largest speedway in the country. Smith however, needed a commitment from NASCAR, which was by that time run by Bill France Jr. (France Sr. died in 1992) for a race date.

International Speedway Corporation (ISC), owned by the France family was also adding to its portfolio of track properties and by 1999, after buying out Penske Motorsports, became the largest track owner, and pretty much dictated the schedules for its series.

Undeterred, Smith shrewdly (and quietly) purchased 50% interest in North Wilkesboro Speedway (independently owned at the time) in North Carolina and moved one of its two dates to his brand-new Texas Motor Speedway, much to the outrage of NASCAR fans, and NASCAR executives, though the latter not publicly.

Lawsuits followed, including one filed by a Texas fan against NASCAR and ISC which was settled in 2004 and resulted in not only a second date for Texas but a shakeup of the entire NASCAR schedule.

In recent years, Speedway Motorsports, and NASCAR (which merged with ISC in the same year SMI went private and became known as Speedway Motorsports LLC.) have become a great deal more civil in their business relationship. During the Covid shutdown executives worked together closely to ensure the scheduled number of races was held.

Born March 2, 1927, Smith was the youngest of nine children and grew up on a modest farm in Oakboro, North Carolina.

“My parents taught us what work was all about,” Smith said in 2008. “As I look back, that was a gift, even though I certainly didn’t think so at the time. A lot of people don’t have that gift because they didn’t grow up working. But if you are on a family farm, that’s what you do. Everything is hard work.”

In addition to son Marcus, survivors include sons Scott, and David; his daughter, Anna Lisa; their mother, Bonnie Smith; and seven grandchildren.