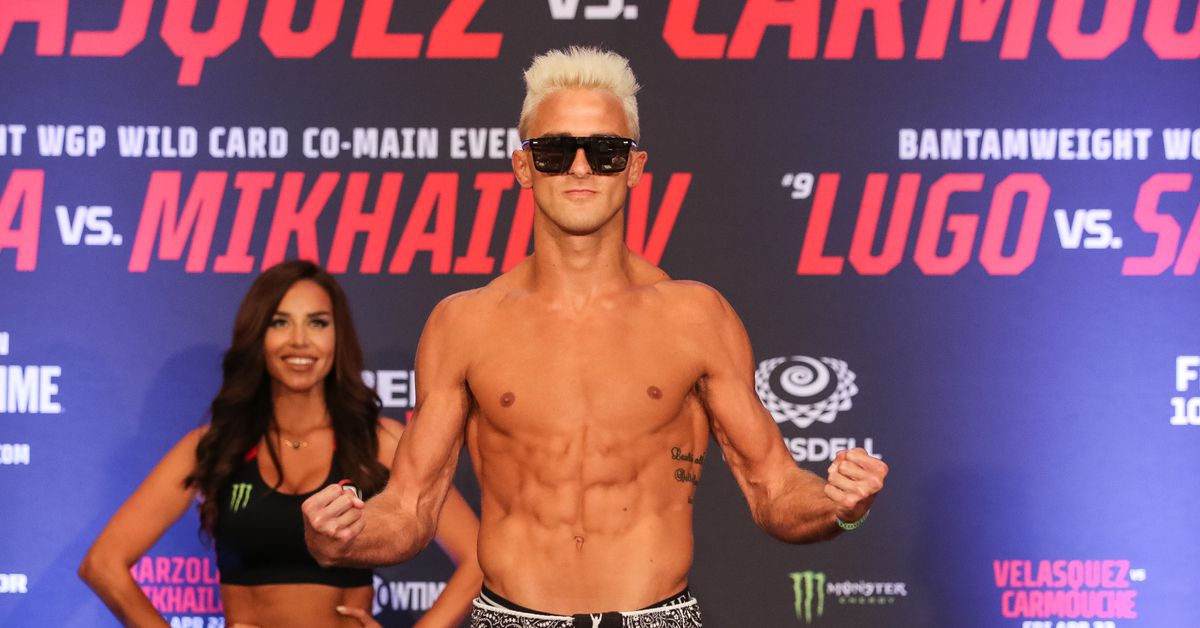 Danny Sabatello isn’t concerned about whether or not Leandro Higo makes weight for their bantamweight grand prix matchup, but he plans to punish his rival either way for past mishaps on the scale.

Sabatello and Higo will meet in a five-round co-main event at Bellator 279, which takes place June 24 at Mohegan Sun Arena in Uncasville, Conn. The stakes are high in the bout – the winner not only will make it to the tournament semifinals and one step closer to the $1 million grand prize, but the victor will also face new interim champion Raufeon Stots in the next round.

With Higo missing weight for his past two appearances, Sabatello feels it’s a complete lack of respect for the sport. If “The Italian Gangster” got to play the role of commissioner the day of weigh-ins, and Higo misses weight, Sabatello would certainly not let Higo off the hook.

“But if I was the commission I’d say, ‘Hey Higo, if you miss weight, we’re making this fight 10 rounds and Danny Sabatello can do whatever the f*** he wants with you. We’re not going to stop it. Even if you tap, we’re going to have him keep going. Even if you get knocked out, he’s still going to keep pummeling you.’

“If it were up to me, the worst punishment is torture. Much like this fight, I don’t just want to go in there and finish it right away — I want to torture this motherf***** and that’s the best thing that can happen.”

Sabatello has won six straight, including a dominant decision win on Dana White’s Contender Series in November 2020, along with a pair of wins in his first two promotional bouts against Brett Johns — a fight he took on less than a week’s notice — and Jornel Lugo in a grand prix qualifying bout.

On the flip side, the one-time Bellator title challenger has won three straight, including a pair of submissions of Shawn Bunch and Ricky Bandejas, along with a decision win over former champ Darrion Caldwell.

To say Sabatello isn’t impressed with Higo would be an understatement.

“Going into fight camps, you have a bunch of guys that simulate the fighter. You tell these guys, ‘Hey, this guy’s a muay thai guy, simulate a muay thai guy,’” Sabatello said. “For about five to six weeks now, I’ve been simulating his style. Before I spar, I go up to my partners and I say, ‘Hey, fight me really s***** because that’s what Higo’s going to do. He’s a s***** fighter.’

“I think I’m more than prepared for June 24 in the Mohegan Sun Arena and I’m just going to take his f****** lights out.”

After his dominant showing against Lugo at April’s Bellator 278 event, the promotion rewarded its newest breakout star with a new multi-fight deal. In his first fight on a new deal, Sabatello plans to get more eyeballs upon him, while also wanting to send Higo into a new profession altogether.