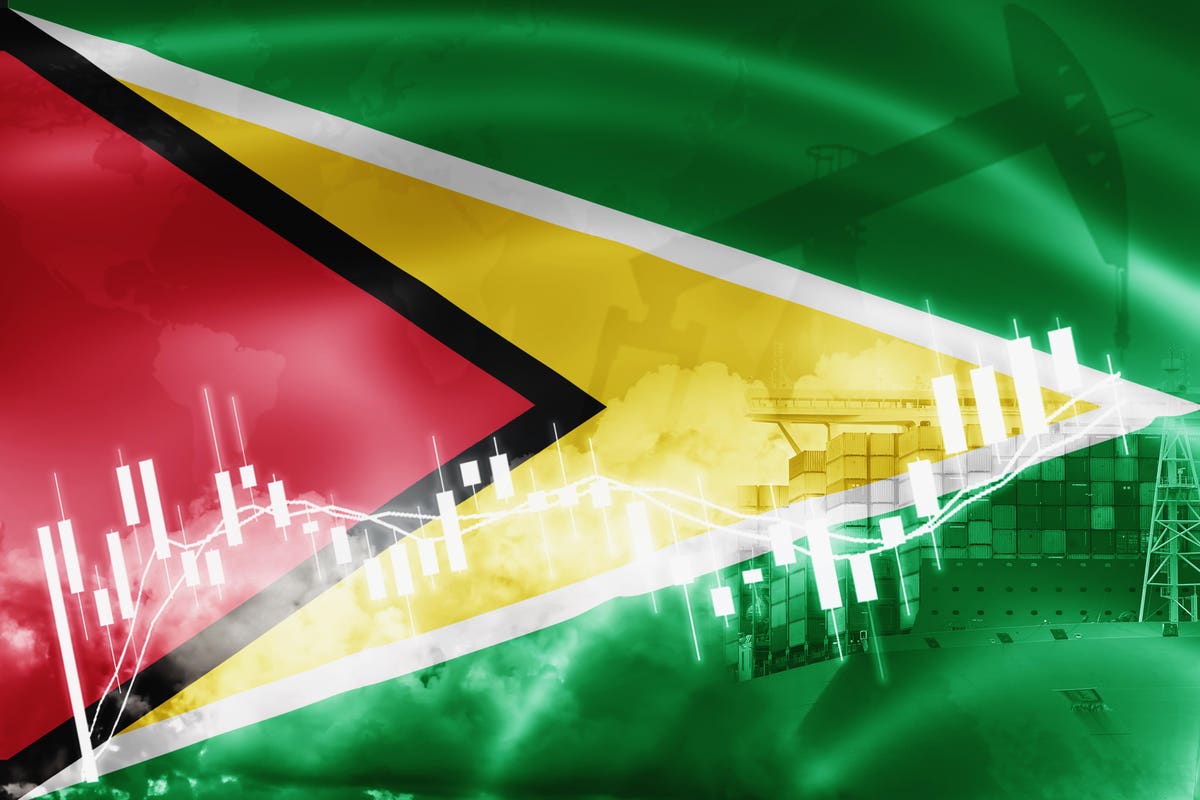 The tiny South American country of Guyana has been transformative for Exxon Mobil Corp. in the last decade, after the oil titan made the first of a series of gigantic discoveries just off its coast.

As the country moves into its new role as a prolific oil producer, it’s time for it to now take the helm in managing these relationships.

Indeed, its current arrangement with Exxon and partners — Hess and Chinese CNOOC — reveals the story of a country that was new to the game and inexperienced in negotiations several years ago.

This team first found oil in Guyana seven years ago and has since made an astonishing 18 oil discoveries in its giant Guyanese Stabroek block.

The challenges in discovering this oil should not be discounted.

Before 2015, offshore Guyana was considered a high-risk frontier basin, despite its potential. Since 1965, 45 wells had been drilled in attempts to find the sweet spot of success – and failed. It took Exxon’s technical genius, confidence and financing to finally hit the jackpot.

Even so, the resulting 2016 terms on how to share this production has been controversial, as it is more generous to Exxon than what many of Guyana’s peers have agreed to.

The current contract was negotiated in 2016 and takes most of the terms of a 1999 agreement. It splits the oil output at 50-50 between the government and Exxon, and gives Guyana a 2% royalty (the 1999 agreement had a 1% royalty). The oil split reflects the costs and risks a company faces in any particular project and can vary significantly from country to country, and by contract. In this light, a 50-50 split for a new producer is not especially unusual.

But it is the additional terms in the agreement where Exxon really benefits, according to Tom Mitro, a former Chevron executive with decades of experience negotiating international contracts. Mitro is also a former director of the University of Houston’s Global Energy, Development and Sustainability program.

Mitro pointed out that for the many other negotiable clauses in the contract, they were established in favor of Exxon – an approach that most of Guyana’s peers have not agreed to.

For example, one provision allows Exxon to recover all interest on loans borrowed to fund the development of related oil projects. In practice, this means that the operator and its partners are able to charge Guyana for the cost of borrowing from their affiliates with no limits.

“Contracts typically have cost recovery mechanisms, but usually with limits,” Mitro said, explaining that without written limits, companies can abuse the amount of borrowing they do within the conglomerate.

Another provision allows Exxon to not have to pay any income tax on their profit share, and that the government will provide a receipt that can be used for tax deduction purposes elsewhere.

There is a clause that allows Exxon the right to get cost recovery oil right from the beginning, to cover the future decommissioning and abandonment of the project at its end. These costs will not be actually incurred for several years.

“In this case, the government is giving Exxon something of value – oil – to cover Exxon’s future costs,” Mitro said, noting that it is unusual to pay upfront for a future expense because of the recognized time value of money.

While Exxon’s experience and deeper knowledge of contracts likely strengthened their negotiating position, on Guyana’s side, domestic politics also played a role in the deal cut. The negotiations came just before a contentious election, and the promised revenue was advertised as offering a better future for Guyana.

It also came right before Exxon publicly announced that results from a second exploratory well indicated that Exxon would recover more than twice the amount of oil it had originally expected.

In retrospect, the biggest challenge for Guyana is the extremely short time frame for its transition itself from a non-oil producer to one with reserves rivalling Mexico or Angola. And to be fair, it has been Exxon’s vision which has led this change, with its 2015 discovery of Guyana’s oil and its subsequent investment in bringing that oil to market.

The oil and gas industry rewards risk and technical experience. Exxon displayed both of these brilliantly, making a huge deepwater exploration gamble with no assurance of success in a country with no history of oil production.

Exxon has justified the contract by saying that the terms reflect those for a country with no track record and thus higher risk, which is reflected in the terms of a production sharing agreement.

“It offers globally competitive terms,” said Exxon spokesperson Casey Norton, in a 2020 interview with the Wall Street Journal. “It was done at a time where there was significant technical and financial risk.”

Julian Cardenas, an energy law professor at the University of Houston, agrees, noting that Guyana is now in a better position to negotiate better terms with future investors because of its track record of its geological potential.

However, potential is no longer everything in the international oil game, as Venezuela well illustrates. Guyana’s ability to attract future investment will depend on its demonstrating that it will honor its contracts and the rule of law.

“Guyana needs to take responsibility for those deals, recognizing that these deals also have an end date,” said Cardenas. “Of course, there is always room for improvements and mutual renegotiation. But this won’t be Guyana’s only opportunity. They will be much better served by focusing on offering new rounds and making better deals.”

Indeed, both sides have already benefited from the new-found oil.

Exxon began production in late 2019 and now pumps roughly 220,000 barrels of oil per day in Guyana, roughly 6% of its global production. The company says the production has created jobs for more than 3,500 Guyanese. The Exxon consortium and its direct contractors are also spending more than $200 million on local suppliers each year. Its current deal is expected to bring in nearly $170 billion in revenue in the years ahead.

It’s a position that many in Guyana also hold, as the country tries to find the balance between being seen as an attractive investment location and making sure it is not Big Oil’s stooge.

“Recall that when the 2% royalty was agreed, we had just discovered oil and had still not produced a drop,” wrote Donald Singh, a process coordinator at Guyana Geology and Mines Commission, in a 2019 letter to editor of the Guyana Chronicle responding to criticism of Guyana’s low royalty percentage. “Guyana’s exploration success certainly merits a raise in royalty rates, but I think we must proceed with the goal of establishing a track record as a reliable producer.”

On the other hand, that was two years ago, and now Guyana is looking like a major contributor to Exxon’s bottom line.

It’s a good time for both sides to think about the long term. Guyana could, for example, identify the points in the current contracts where government approval is required, and use that to tweak terms that some see as unduly favorable to Exxon at Guyana’s expense, such as gas flaring rights.

From Exxon’s side, its reputation would be well served by doing its upmost to support Guyana’s ability to develop into a more mature oil nation – one that is known for its ability to balance its desire to do business with the needs of its people, for their long-term benefit.

Emily Pickrell is a veteran energy reporter, with more than 12 years of experience covering everything from oil fields to industrial water policy to the latest on Mexican climate change laws. Emily has reported on energy issues from around the U.S., Mexico and the United Kingdom. Prior to journalism, Emily worked as a policy analyst for the U.S. Government Accountability Office and as an auditor for the international aid organization, CAR AR E.