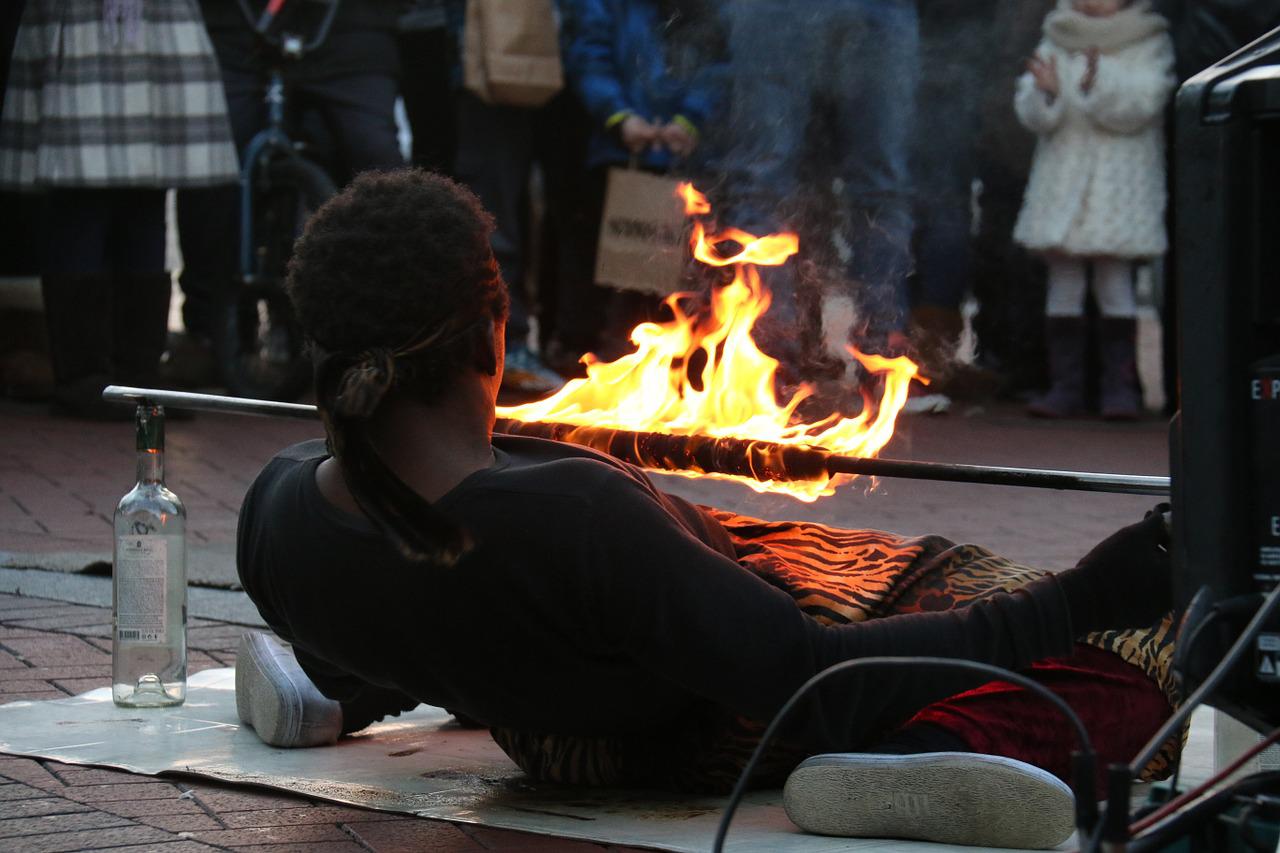 Remember the limbo? It was a dance fad kind of like the Olympic high jump in reverse: Instead of leaping over a horizontal bar, you duckwalked under it to calypso music, with the crowd squealing, “How low can you go?”

As it happens, in the culture of Western Civ, Limbo is also the name of a place on the edge of hell. Either way, you have an apt metaphor for the spot that the USA is in as we enter the summer of double-deuce.

Lots of things are going south all at once: the stock markets and bond prices, Bitcoin is doing a vanishing act. The Colorado River reservoirs, Lake Powell and Lake Mead, are so low that, by September, both water and electricity may run out for a vast region that includes Phoenix, Las Vegas and Southern California.

The housing market is tanking (suburbia’s business model is broken). Whole herds of beef cattle roll over and die out on the range. Fertilizer is scarce. Food processing plants get torched by the dozen. Shortages loom.

The oil-and-gas industry is getting killed four ways: 1) Our stupid Russia sanctions queered long-standing global distribution arrangements, 2) The industry is starved for capital, 3) Depletion is seriously kicking in and 4) “Joe Biden” and the knuckleheads running the EU countries are trying to kill it so as to usher in a Green New Deal that just doesn’t pencil out.

The car dealers have no new cars on their lots, and pretty soon they’ll run out of decent used cars — which, these days, are often priced higher than the non-existent new cars. How’s that for a business model? Plus, the financially beaten-up middle class can’t afford cars in either case, and increasingly can’t qualify for car loans.

The airline industry reels with a sucking chest wound due to a pilot shortage (thanks to vax mandates) and the high cost of jet fuel. The trucking industry’s business model is also broken with diesel fuel over $6 a gallon — the cost of delivery exceeds the value of the cargo.

America runs on trucks and if they stop running, so does everything else. Replacement parts are growing scarce for every mechanical device in the land. It’s getting harder to fix anything that’s broken.

“Joe Biden’s” proxy war against Russia in Ukraine isn’t working out. It was flamboyantly stupid from the get-go. We deliberately broke the Minsk agreements for a cease-fire in the Donbas to goad the Russians into action. NATO didn’t have the troops or the political mojo to back up its U.S.-inspired bluster.

Our financial warfare blew back in our faces and actually benefited the Russian economy and its currency, the ruble. The billions of dollars in weapons we’re sending into the war are easily interdicted in transport, or else are getting loose in a world of non-state maniacs ranging from the Taliban to al-Qaida to drug cartels.

Meanwhile, Russia steadfastly grinds out a victory-on-the-ground that will leave it in control of the Black Sea and will reveal the USA’s lost capacity to impose its will around the world. In other words, our Ukraine project “to weaken Russia” brought on an epochal shift in the balance of power to our enormous disadvantage.

This is on top of more than 20 years of U.S. military fiascos from Afghanistan, to Iraq, to North Africa, to Syria, which demonstrated our reckless disregard for human life and a gross inability to carry out a mission.

This aggregate failure and display of weakness leave us vulnerable to Chinese aggression in the Pacific. There is even spooky chatter now about China venturing to invade Australia, Japan and the USA mainland. Yes, really. Is it true? Well, I wouldn’t count on it. But such talk would have been unthinkable not long ago.

Truth About Vaccines Coming to Light

With all this to be concerned about, half the American public, and the “Joe Biden” regime they insist they elected, remain in thrall to the COVID-19 horror movie and at the mercy of the deadly mRNA pharmaceutical products that were magically waiting in advance of the outbreak to profit on it.

But now all the cover stories are falling apart. It’s getting harder to conceal the deaths and injuries caused by the vaccines, including a striking drop in fertility and the permanent damage to millions of people’s immune systems that will lay them low with cancer, neurological illness and cardiovascular disease in the months ahead.

The CDC/FDA/Pharma cabal’s strategy-for-now: Keep bluffing and quintupling down on their coverup — they just sweepingly approved mRNA shots for babies. Why?

To extend the Emergency Use Authorization that shields Pfizer and Moderna from liability. It won’t work long, of course, because under settled law fraud vacates that kind of protection, and the public health officials with their Pharma cronies have orchestrated the deadliest fraud in human history.

If there is a functioning American nation left in a year or so, with a functioning legal system, the players in this cabal are going to land in witness chairs to explain why they killed so many people (“We were following The Science,” they’ll say. Uh-huh…).

By then, no one will believe their lies and it might be off to the American limbo known as Palookaville for the likes of Fauci, Collins, Gates, Bourla, Bancel, Walensky and the gang.

To try to head off anything like that, the “Joe Biden” regime just announced a second attempt to control the news flow with a White House Disinformation Task Force, to replace the ludicrous Homeland Security Disinformation Governance Board that flopped so miserably in May when its appointed chief, Ms. Nina Jankowicz, turned out to be a prime purveyor of disinformation.

The new Disinfo Task Force, led by Veep Kamala Harris — who has performed so well in her other assignment as border czar — is pretending to be all about online sexual harassment and gender bigotry. I’m sure…

It won’t work. The administration is running on empty. It staggers on like one of those groaning, brain-leaking zombies on cable TV. There’s certainly plenty of bipartisan blame to go around, make no mistake. The term “Uniparty” exists for a reason.

But the voters are poised to unload two barrels of buckshot to this monster’s head in September, if we are not prevented from holding elections by yet another bogus “emergency.”

Until then, we’re in a race to see just how much economic destruction the administration will inflict upon the American people.