Remember the Zagato Mostro that was unveiled back in 2015 with a Maserati V8 engine and a limited production of five units? Well, exactly seven years later, the Italian design house returns to the Villa d’Este with the open-top sibling, called the Mostro Barchetta Zagato Powered by Maserati.

The Barchetta looks almost identical to the regular Mostro but that is not a bad thing since the retro-flavored design inspired by the 1957 Maserati 450S Coupé Zagato has aged gracefully. Besides the absence of a roof which admittedly does a great job in enhancing the proportions, the Barchetta comes with a redesigned rear deck while retaining the rest of the heavily sculpted body panels. 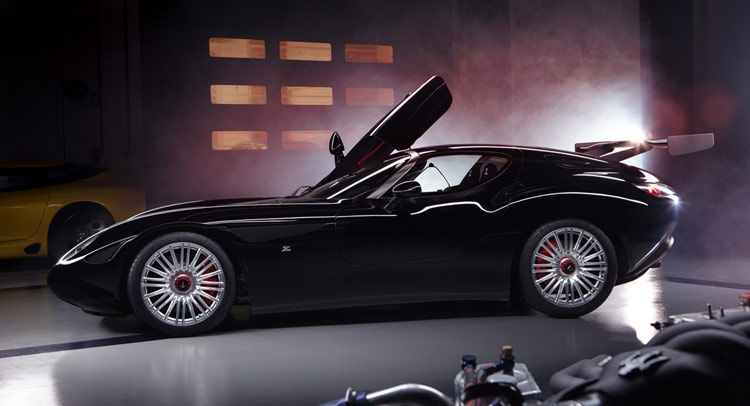 In both cases the engine is mounted in front-midship position, allowing a 50/50 weight distribution for the 1,200 kg (2,646 pounds) vehicle. Power is sent to the rear wheels through a racing-style six-speed manual sequential transmission that is mounted to the frontal block, while there is no electronic traction control.

The Mostro Bachetta is based on a carbon-fiber MonoCell chassis, with a composite structure for the windscreen frame and a steel rear subframe carrying the rear suspension, exhaust, and fuel tank. The front and rear double-wishbone suspension features a pushrod acting on the adjustable shock absorbers while the 19-inch single-nut alloy wheels are shod in mixed tires (255/40 R19 front and 295/35 R19 rear), hiding AP racing brake callipers behind them. 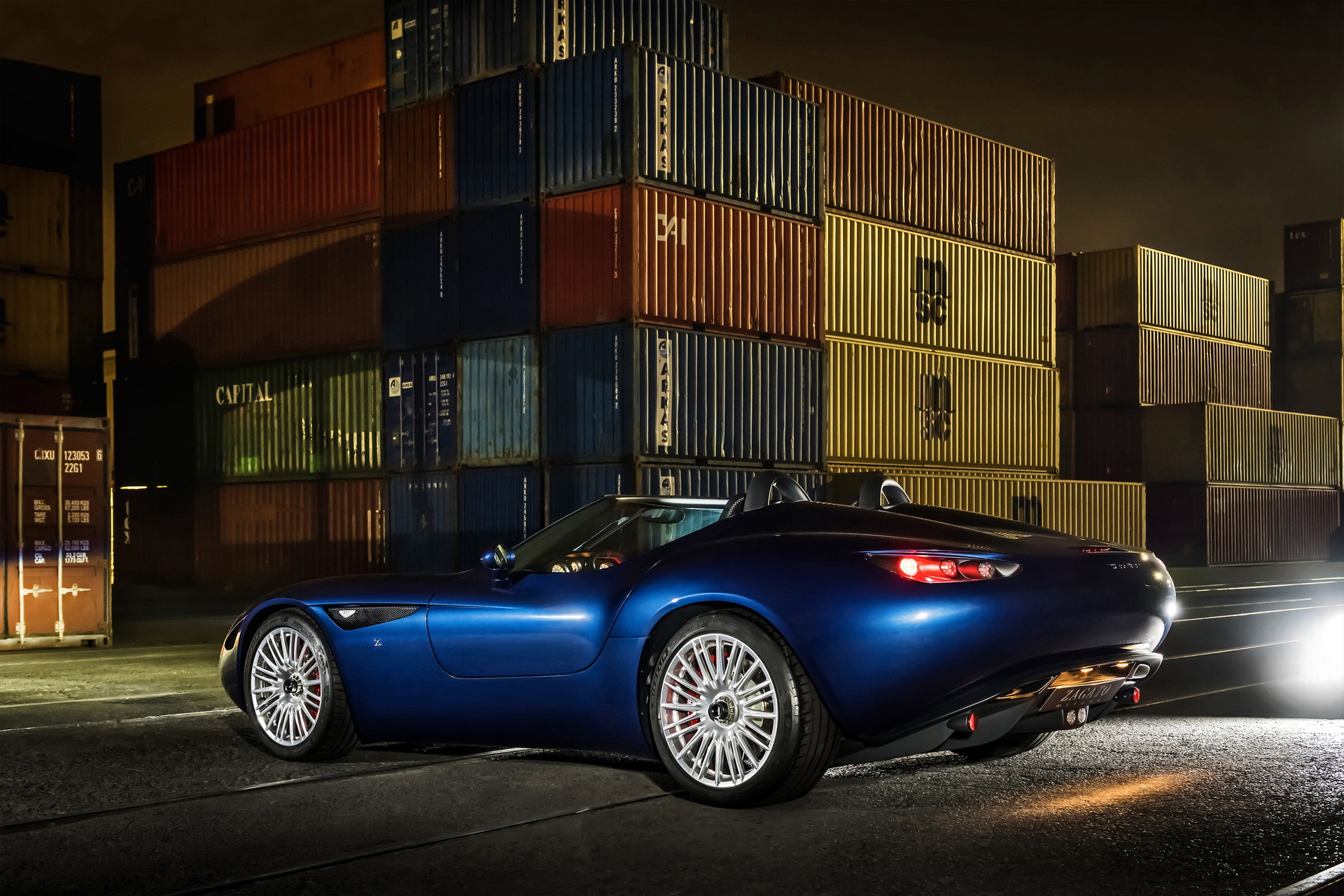 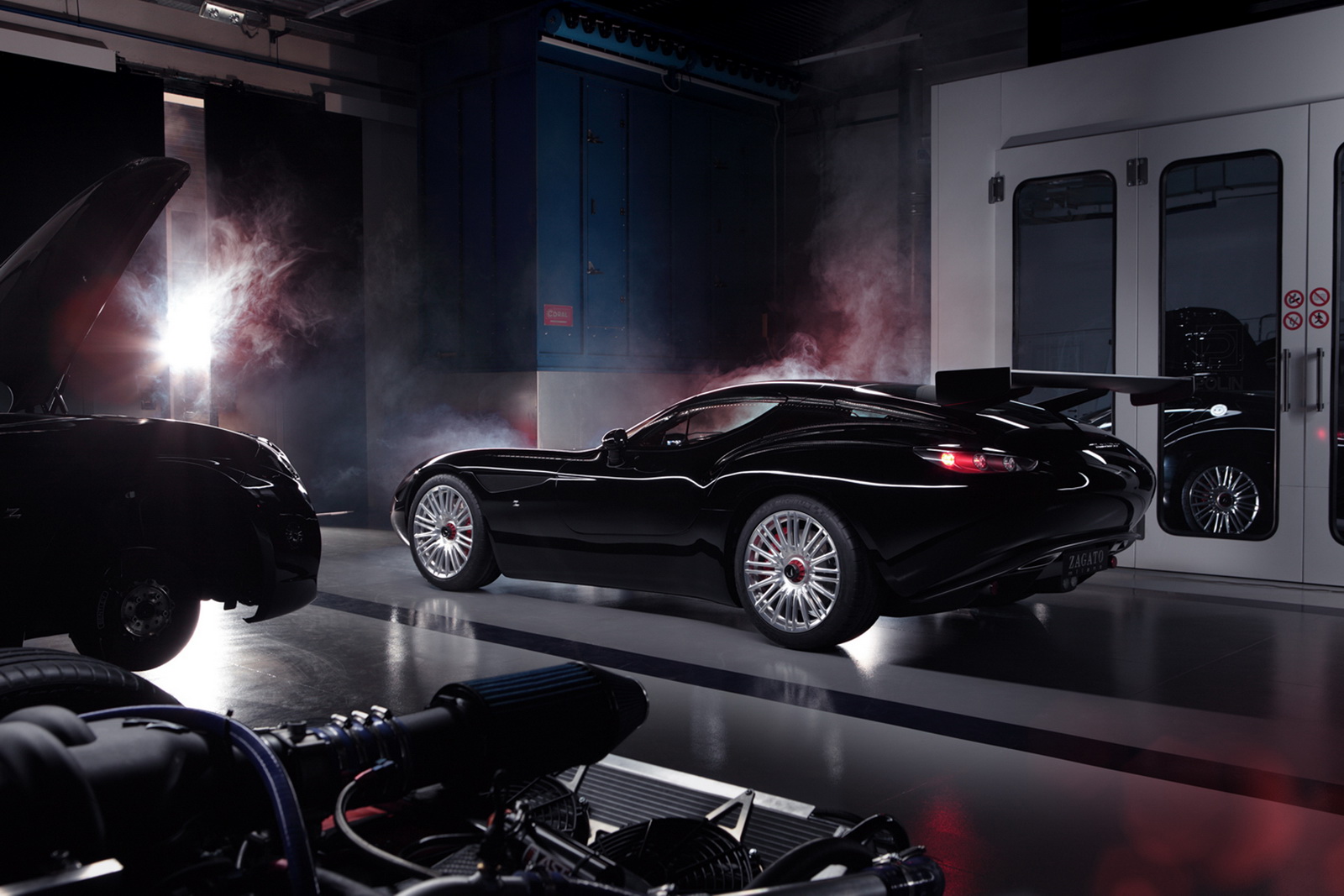 Just like the closed-roof Mostro, the Mostro Barchetta Zagato will be produced in five units. The first example was exhibited at Villa d’Este before being delivered to its owner. Most of the other four models have already been assigned to individuals from Zagato’s collector clients list, and will be personalized according to their preferences.

Pricing has not been disclosed but judging from other Zagato-designed limited production specials and the rarity of the Mostro Barchetta we are probably into the seven-digit territory. Would you buy your Mostro with the screaming V8, or choose the improved performance of the turbocharged V6?