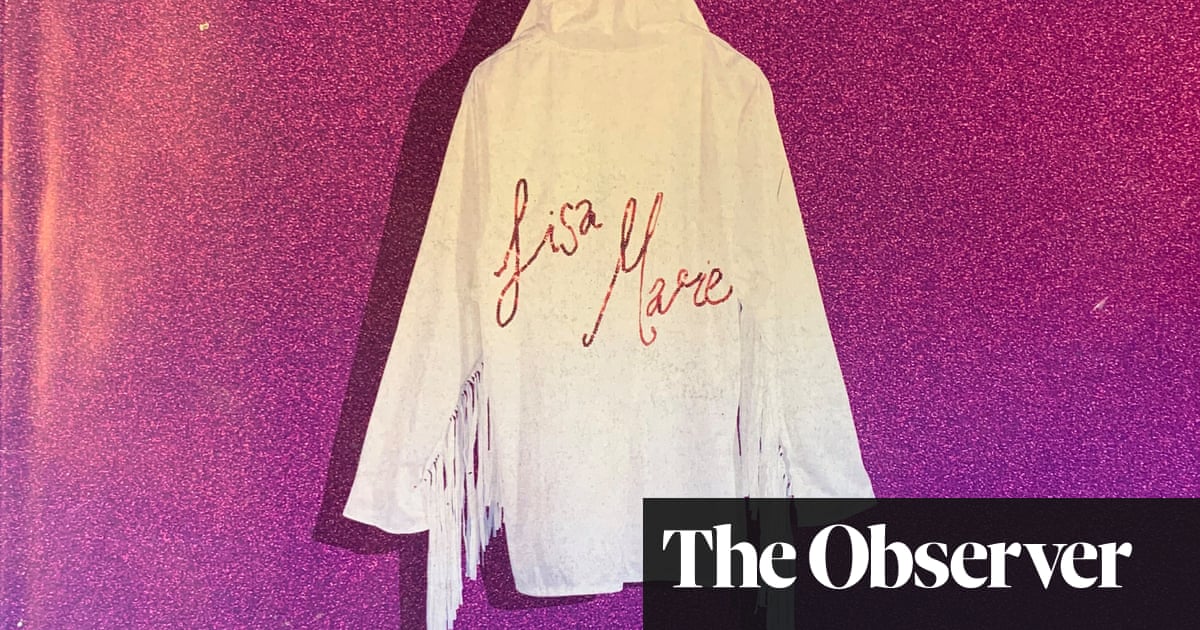 The cover story of the Observer Magazine of 30 May 1993 was Gordon Burn’s long feature on Elvis’s legacy – psychological and financial – as Lisa Marie Presley inherited her father’s $100m estate at 25 (‘Princess Graceland: The Presley Heiress’).

For a while it looked as if Colonel Tom Parker’s infamous 50% commission on Elvis’s earnings was going to mean there would be nothing left to leave his sole heir. But that was until Lisa Marie’s mother, Priscilla, decided to open Graceland, their home, to the public.’ The house made $20m a year at the time – more than Elvis himself made in any one year.

Pretty much all the details Burn includes are hair-raising: the guns, the drugs, the drink, the paranoia. ‘Eventually, Elvis’s consumption of drugs seemed as normal to me as watching him eat a pound of bacon with his Spanish omelette,’ Priscilla wrote in her memoir.

Lisa Marie was Elvis’s ‘Princess’ – as Burn argued, a term of affection with ‘overtones of sentimentality, swagger and proprietorial interest’ – and before she was even in school he had given her a present of a Harley-Davidson golf cart inscribed with her name.

Elvis and Priscilla shared custody of their daughter from 1972. ‘He’d send his jet, the Lisa Marie, to take her from LA to Utah, so she could play in the snow,’ wrote Burn.

‘Lisa Marie was so used to seeing people jump at her father’s command, that she took years to overcome this habit,’ recalled Priscilla.

But as Lisa Marie herself insisted in a rare interview given around about the same time: ‘I had the best times of my life growing up at Graceland.’