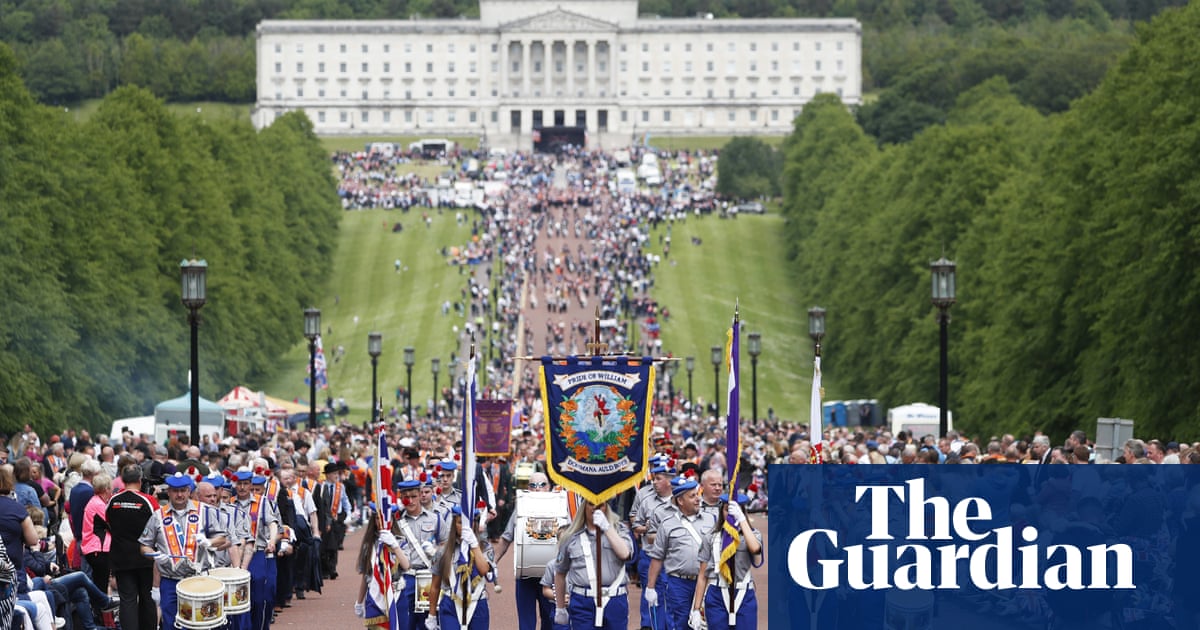 More than 10,000 people gathered at Stormont to celebrate the centenary of Northern Ireland.

While political deadlock remains, people at the centenary event were upbeat and in a relaxed mood as they fanned out across the grounds of Stormont to celebrate the past, present and future of Northern Ireland.

Grand Master of the Orange Order, Edward Stevenson, opened proceedings by telling the crowd: “From its earliest days, Northern Ireland had to face turbulent times and very many challenges.”

He was cheered as he promised that Northern Ireland will remain an “integral” part of the UK in the years to come.

The Democratic Unionist party leader Sir Jeffrey Donaldson was among many unionist politicians who joined the parade.

He told the PA news agency that the lack of a functioning Executive, which his party has prevented from forming, did not mean Northern Ireland could not be celebrated.

“We have lots to celebrate in Northern Ireland. We have come through adversity in the past and we faced it down. And we’re looking to build for the future. Of course we want to see Stormont restored, but that means restoring Northern Ireland’s place fully in the United Kingdom.”

“Everyone is welcome here and if people feel they can’t be here, that of course is a matter for them.

“But we are here to celebrate 100 years of Northern Ireland. We are proud of what has been achieved in that century and we’re looking ahead to the future,” he said.

Ulster Unionist party leader Doug Beattie said it was important to “separate” the celebration of Northern Ireland’s history from the current political deadlock at Stormont.

The event to mark the creation of Northern Ireland in 1921 comes after the Covid-19 pandemic postponed the celebrations last year.

Members of the Association of Loyal Orangewomen of Ireland, the Junior Grand Orange Lodge of Ireland, the Royal Black Institution and the Apprentice Boys of Derry, joined the parade.