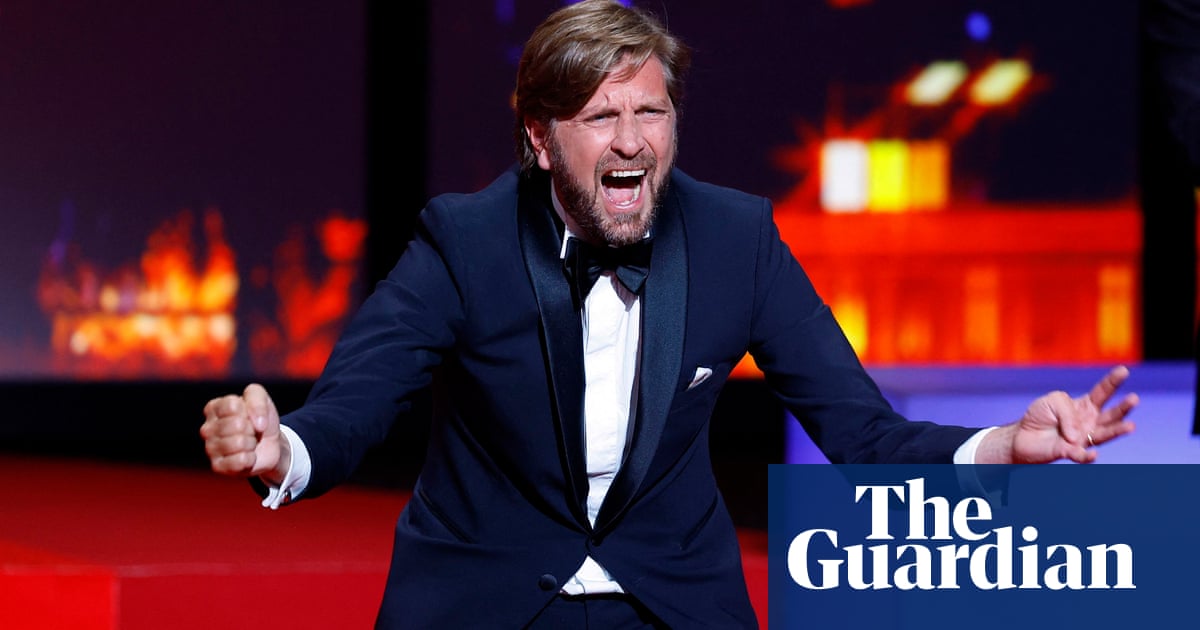 Ruben Östlund’s social satire Triangle of Sadness has won the Palme d’Or at the 75th Cannes film festival, handing the Swedish director one of cinema’s most prestigious prizes for the second time.

Östlund won Cannes’ top honour for his film The Square in 2017. Triangle of Sadness, which features Woody Harrelson as a Marxist yacht captain and a climactic scene of rampant vomiting, pushes the satire even further.

“We wanted after the screening [for people] to go out together and have something to talk about,” said Östlund.

“All of us agree that the unique thing with cinema is that we’re watching together. So we have to save something to talk about but we should also have fun and be entertained.”

Earlier, the Korean star Song Kang-ho won best actor for his performance in Japanese director Hirokazu Kore-eda’s film Broker, about a Korean family seeking a home for an abandoned baby.

“I’d like to thank all those who appreciate Korean cinema,” said Song, who also starred in Bong Joon-ho’s Parasite, which won the Palme d’Or award in Cannes three years ago.

Best actress went to Zar Amir Ebrahimi for her performance as a journalist in Ali Abbasi’s Holy Spider, a true-crime thriller about a serial killer targeting sex workers in the Iranian religious city of Mashhad. Violent and graphic, Holy Spider wasn’t permitted to shoot in Iran and instead was made in Jordan. Accepting the award, Ebrahimi said the film depicts “everything that’s impossible to show in Iran”.

Saturday’s closing ceremony ends a Cannes that has attempted to fully resuscitate the annual France extravaganza, which was canceled in 2020 by the pandemic and saw modest crowds last year. This year’s festival also unspooled against the backdrop of the war in Ukraine, which sparked red-carpet protests and a dialogue about the purpose of cinema in wartime.

The Palme d’Or, one of film’s most prestigious awards, is famously impossible to handicap – though bookies still try their best. It hinges entirely on the deliberations of the jury, which take place in private. Last year, the French body horror thriller Titane took the prize, making director Julia Decournau only the second female film-maker ever to win the Palme.

This year’s award for best first film, the Caméra d’Or, went to Riley Keough and Gina Gammell for War Pony, a drama about the Pine Ridge Reservation made in collaboration with native Oglala Lakota and Sicangu Lakota citizens.