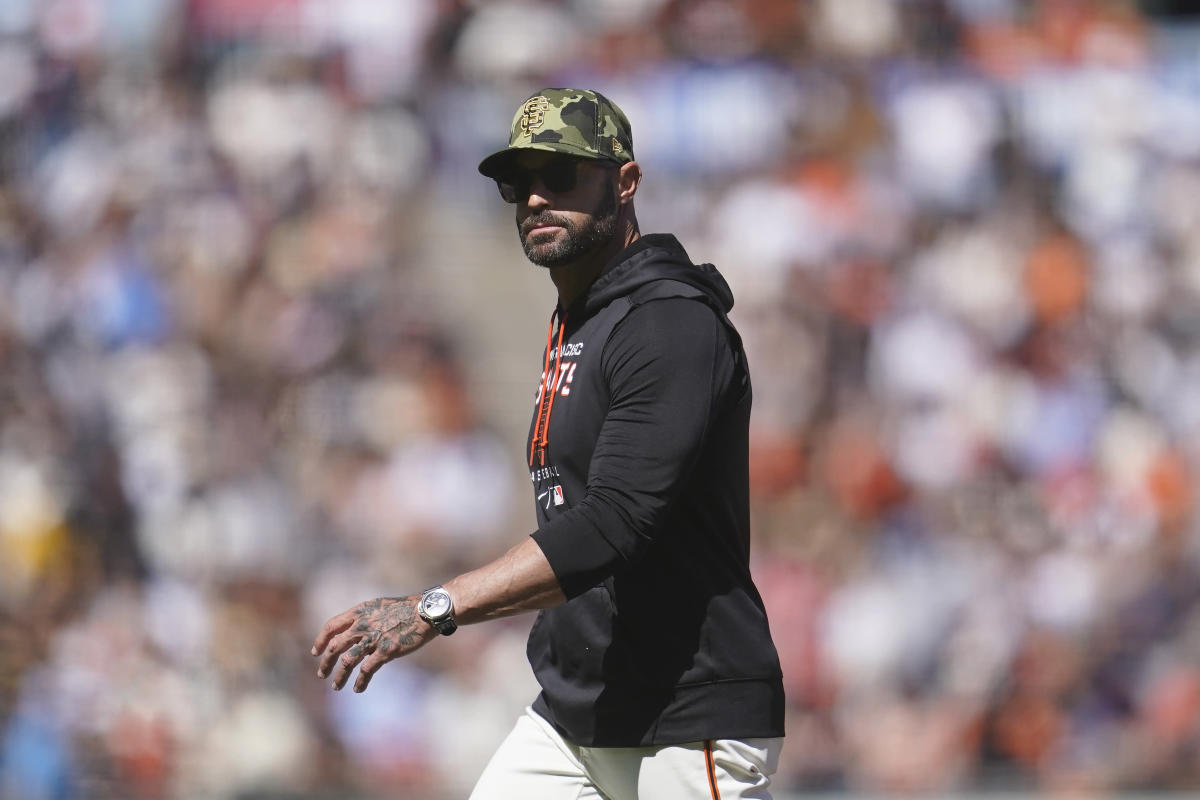 A look at what’s happening around baseball Saturday:

Giants manager Gabe Kapler says he will refuse to take the field for the national anthem in a protest over the nation’s political direction following this week’s school shooting in Texas.

“I don’t expect it to move the needle necessarily,” Kapler said before a series opener at Cincinnati. “It’s just something that I feel strongly enough about to take that step.”

Kapler said he needs more time to consider specific actions he might suggest be taken to prevent more tragedies of this type, such as stronger gun control laws. Earlier in the day, he used his personal blog to discuss the deaths of the 19 children and two teachers killed in Uvalde.

In a post titled “Home of the Brave,” Kapler wrote: “We elect our politicians to represent our interests. Immediately following this shooting, we were told we needed locked doors and armed teachers. We were given thoughts and prayers. We were told it could have been worse, and we just need love.

“But we weren’t given bravery, and we aren’t free. … We aren’t free when politicians decide that the lobbyist and gun industries are more important than our children’s freedom to go to school without needing bulletproof backpacks and active shooter drills.”

“We’re investigating it and learning as much as we can about the incident,” Kapler said. “We’re taking it very seriously. Until we have a clear understanding of what happened, not willing to discuss it.”

Corey Kluber faces his former Yankees teammates for the first time since signing with the rival Rays, and he’ll square off with New York ace Gerrit Cole.

Kluber pitched a no-hitter for the Yankees on May 19, 2021 againt another of his former teams, the Texas Rangers. The two-time Cy Young Award winner signed an $8 million, one-year deal with Tampa Bay and is 1-2 with a 4.42 ERA in eight starts.

Cole is coming off what he termed a “peculiar” outing against Baltimore in which he allowed five runs but also struck out 11 with no walks over eight innings.

Johnny Cueto takes a spotless 0.00 ERA into his third start with the White Sox, although the 36-year-old is yet to get a decision. He’ll face the crosstown Cubs after pitching six scoreless innings in each of his first two outings against the Royals and Yankees.

Cueto signed a minor league deal with Chicago after Lance Lynn was injured at the end of spring training.