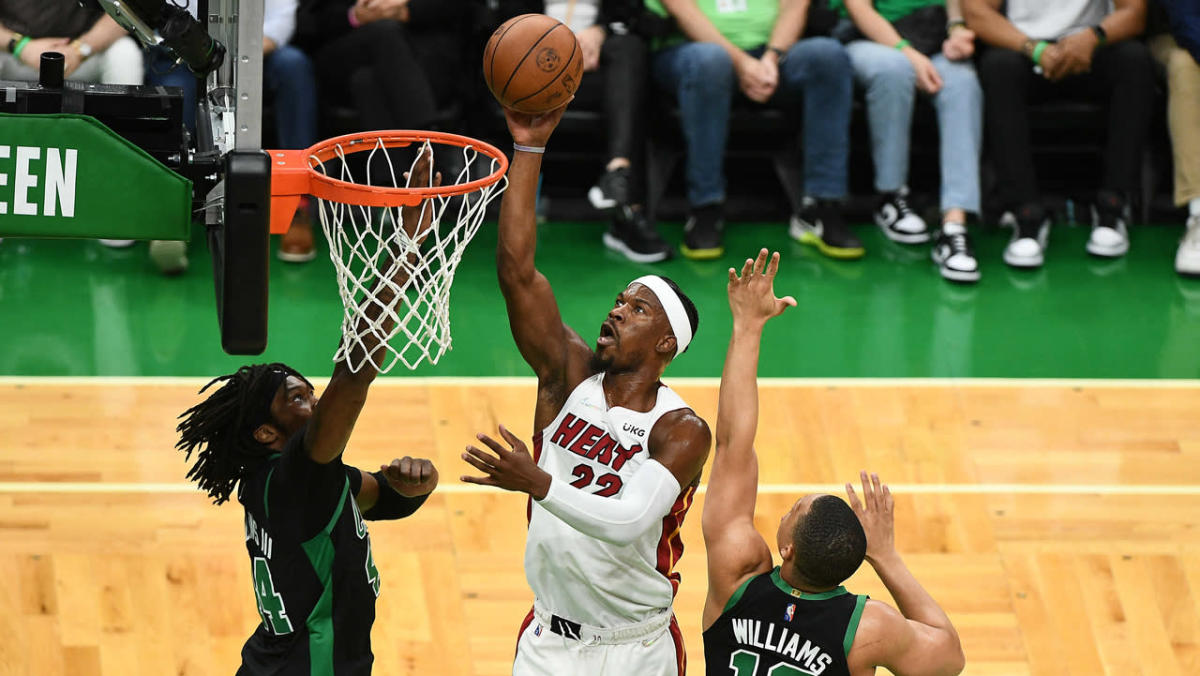 Jimmy Butler has re-entered the chat.

After scoring 41 points in Game 1 of the Eastern Conference Finals and following that up with a 29-point showing, the Miami Heat superstar had been quiet over the three subsequent games, averaging just 9.0 points over Games 3-5.

He made up for lost time and then some in Game 6, producing a stat line reminiscent of that of LeBron James in an eerily similar situation for the Heat against the Boston Celtics in the conference finals 10 years ago.

Like in the current series, Miami returned to TD Garden for Game 6 in 2012 trailing in the series, 3-2, following a convincing win for the Celtics in Game 5 on South Beach. LeBron proceeded to drop 45 points on 19 of 26 shooting, grabbed 15 rebounds and dished out five assists in a 98-79 win for the Heat to force a Game 7 — a game Miami would go on to win, 101-88, eliminating the Celtics en route to LeBron’s first championship (the Heat defeated the Oklahoma City Thunder in five games).

Butler was as good, if not just a little bit better, for Miami on Friday.

Only LeBron has scored more in Heat playoff history. pic.twitter.com/QlmUHQdmAj

After scoring 14 points in the first quarter, Butler never really slowed down, and just like in 2012, the Celtics and Heat will play a seventh game for all the marbles in Miami.

Butler, for his part, doesn’t appear to lack confidence about the looming Game 7.

Butler and LeBron’s point totals were each among the top-five highest outputs in NBA history in a postseason game on the road when facing elimination.

to make it official …

Most points in a playoff win, facing elimination, on road:

The sight of Jayson Tatum‘s performance against the Milwaukee Bucks has to ease the pain for Celtics fans ever so slightly.

Tip-off on Sunday is scheduled for 8:30 p.m. on South Beach.