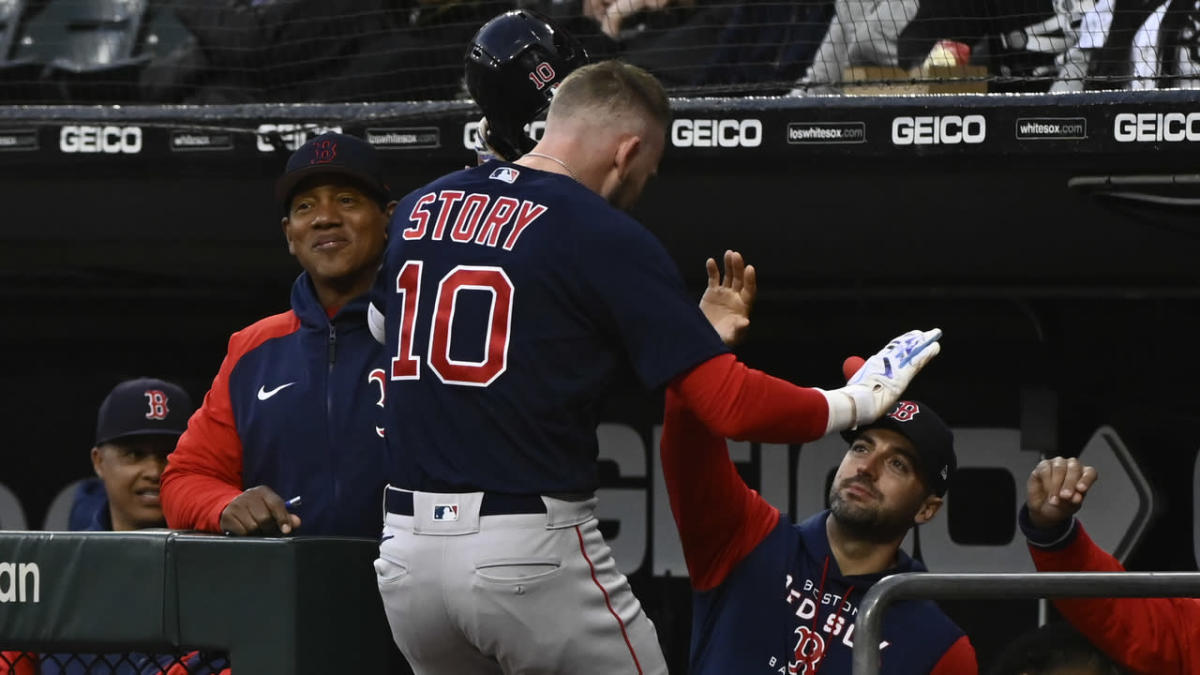 That’s one of many stats that highlight Story’s incredible turnaround for Boston. The 29-year-old infielder stumbled out of the gate with his new team, hitting just .205 with 43 strikeouts over his first 32 games and even hearing boos from restless fans.

Then Story exploded for three home runs and seven RBIs in a rout of the Seattle Mariners last Thursday, and he hasn’t stopped since.

Story launched a three-run homer in Tuesday night’s win over the Chicago White Sox, giving him a remarkable six home runs and 17 RBIs in his last five games.

Those 17 RBIs are the most by any player over a five-game span since New York Yankees slugger Alfonso Soriano in 2013, per The Boston Globe’s Alex Speier.

Boston also has won all five of those games, going 9-2 over its last 11 contests to climb back into the American League East race at 20-22 after a disastrous start. Story has been at the center of that turnaround, making history with his personal success and the team’s success.

Trevor Story of the @RedSox is the only MLB player to have 6+ HR and 17+ RBI over a 5-game span while winning all 5 (since RBI became an official stat in 1920).

Story hasn’t hit very well for average after that 4 for 4 outburst, and he also struck out four times Tuesday night to post a stat line we haven’t seen in 22 years.

He’s making his hits count, however, becoming the offensive threat the Red Sox hoped he’d be when they signed him to a six-year, $140 million contract this offseason. Story will cool down eventually, but this past week has proven he has real game-breaking ability that can help Boston boast one of the AL’s best offenses.