THIS Is Us fans have had to say goodbye to the show after it series finale on Tuesday, but many don’t think it’s over for good.

Viewers have started to predict that a spinoff show is on the way, starring one of the drama’s fan-favorite characters.

After six seasons of bringing fans to tears with its emotional storylines, NBC’s This Is Us came to an end Tuesday night with a finale that fans said left them “sobbing.”

The Big Three – Kevin (Justin Hartley), Kate (Chrissy Metz), and Randall Pearson (Sterling K. Brown) – all mourned the loss of their mother, Rebecca (Mandy Moore), after she died in the previous episode.

Along with dealing with feelings of loss, the show’s final episode also deal with the characters all looking ahead to their futures.

For Randall, that included his decision that he’s going to run for President of the United States. 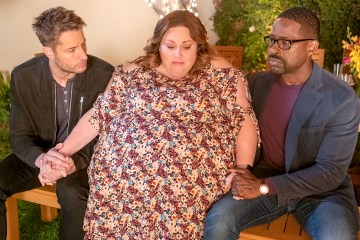 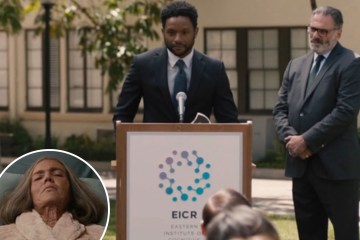 He also learned that his daughter Deja is pregnant with a baby boy.

With two big things happening in his life, fans immediately started to speculate that a This Is Us spinoff about Randall, his wife Beth (Susan Kelechi Watson), their kids, and grandkids might be in the works.

“I have decided that the finale was the perfect set up for an R&B spinoff,” one fan noted.

“We’ll get the presidential run, love on Baby William virtually, get more Tess and Annie, and see all of our other family along the way.”

They added: “Won’t be satisfied unless this happens, so let’s go!!”

Another viewer excited about the possibility wrote: “The way #ThisIsUs ended made me sure…that there will be an R&B spinoff!

“Is that not what they were trying to say?”

A third tweeted: “I feel like the finale of #ThisIsUs was just a set up for a potential spinoff around Randal and his family. (I would love to see it).”

“Still waiting for @SterlingKBrown or @skelechiwatson to announce the spin off,” wrote a fourth fan.

While This Is Us was a family and romance drama, fans said they are ready for this “political drama” spinoff with Randall to happen, noting it would still have the romantic and familial elements.

“I want to live in a world with a President Randall Pearson, First Lady Beth Pearson, First Daughters Tess, Annie, and Deja Pearson,” wished one viewer.

Another begged NBC: “I wish we could see Randall become President!!!”

Some fans already had some show title suggestions, just in case the spinoff series becomes a reality.

One idea thrown out on Twitter was President Pearson, while another was a slight spin on the original show’s title, with just a couple perfectly-placed periods.

The creative fan suggested: “Randall needs his own spinoff where he’s the president called ‘This Is U.S.’”

“There’s gonna be a #ThisIsUs spinoff, focusing on Deja. Mark. My. Words,” one fan guessed.

A second asked: “Can we get a Deja spin off? Her character is so #ThisIsUs , if that makes sense.”

“I’m going to need that Malik and Deja spinoff please and thank you,” a third begged.