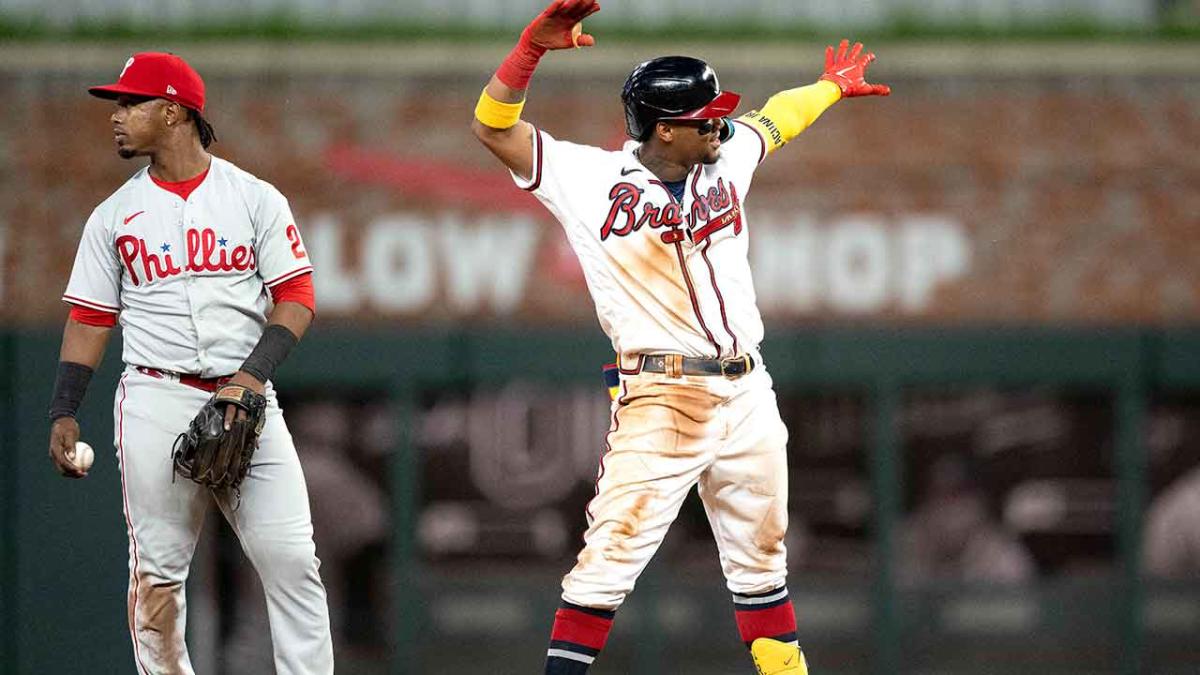 The Phillies suffered a terrible walk-off loss Tuesday night in Atlanta, falling to the Braves, 6-5, after taking the lead in the top of the ninth on Bryce Harper‘s two-run home run.

With the Phillies leading by a run in the bottom of the ninth, center fielder Roman Quinn and right fielder Nick Castellanos had a mixup on a fly ball from Ronald Acuña Jr. with a man on second and nobody out. The ball fell in, scoring Dansby Swanson from second and sending Acuña into second. Acuña scored the winning run on William Contreras‘ single up the middle.

Nick Nelson took the loss. He attempted to close things out after pitching a scoreless eighth inning. Closer Corey Knebel had been used on consecutive days and manager Joe Girardi does not like to use relievers in three straight games.