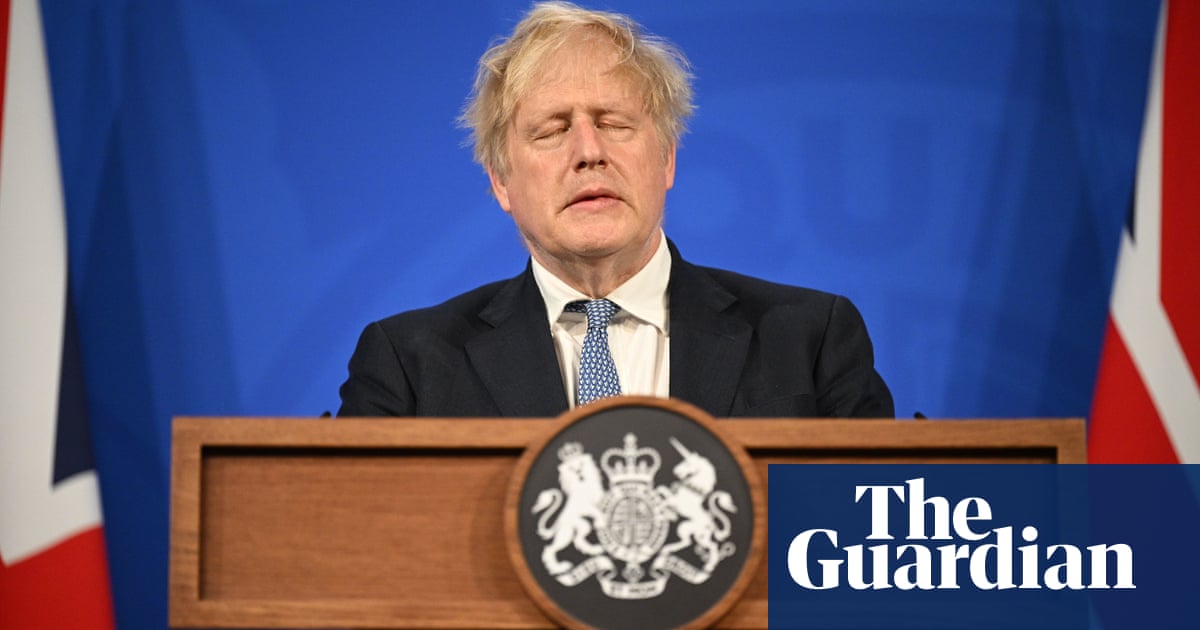 Perhaps the most accidentally telling line of Boris Johnson’s apology-meets-explanation in response to the Sue Gray report came when he outlined recent personnel moves inside Downing Street: “The entire senior management has changed.”

Aside, of course, from the man at the very top. And while Johnson insisted he took “full responsibility for everything that took place on my watch”, the Gray report eloquently chronicled what has been a refrain of Johnson’s political career – the sense of a man officially in charge, but not necessarily in control.

For many Johnson supporters, this characteristic is portrayed as a strength. He is, they argue, more chairman than chief executive, the visionary and salesman who leaves tedious detail to diligent if less talented underlings.

This way of working was perhaps most beneficial when Johnson was mayor of London, a sometimes ceremonial role with the bulk of the granular decisions devolved to subject-specific deputy mayors.

In central government, things become more difficult. The string of social vignettes set out in Gray’s report portray Johnson less as a central point of power than a sort of gilded spectre, guided between meetings and stumbling across parties, making a brief speech or raising a glass in a toast before being led off again.

If being prime minister is to captain a ship, the Johnson of the Gray report commands a cruise vessel, one where the main task involves being amiable to passengers at the dinner table.

Johnson makes a series of appearances across the 60 pages of the report, attending eight of the 15 gatherings Gray describes, but these are largely cameos, where he arrives sometimes by accident en route to his office and rarely stays for long.

In this context it is perhaps unsurprising that the single event for which Johnson was fined by police, his brief birthday party in June 2020, was organised by aides and completely unknown to the prime minister until he was taken into the cabinet room.

He was, in the famous defence of one minister, ambushed by cake. But at the same time, opponents will argue that a true leader, if presented with a room laden with sandwiches, snacks and alcohol amid a lockdown during which social events were strictly prohibited, would have walked out rather than meekly join in.

All this, of course, takes place in the context of Downing Street being both Johnson’s family home and workplace.

In one incident Gray does not criticise, and which police chose to not investigate, the prime minister joined officials for what Gray called a continuation of work meetings in the Downing Street garden, bringing down the now famous cheese platter from his own flat.

This was another of Johnson’s defences in his Commons speech after the report: the Downing Street complex covers 5,300 sq metres over five floors, and houses hundreds of staff. That is factually correct. But as Gray’s report makes clear, virtually all the 15 events she chronicles took place in a surprisingly compact suite of offices through which Johnson regularly passes.

As such, the prime minister’s appeal to MPs that he “had no knowledge of subsequent proceedings because I simply wasn’t there, and I have been as surprised and disappointed as anyone”, resembles the father of a teenager telling police he did not realise a noisy party was disrupting the street because he was in an upstairs bedroom.

As with so many things about the saga, this sense of almost irrelevance in Johnson’s role will be interpreted in markedly different ways by opposing sides of the argument.

But even for allies, the sheer extent of detail in the report makes this notably more difficult to defend. Wine was spilled, a staffer was so drunk they were sick, a near-fight took place, karaoke music played. Emails and WhatsApp messages were passed between staff about “wine time Friday”, a warning that social noise should not drown out a press conference, and about having “got away with” holding a drinks party.

This ultimately leaves two choices for those in Johnson’s camp. One is that he misled the country when he said he had no knowledge about parties. The other implies Johnson is so detached, dissociated and peripheral that the office he supposedly leads became the most Covid-rule-breaking address in England while he remained oblivious.

Neither is the ideal place in which a national leader should find themselves.