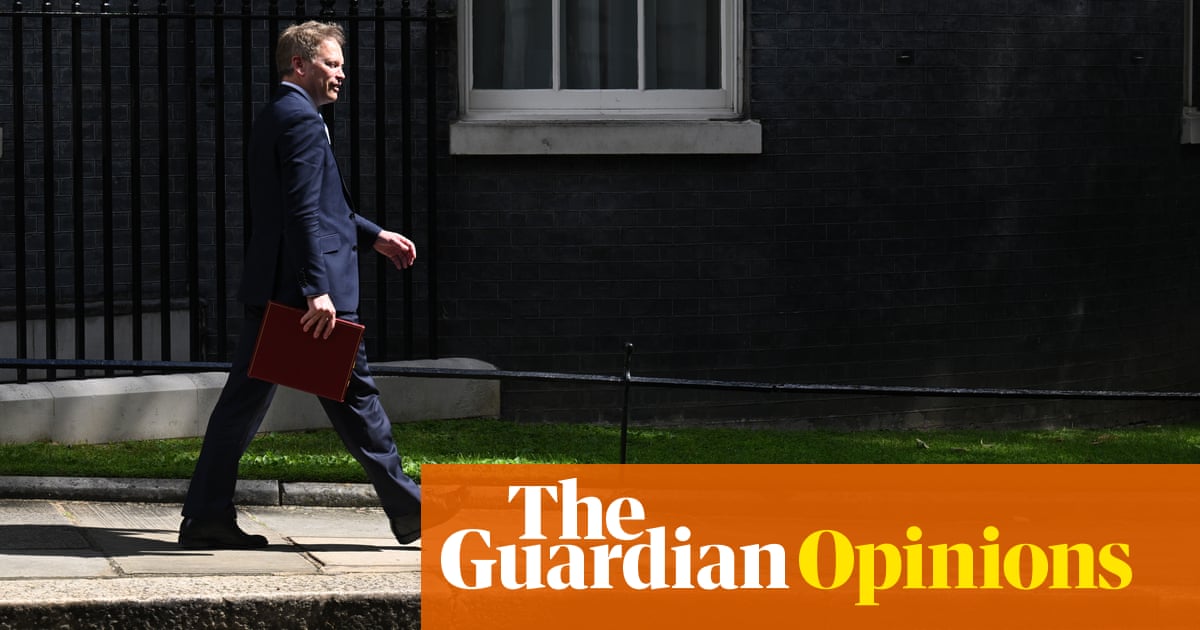 Kant. Hegel. Wittgenstein. And now Grant Shapps. The latest addition to the western philosopher kings. Amazingly, we now have to accept that Michael Green, Sebastian Fox, or whatever the transport secretary is calling himself these days, is what passes for an intellectual giant in this government. The go-to man whenever the prime minister is in trouble. The Ponzi scheme genius who can spin gossamer lies into a greater truth. Or perhaps not.

Nothing much rattles Shapps. There again, he has humiliated himself so frequently in his career that taking on Boris Johnson’s own humiliation is of little concern to him. Rather it’s a badge of honour. There is no indefensible position he won’t defend. When the Convict needs a fall guy who is a step up from the catatonic Nadine Dorries, the Shappster is proud to make himself available. A martyr to the cause.

So it was Call Me Grant who was sent out to tour the studios on the morning media round to answer questions about the photos that seemed to prove Johnson had lied to parliament and the country. It was here that we began to see the full weight of Shapps’s philosophical talents. Because it turned out that a party was not always a party. The finest mind of this generation of halfwits kindly went on to explain why.

It was like this. The Convict was just dead unlucky. Every time he happened to walk into another room, he would find people drinking and playing loud music. And he could never resist pulling a bottle of prosecco out of his red box and making a speech. Out of politeness more than anything else. There again, a briefcase could have magical properties. It could turn any party into a work seminar. God knows the number of Covid planning meetings Johnson had attended when he’d been under his desk, throwing up into a waste bin.

So there was no party and there never had been a party. People were just looking at photos of the Convict and his legless hangers on, surrounded by empty bottles piled high, and jumping to conclusions. And Shapps could see why people even stupider than himself might do this. He didn’t blame them. There were times when he had felt angry about the photos. Though clearly not now, as Grant had a huge smirk across his face. He thinks the parties are as big a joke as his boss does.

Shapps pressed on with his philosophical masterclass. The Convict couldn’t have attended any parties, other than the one he had been fined for, because he hadn’t been been issued with any other fixed penalties. The police had spent hours looking at photos and hadn’t spotted him in any of them. Grant corrected himself. Actually, the police hadn’t looked at any of the photos, which meant that Boris couldn’t possibly have been in them. After all, if a tree falls, does it make a noise if there’s no one there to hear it?

“The prime minister is mortified,” Shapps said. Not true. The Convict might have been a bit pissed off that he had been caught out telling porkies yet again, but he certainly wasn’t mortified. That would have taken something like a conscience. A sense of shame. The closest a narcissistic sociopath can get is a feeling of self-pity. The solipsist’s apology for compassion.

Sad face. Boris had just been a little confused about what party he attended – nearly all of them – because he was reeling from the death of his mum. The Chronicle of a Death Foretold. Johnson’s mother had actually died about 10 months later. But the Convict liked to get his grieving done in advance. Or something.

By now, the Shappster was running on fumes. None of his interviewers could keep up with his brilliance. If he wasn’t so obviously a Nobel prize-winning intellect, some might mistake him for someone who liked to play in traffic. He hadn’t lied, he lied. He liked to be up front. He had no idea why Simon Clarke might have told broadcasters Sue Gray had instigated the meeting when she clearly hadn’t. Must have been a slip of the tongue.

And he was sure the Convict hadn’t been putting pressure on Gray to shelve her report. Because that just wasn’t in his nature. He was such an honest and straightforward guy. If he had spoken to Gray it was to make sure she was OK and to see if he could help reduce her workload.

Still, Grant had done his job of being the government’s necessary idiot for the day. Which took some of the pressure off Kwasi Kwarteng who had been monstered by Labour’s Darren Jones at the business select committee. Jones merely enquired what measures the government had in mind for dealing with an energy price cap of £2,800 if he wasn’t going to bring in a windfall tax, increase borrowing or raise taxes.

Kwarteng mumbled something about growing the economy. Truly, we are blessed with a government of all the talentless in this time of crisis. Jones had to point out that the Bank of England forecast we were heading for recession and in any case people were unlikely to perceive any growth benefits before October. So the real policy was to do nothing. The Convict’s answer to fuel poverty is to wait for hell to freeze over.