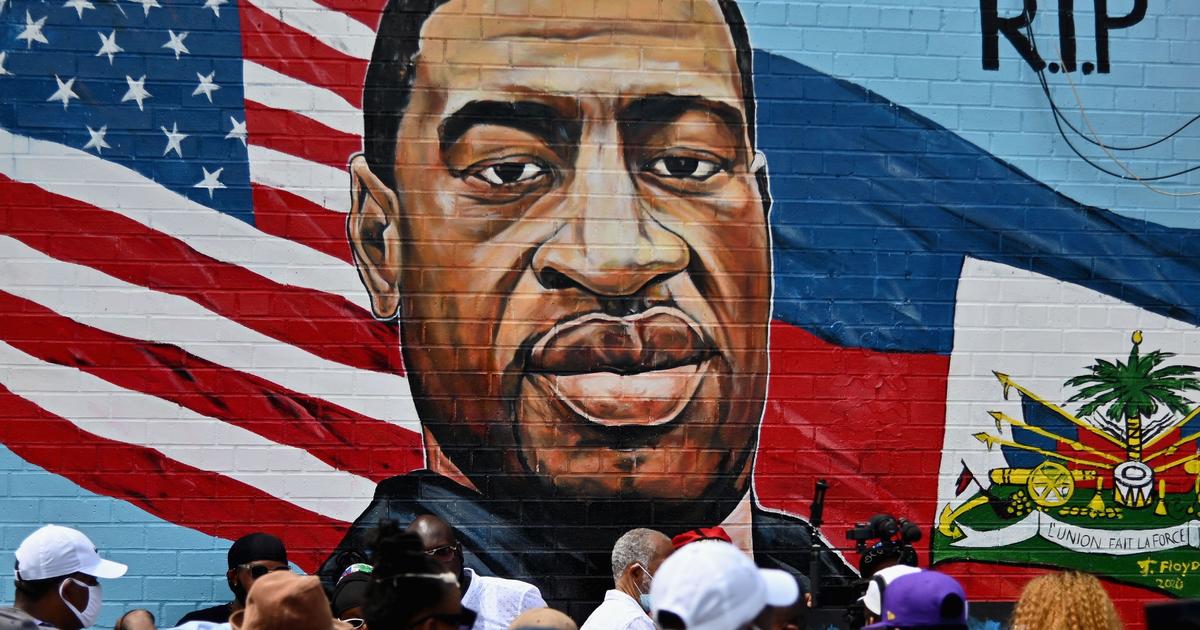 The executive order comes after bipartisan negotiations in Congress to reform policing failed last year. The  effort, which was sparked by Floyd’s death, was spearheaded by Republican Sen. Tim Scott of South Carolina, Democratic Sen. Cory Booker and Democratic Rep. Karen Bass. The Fraternal Order of Police (FOP) and the International Association of Chiefs of Police (IACP) were also involved in the bipartisan negotiations.

Two sources told CBS News that the executive order will include sections on establishment of an accountability database of officers fired for misconduct and a ban on chokeholds and a restriction on no knock warrants at the federal level. Anti-bias training is expected to be included as well.

Terrence Cunningham, a retired chief who’s now the deputy executive director of the IACP, added that some sections are expected to include strengthening officer recruitment and supporting officer safety and wellness. Cunningham also said the White House engaged with the FOP and IACP on the executive order.

He also told CBS News he hopes that the executive order, which had the input of the FOP and IACP, will be a “blueprint” for legislation and that there are “solid components” contained in it.

“I have confidence in this president and this administration,” Beatty told CBS News. “I’ll be honest with you, we’re not gonna get everybody, and that’s ok with me because our glass will be half full, and progress is moving the needle.”

On Tuesday, the Justice Department updated its federal law enforcement use-of-force policy for the first time since 2004, according to a memo sent to the department’s law enforcement components last week.

“It is the policy of the Department of Justice to value and preserve human life,” the memo reads. Approved by the Bureau of Alcohol, Tobacco, Firearms and Explosives, Drug Enforcement Agency, FBI and U.S. Marshals Service, the memo instructs law enforcement officers to use only force that is “objectively reasonable” and meant to protect the safety of the officer and others.

The federal government has not succeeded in enacting police reform in the two years since Floyd died while he was being arrested in May 2020. Chauvin, knelt on Floyd’s neck for over nine minutes, while Floyd complained that he couldn’t breathe. Three other police officers were involved in his death and found guilty earlier this year of depriving Floyd of his right to medical care. Chauvin was sentenced to 22 and 1/2 years for Floyd’s murder.

While the federal government does not have the power under the Constitution to enact laws that can directly change policing by state or municipal law enforcement, if Congress were to pass reforms, it would have the power to incentivize states and municipalities with federal grants, making funds available by requiring changes to be implemented.

The actions taken by the Justice Department, which won’t affect state or municipal police forces, dictate that in federal policing, deadly force may not be used solely for the purpose of preventing the escape of a fleeing suspect and firearms may not be discharged from a moving vehicle in most situations.

Notably, the memo directs officers to “recognize and act upon” their duty to reasonably intervene and stop “any officer from engaging in the excessive force or any other use of force that violates the Constitution, other federal laws,” or other polices.

Now, federal law enforcement officers will be trained in this kind of intervention and will also receive instruction in de-escalation tactics to help them secure compliance from an individual before force is needed.

“When feasible, reducing the need for force allows officers to secure their own safety as well as the safety of the public,” the memo says.

The memo’s mandate takes effect on July 19, and each law enforcement agency under the Justice Department’s purview and will appoint leaders to implement the reforms.