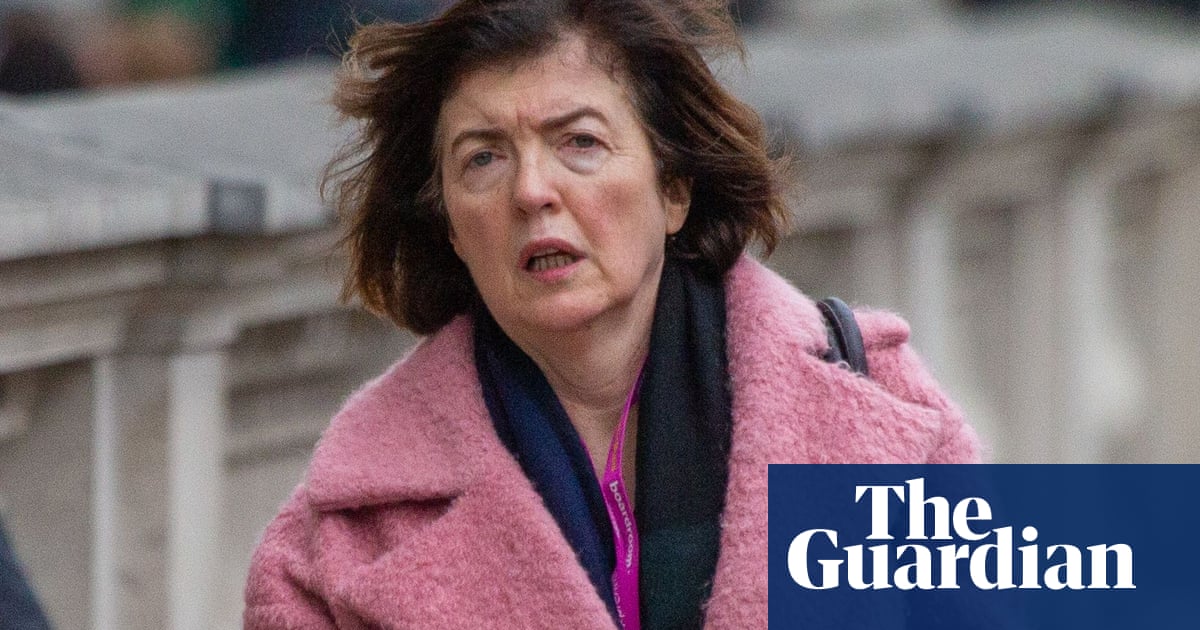 A senior minister has condemned UK government briefings accusing the civil servant Sue Gray of “playing politics” with her imminent report into lockdown-breaching parties, while arguing it was Gray who sought a meeting with Boris Johnson to discuss the process.

Monday’s Daily Mail cited a series of anonymous government “insiders” accusing Gray, the senior official tasked with investigating the Downing Street gatherings, of “playing politics and enjoying the limelight a little too much”.

Asked if he condemned such briefings, Simon Clarke, the chief secretary to the Treasury, told Sky News: “I would.”

He added: “I think the one thing I would say about Sue Gray, and I have never met her but I have heard a great deal about her, is that by repute she is one of the most fiercely independent and professional civil servants in the whole of government and brings a vast range of experience to bear, so I don’t think there is any politics.”

Gray’s report, delayed after the Metropolitan police began a parallel inquiry into lockdown breaches in and around Downing Street, is due this week, and could potentially prove highly damaging to the prime minister.

Ahead of its release, controversy has centred on a face-to-face meeting between Gray and Johnson, and who instigated it. Gray’s team has denied requesting it.

Clarke said, however, he believed this was the case, and said the meeting was used only to discuss “technicalities of the process”, such as who might be named in the report.

“There are lots of practical questions here that need to be bottomed out in terms of, for example, who can be named in this report and the extent to which photographic evidence can be included. It is important that those practical dimensions are resolved,” Clarke said.

“The question of whether any of them are named in this report, the question of what evidence is included within it, are not straightforward here, and are genuinely sensitive for people’s lives and careers and public profiles.

“I do not think that this meeting was anything other than a discussion of technicalities of the process. It would be genuinely wrong to impugn that there has been any pressure put on the nature of this report, in any way.”

Saying he had “absolute” faith in Johnson, irrespective of what Gray’s report laid out, Clarke said Johnson had apologised for his own penalty for breaching lockdown rules, and that the 126 fines issued to others should be seen in a wider perspective.

“I think we also need to remember, without excusing what happened, but by way of context, the extraordinary pressure that group of people were under during the course of the pandemic,” he said.

“They were working the longest imaginable hours under the most enormous amount of pressure. That in no way diminishes the seriousness of what happened, but it does provide some context.”