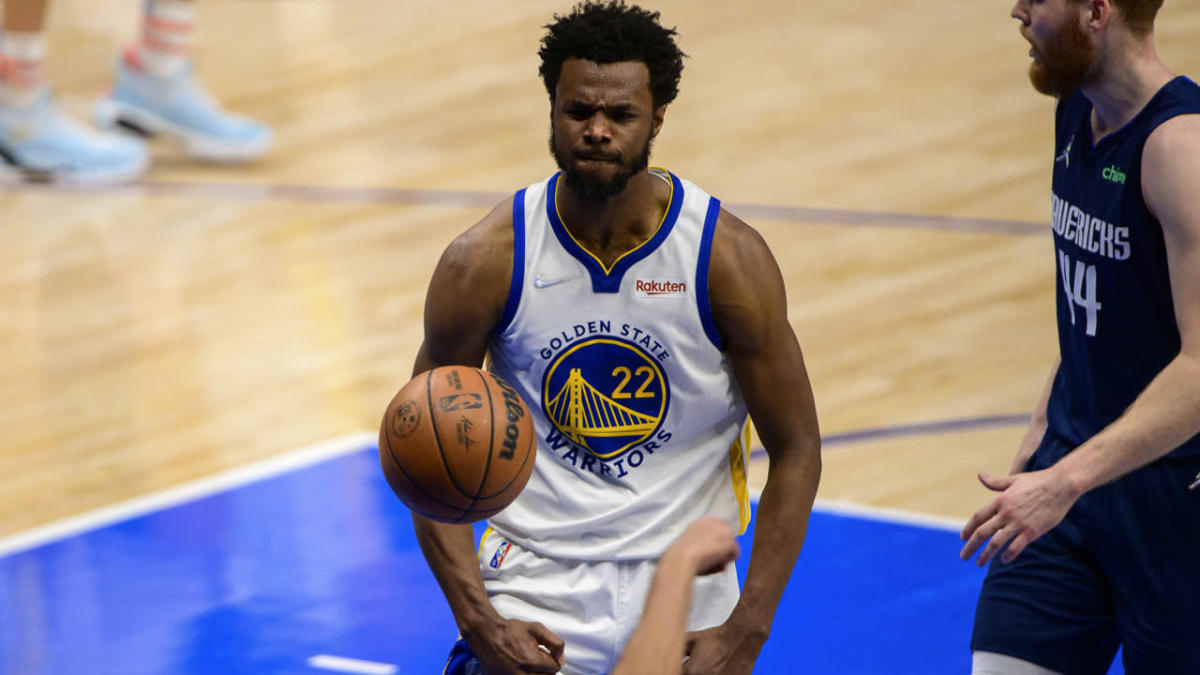 It’s not often that a morning show analyst admits something they said on air was completely wrong, but that amazingly happened after the Warriors‘ 109-100 win over the Dallas Mavericks in Game 3 of the Western Conference finals on Sunday night.

FOX Sports’ Nick Wright confessed that a 90-second rip job of Andrew Wiggins from Feb. 7, 2020 was his “most regrettable television take” shortly after the Warriors took a commanding three-games-to-none lead in the conference finals, putting them one win away from the NBA Finals.

Andrew Wiggins putting the Dubs a game away from the Finals by playing the game of his life officially makes this my most regrettable television take.

Everything about this clip has aged the opposite of well! https://t.co/rH1baTwhPJ

What exactly did Wright say about Wiggins the day after the Warriors acquired him from the Minnesota Timberwolves?

“Wiggins is a bad basketball player,” Wright said on “First Things First” more than two years ago. “He’s owed $95 million over the next three years starting next year. It’s unspeakable they did this. Listen, people think I dislike the Warriors. There are things they’ve done that irritated me. But going into this year, I thought they could be the six-seed. I thought if Klay came back at the end of the season, they could be dangerous. And starting next year, we’ll see if they can rejuvenate the old Splash Brother 15-16 team and be dangerous. It’s over for them now.

“We will never see Steph in another NBA Finals ever. They have no path forward. Draymond is 30, Klay is 30, Steph’s about to be 32 when he takes the court again in mid-March, one would assume. They are Draymond, Wiggins, Klay and Steph next year, $128 million for the cap. Cap is $115 [million]. They have no way to get better now. You can say ‘Oh they have their top-5 pick, if Minnesota is terrible next year, a good pick there. Young players do not help you in the playoffs unless you’re the Raptors. The last young player to make an impact in the NBA Finals was Kawhi seven years ago. I can’t believe Bob Myers did this.

“I’m shocked that they went this rout instead of what you’re saying, take your own pick, pair it with your best asset that you might actually move and try to get someone who can help you. I would have loved to see Steph Curry’s live reaction to this because he now has to go play with Andrew Wiggins.”

That was quite the hot take.

More than two years later, Wiggins has transformed himself from a player who hadn’t lived up to the hype of being the No. 1 overall pick to an NBA All-Star starter. Now Wiggins is an integral part of the Warriors’ rotation and has accepted the challenge of being the primary defender on Mavericks superstar Luka Doncic.

In the Warriors’ Game 3 win, Wiggins finished with a career playoff-high 27 points while also grabbing 11 rebounds. He also threw down the dunk of his life, posterizing Doncic and sending his NBA peers into a frenzy.

Props to Wright for admitting the errs of his way after Wiggins’ huge game.