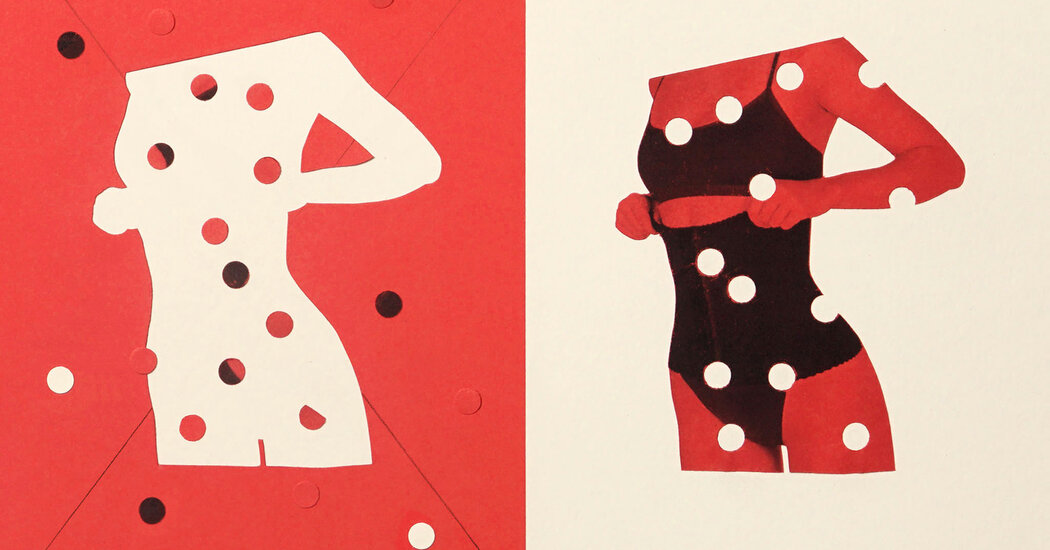 Corsets are back. In reality, they never left.

Since time immemorial, women have been sold products to narrow their midsections and flatten their bellies. In the United States, whalebone stays of the 18th and 19th centuries gave way to tight-cinch girdles under 1950s flounce.

Now, the lucrative shapewear industry and celebrity influencers have pitched certain stomach-squishing products as more than just strategies for smoothing special outfits. Waist trainers — compression devices worn tight around the midsection, and typically fastened with zippers, Velcro or a phalanx of eyelet hooks — have been branded as important tools for shedding pounds and sculpting stubborn cores.

The implication is that with regular wear, your waist will tighten and slim down, and maintain a permanent hourglass configuration. But can a waist trainer actually do that? Here’s what experts have to say about four of the product’s claims.

The idea of using a waist trainer to irreversibly mold your body into a shape of your liking is similar to that of using a retainer or mouth guard to keep teeth from shifting. If you regularly squish your midsection into an hourglass shape, the thinking goes, your body will inevitably retain that shape over time.

But, unlike teeth, which can be moved and maintained because they are bones, the fat, organs and flesh around your midsection won’t be trained into a new position, said Colleen Tewksbury, the bariatric program manager at Penn Medicine and a spokeswoman for the Academy of Nutrition and Dietetics.

Dr. Maria Lombardo, a cosmetic surgeon who focuses on breast and body surgery, said that fat cells could not be moved or destroyed.

“When you just put something around your waist to cinch it in, fat is being distorted inside that fat cell, but the fat cell isn’t breaking down,” she said. “It’s not shifting to another place. It’s just being squished.”

Many of the marketing claims for waist trainers suggest that sweating in the belly region can break down fat cells there faster. But just as fat cannot be redistributed with pressure, it cannot be sweated out either, Dr. Edward Laskowski, a professor and sports medicine specialist at the Mayo Clinic in Rochester, Minn., wrote in an email.

In fact, any post-workout weight changes you may notice are most likely a result of fluid loss.

There are some medicines that can help with weight loss, but only surgery can remove fat from a specific area. Diet and exercise are often more accessible, and even then, everything slowly shrinks all at once, no matter what you’re wearing.

There is no such thing as “target toning,” said Dr. Fatima Cody Stanford, an obesity medicine physician-scientist at Massachusetts General Hospital. “I know we, as humans, want to feel like we have control, but the reality is that we just don’t.”

Hypothetically, wearing something tight around your abdomen could make you feel fuller faster, thus limiting your calorie intake, said Dr. Amy E. Rothberg, a professor of medicine and the director of the University of Michigan Weight Management Program. But because waist trainers can be so uncomfortable, you’re not likely to wear them for long enough to make a difference in how much you eat, she said.

In one part of a small study performed in Sweden and published in 2010, for instance, researchers aimed to investigate whether corset use after weight loss in obese patients could help them maintain the loss.

But the researchers were never able to draw any firm conclusions on that topic because the corsets were so uncomfortable that fewer than a quarter of the participants ended up wearing them regularly.

“There is no scientific evidence and very limited, if any, data that waist trainers actually contribute to weight loss,” Dr. Rothberg said.

When doing a core workout, the thinking goes, intense pressure in the waist can help build muscles faster.

For some people, experts say — especially those with weakened abdominal muscles, often after a major surgery like a C-section, hysterectomy or bowel surgery — this can be true. A waist trainer may be useful in supporting them in the early stages of healing and rebuilding their core. One small 2012 study found that after patients with chronic low back pain wore a corset for six months, their pain was improved and some core muscles were strengthened.

After these patients build up their strength, Dr. Stanford said, they’ll be able to support themselves “with their own musculature.”

But absent any serious trauma to core muscles, experts warned that a waist trainer might actually weaken the very abdominal muscles that people are trying to bulk up. That’s because it can act as a crutch, forcing people to rely on the waist trainer, rather than their core, to support their trunk.

And since muscle burns more calories than fat, a waist trainer could slow down weight loss in the long run, Dr. Lombardo said.

Are there long-term risks?

Most doctors agree that you would have to wear a waist trainer way too tightly, for way too long, to harm your internal organs. And in the short term, any discomfort you might feel would probably prompt you to loosen the stays.

If you did ignore the discomfort and kept your waist trainer on, consuming too few calories would likely be unsustainable, or could even be harmful. Restrictive dieting can slow your metabolism, leading to future weight gain, or can cause disordered eating and weakness.

And constriction itself could cause gastrointestinal issues, like bloating or constipation. “This compression can also contribute to acid reflux by interfering with normal digestive flow,” Dr. Laskowski wrote.

A waist trainer can also impair the natural movement of your diaphragm, which, in turn, can affect your breathing. That’s especially true if you wear one while working out. In rare cases, Dr. Lombardo said, people could pass out.

“Having good airflow, like you’re designed to, is a good thing,” she said.

Waist trainers are part of the ever-expanding world of unproven and often ineffective products sold to women who are frustrated with their weight.

“It’s why we have a billion-dollar weight-loss industry: We want the easy way out,” Dr. Lombardo said.

That’s not to say that smoothing lumps and bumps under an outfit for a night out isn’t worthwhile for some. Confidence matters, and if shapewear makes you feel better, go ahead and slip it on. But for long term, sustainable results, following a healthy diet, incorporating strength training into your workouts and, most importantly, being kind to yourself, are much better bets.

“Nothing beats the basics of clean eating, physical activity and strength training, including core exercise,” Dr. Laskowski wrote. “The best ‘brace’ you can give your midsection is your core muscles working together, and the best ‘corset’ is your muscle ‘corset.’”