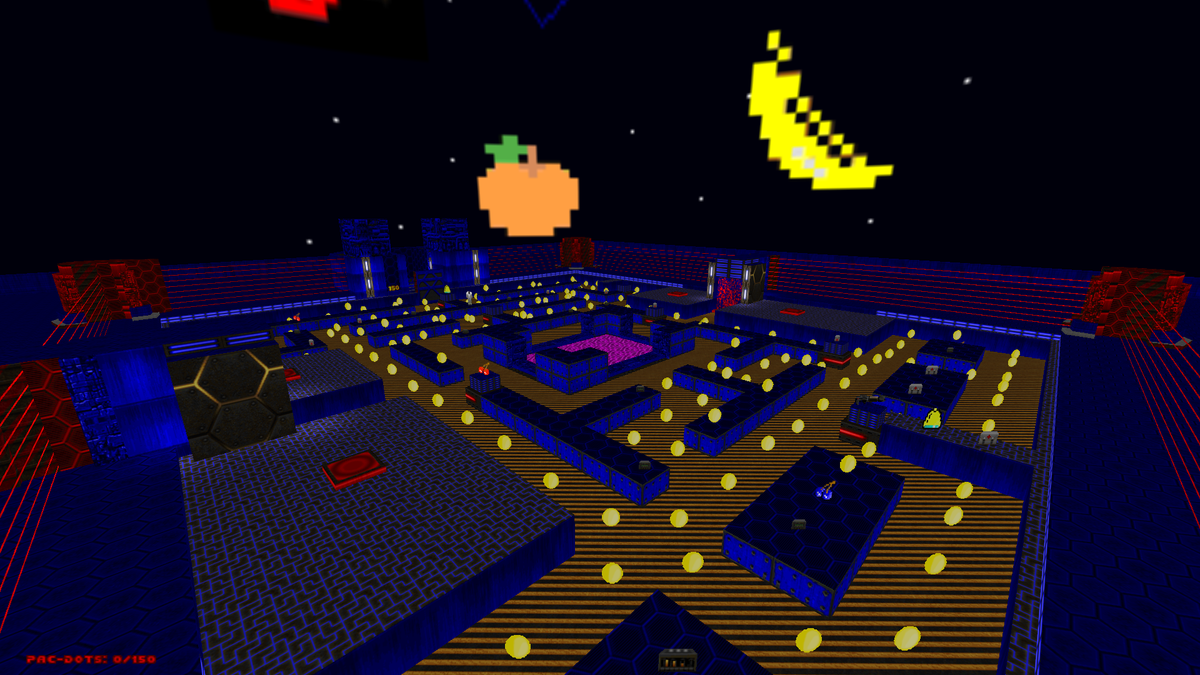 Pineapple Under the Sea is both a Spongebob Squarepants reference and a modding collective that specialises in speedmapping—themed projects that are produced collaboratively and quickly. 22 May is the anniversary of the release of the original Pac-Man arcade machine, and so this month’s project became a Pac-tribute of sorts—and doesn’t it look the part.

The mod includes custom assets to recreate elements of the arcade game, and a dozen Pac Man-themed levels. The mod group describe it as “Not too difficult, not too big, not too long. A nice (but not always easy) experience. A bunch of mappers came together and made wildly different maps, exploring what it means to bring Pac-Man to Doom II.”

As you can see, in some cases what that means is colour-coding cacodemons to resemble Inky, Binky, Pinky and Clyde. In others it’s giant pill mazes patrolled by Hell’s soldiers. In yet more there’s the slightly deranged and absurdist awe of seeing a giant pixellated banana hang above the underworld’s assembled forces.

Due to the amount of custom assets in the mod, Pineapple Under the Sea says it’ll keep an eye out for bug reports over the coming weeks and update it next month if required. You’ll need Doom II and GZDoom to get it up-and-running.

The Doom modding scene is, some would say, the original and best. It certainly has variety: recent examples let you blast through NFTs; basically play through Alien vs Predator; slice-em-up as Shinobi… heck, someone’s even made it an RTS. Personally I’ve found the most exciting recent project to be this gorgeous voxel art version of the original.

The more official celebration of Pac Man this year is Bandai Namco’s usual re-release of a bundle of the older games. This one’s pretty unusual though as, due to a long-running rights dispute, it looks like the publisher is trying to airbrush the original Ms. Pac Man out of the picture.