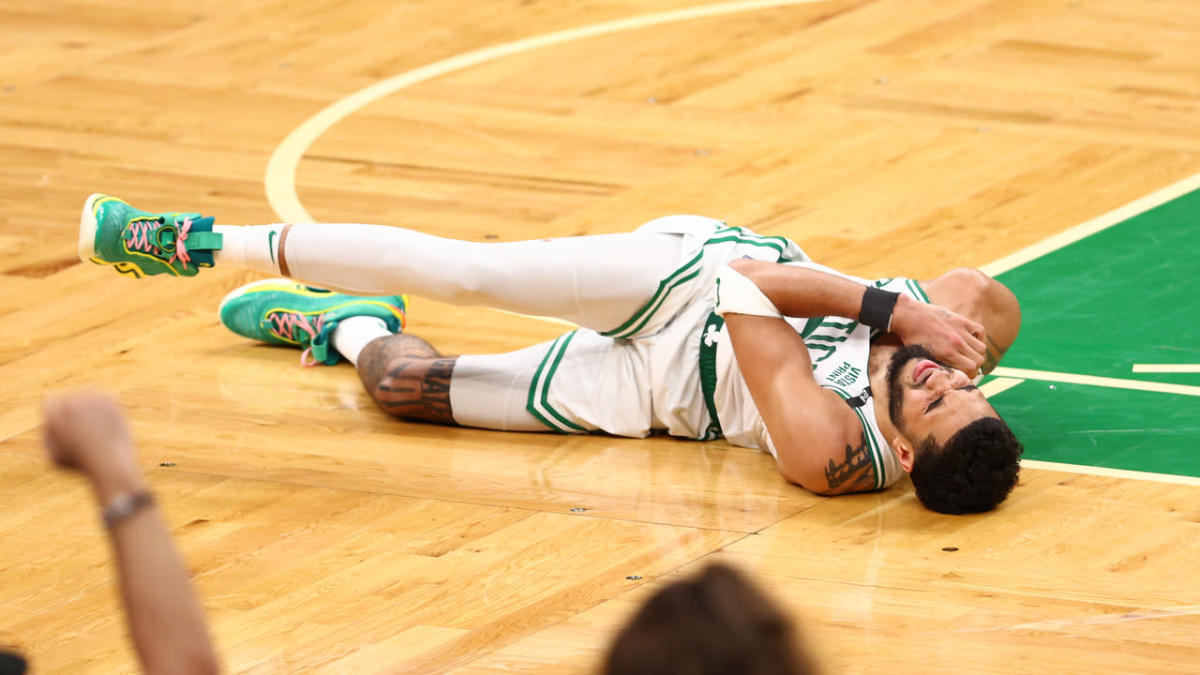 The TD Garden crowd collectively gasped when Jayson Tatum went down holding his shoulder late in the fourth quarter of Game 3 vs. the Miami Heat. The Boston Celtics star appeared to be in serious pain before exiting to the locker room.

Fortunately for the C’s, Tatum was able to shake off the injury and return to the court minutes later. Head coach Ime Udoka classified Tatum’s injury as a stinger, which is far more encouraging than how it originally looked.

Tatum explained what happened on the play and why he briefly left the court.

“My neck got caught in a weird position,” Tatum said. “Obviously, I went down. I felt some pain and discomfort in my neck and down my arm. Went and got it checked on. I started to gain some feeling back, got it checked by the doctors and decided to give it a go.”

It sounds like Tatum won’t have to worry about missing time, so that obviously bodes well for Boston’s chances of advancing to the NBA Finals. For that to happen though, the 24-year-old will have to step it up for the remainder of the series vs. Miami.

Game 3 was his worst game of the postseason thus far as he scored only 10 points while shooting 3-of-14 from the floor. He turned the ball over six times.