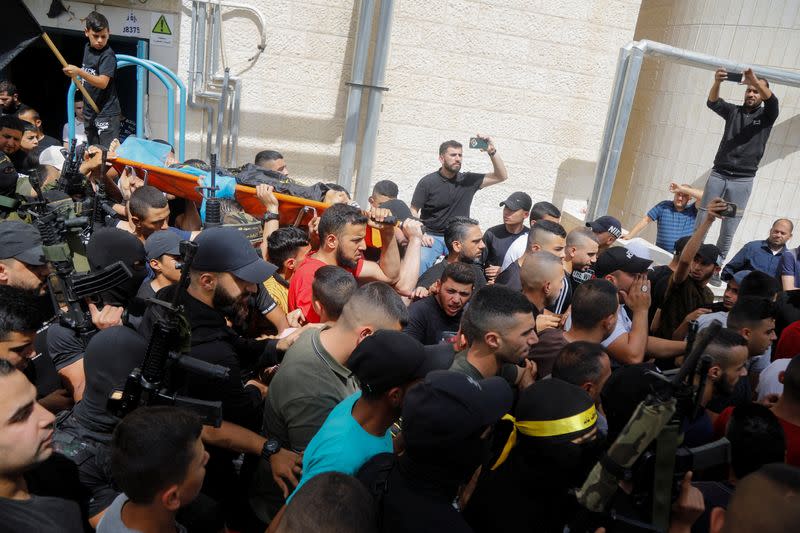 The Israeli military said Palestinian suspects fired on its soldiers and threw fire-bombs at them. “The soldiers responded with live fire toward the suspects. Hits were identified,” the military said.

It was not immediately clear whether the teen killed was one of those suspects. The Palestinian Health Ministry confirmed his death.

The Palestinian Islamic Jihad group described the teen as one of its members and said he had taken part in the fighting against the Israeli soldiers. Photos circulated on social media showed him holding a rifle.

Israel has stepped up its incursions in the Jenin area‮‮ ‬‬since late March, following a string of deadly attacks in its cities, some of which were carried out by Palestinians from Jenin, which is considered a militant stronghold.

The Israeli operations have often sparked clashes. At least 46 Palestinians, around a quarter of them in Jenin, have been killed by Israeli forces or armed civilians since the beginning of the year. The casualties include armed members of militant groups, lone assailants and bystanders.

On May 11, Shireen Abu Akleh, a Palestinian-American and a veteran reporter for the Qatari-based Al Jazeera TV network, was shot dead in Jenin during an Israeli raid, in an incident that has drawn international concern. An Israeli soldier was killed in clashes there two days later.

The Palestinians accuse Israel of assassinating Abu Akleh and have called for an international response. Israel has denied targeting her, saying she may have been shot accidentally by a soldier or a Palestinian gunman as they exchanged fire.

Since March, Palestinians and members of Israel’s Arab minority have killed 18 people, including civilians, police officers and a security guard in Israel and West Bank.

(Additional reporting by Maayan Lubell and Nuha Sharaf in Jerusalem and Nidal al-Mughrabi in Gaza; Editing by Frances Kerry)