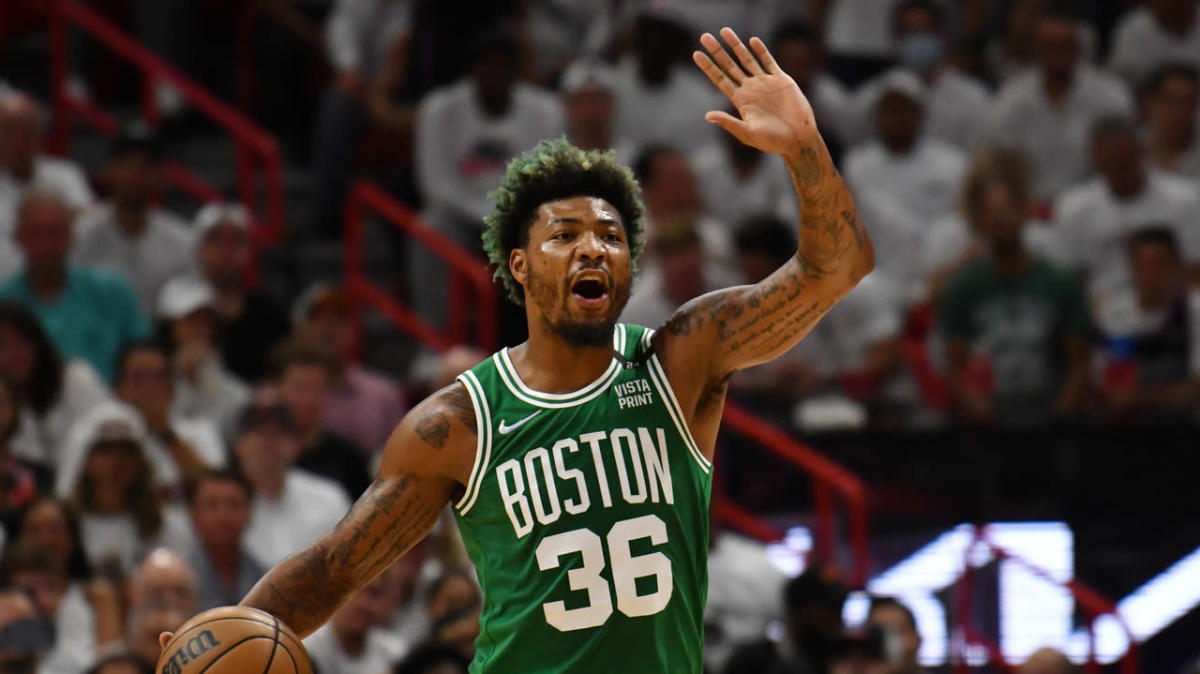 The Boston Celtics missed Marcus Smart in Game 1 of the Eastern Conference Finals, but he more than made up for lost time upon his return for Game 2.

Smart recorded the fifth double-double of his postseason career — his third this postseason — finishing a rebound shy of a triple-double with 24 points, 12 assists and nine boards in helping the Celtics extinguish the Miami Heat to even the series at a game apiece before it shifts to TD Garden this weekend.

Smart, like many of his teammates, was feeling it from deep, connecting on 5 of 12 shots from 3-point range. But it was his crossover of Heat point guard Max Strus which defined his game, not to mention elicited a great reaction from the Boston bench.

Not to pile on Strus, who signed with the Celtics on a two-way contract after going undrafted in the summer of 2019, but it was a tough night for him all around. Starting in place of the injured Kyle Lowry, as he finished just 2 of 7 from the field in 26 minutes.