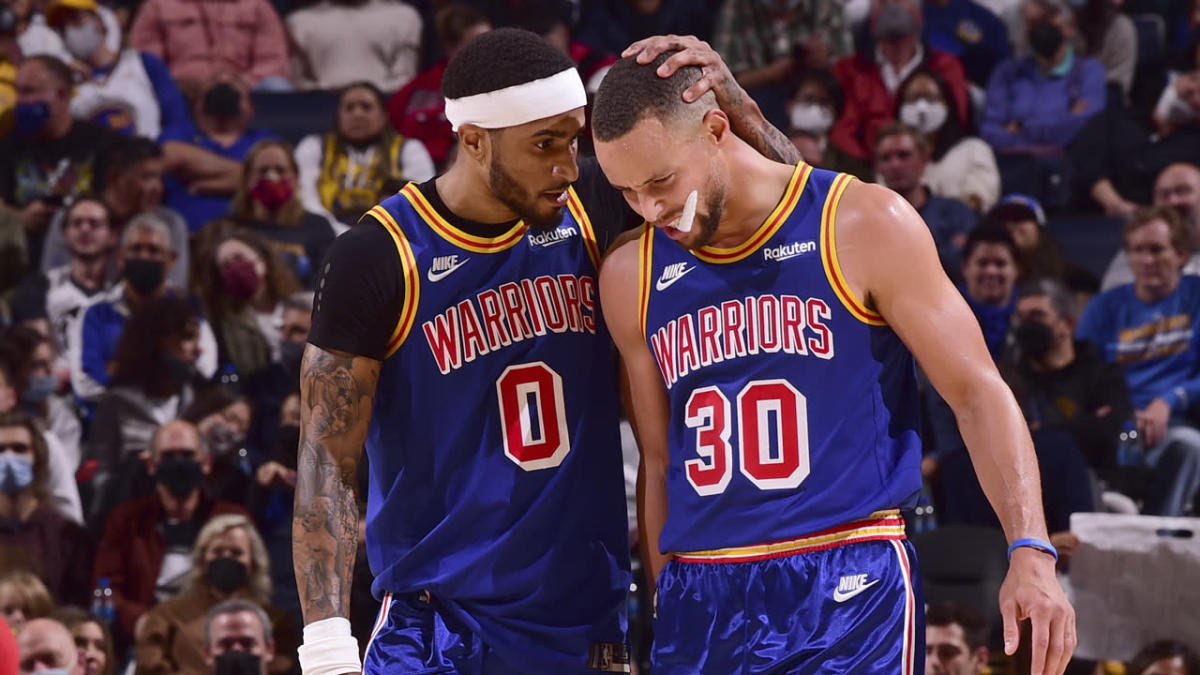 Opposing defenders usually are the ones trying to avoid getting burned by Steph Curry, not the other way around.

Before the start of the 2021-22 NBA season, Warriors guard Gary Payton II was fighting his way onto Golden State’s roster. Eventually claiming the final spot after previously being cut, Payton quickly became an important piece off the bench for the Warriors and a spark plug that would prove to be invaluable in big moments.

In a Players Tribune article released Friday morning prior to the Warriors’ Game 2 matchup against the Dallas Mavericks in the Western Conference finals, Payton recalled a hilarious story about his pursuit of Steph on defense in practice during the preseason.

“I was in the gym constantly,” Payton writes. “We’d be playing pickup or whatever, and I would just murder guys. No mercy. Just murder, murder, murder. I didn’t hold anything back. Oh yeah — and every day it was like, ‘I’m guarding Steph. Gimme Steph. 30, please.’ Every damn day. That was my thing. Not even a question. It was: 1) Walk into the gym. 2) Guard Steph. And with those matchups, I mean … he’s one of the best ever to do it. So, you know, sometimes he’d get me. But I made sure it was never easy. I’d guard him just like I do everyone else — I’d use my hands, I’d bump him, I’d irritate him. And sometimes I’d get him. We’ve both won our fair share of battles.”

Payton gave Curry such headaches in practice, that the Warriors superstar pleaded to general manager Bob Myers not to allow Young Glove to face off against him with another team.

“I always tell Steph, I tease him now, like: ‘Don’t ever let me change uniforms down the line and come get you,’ Payton added. ‘Don’t let that happen.’ He just laughs. He plays along, though, too. We’ll see Bob Myers at the practice facility, and Steph will be like, ‘Don’t let that man go nowhere and have him guarding me in games. I don’t need that, Bob.’ Hearing something like that from Steph? It means everything.

“It means I’m doing exactly what I set out to do as a Warrior: stick around — and make an impact.”

RELATED: The importance of Poole’s sneaky-good Game 1 win vs. Mavs

Prior to sustaining a fractured elbow in Game 2 of the Western Conference semifinals against Dillon Brooks and the Memphis Grizzlies, Payton played a big role for the Warriors, starting in Game 1 against the Grizzlies and offering versatility on both ends of the court.

After a stellar season with the Warriors, Payton certainly will be in line for a significant pay raise this offseason for whichever team signs him. If the fan-favorite re-signs with the Warriors, Curry can look forward to be many more headaches in practice.