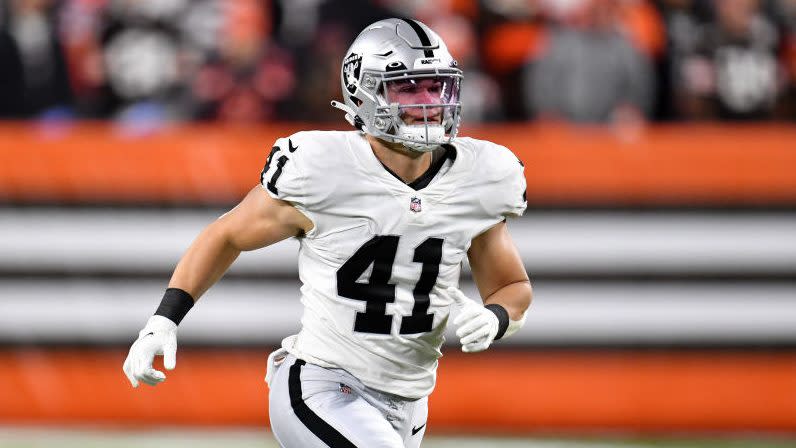 Las Vegas has officially made a pair of moves to start the weekend on Friday.

The Raiders announced the previously reported signing of receiver Jordan Veasy. As a corresponding move, the club has released fullback Sutton Smith.

Smith signed with the Raiders last November after fellow fullback Alec Ingold suffered a season-ending injury. He appeared in eight games, playing 77 special team snaps and 44 offensive snaps. He did not record any offensive statistics but did have a special teams tackle.

A sixth-round pick in the 2019 draft, Smith started his career with the Steelers. But he’s also spent time with the Jaguars, Seahawks, and Saints.

He’d never appeared in a regular-season game until last season.

The Raiders have one fullback remaining on their roster, Jakob Johnson.