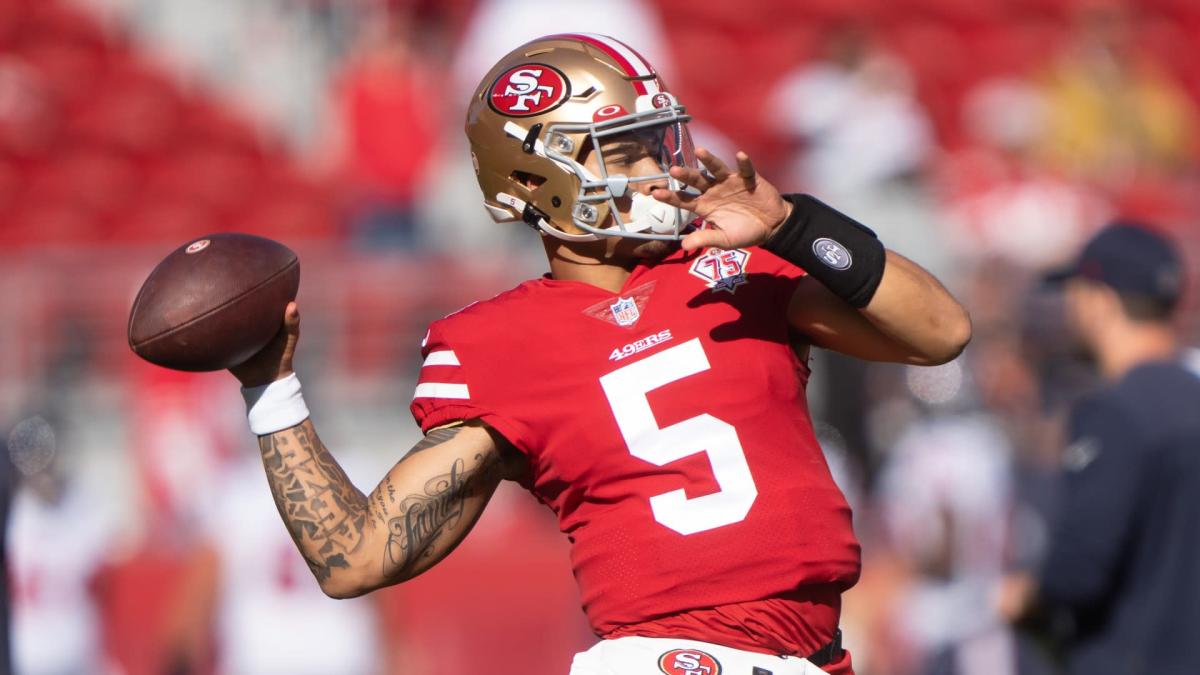 Chris Simms did not hold back with his NSFW assessment of Trey Lance during the NBC Sports NFL analyst’s annual QB rankings.

Simms ranked the presumed 49ers starter at No. 31, only one spot ahead of Sam Darnold, two spots ahead of Geno Smith. Not exactly elite company. He also says “he’s not the best quarterback on the roster,” teasing out that Jimmy Garoppolo will be ranked higher on his Top 40 QB Countdown list.

“The 49ers are maybe the best team in football,” Simms whispered into the mic after his Lance takedown.

“The 49ers are a Super Bowl team, period,” continued Simms later in the segment. “They were last year. We know that… They basically had to do some of this stuff with Jimmy Garoppolo too… That’s where I have tremendous faith in Shanahan.”

Simms also makes it clear that it’s Lance’s team now, putting the percentages of Jimmy G starting in the single digits, stating it would only happen if “Trey Lance falls off a cliff.” And of course, Simms realizes for Lance to succeed, Shanahan and general manager John Lynch need to sign disgruntled Deebo Samuel to a new contract.

Simms also takes the PointsBet over of 10.5 for overall win total for the 49ers, also admitting Lance’s running ability will open up the 49ers’ offensive playbook.

“His running is going to be a thing here,” Simms said. “It’s going to be another element of the offense that was not there with Jimmy G, that you’re going to have with Trey Lance. So that’s another way of Shanahan being able to manage this whole thing here.”

In the end, Simms calls the 49ers “a complete team” that can compete with the star power of the AFC quarterbacks.

Garoppolo got the 49ers to a Super Bowl and an NFC Championship game with double-digit leads in the fourth quarter in both games. Niners fans hope Lance can finally get this “complete team” over the hump.