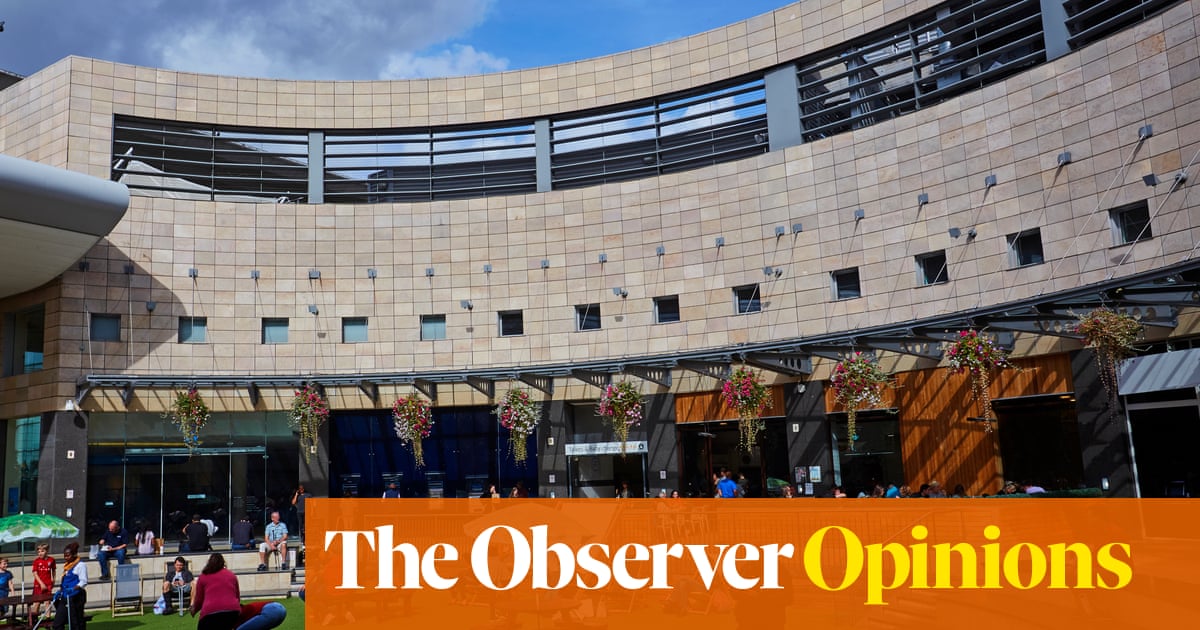 As tokenistic and implausible policies go, it’s hard to beat the concept of “street votes”, flagged up in last week’s Queen’s speech in order to “fix the country’s housing problems”, as the Conservative MP Tom Tugendhat put it. The idea is that mini-referendums can be held whereby residents of a given street can, if an “overwhelming” majority agrees, decide to enlarge and extend their properties and develop back alleys or other scraps of land.

This might sound fine in theory, but the detail is vague, probably because there are many devils in it. How do you draw the boundary that says who votes and who doesn’t? What is the definition of “overwhelming”? Who organises and pays for these votes? As the countryside charity CPRE has pointed out, a mini-boom in loft conversions and back extensions is likely to lead to more residential space for those who already have enough, rather than for those in dire need of somewhere decent to live.

The government’s emphasis on this policy, whose benefits will be at best marginal, suggests that it has all but given up on seriously addressing housing need or achieving the 300,000 new homes a year that it pledged in the 2019 manifesto. Indeed, the housing secretary, Michael Gove, has hinted that he might be drifting away on this target.

The important question is: what might actually make a difference to the neverendingly intractable problem of housing? A large part of the answer is the one thing that this government has not attempted, because it is ideologically and organisationally inhibited from doing so, which is positive public intervention in the planning and building of homes and communities. (We are talking here, it should be noted, about England only, as the other countries of the union have devolved planning policies).

Such intervention does not mean loosening the bolts on the planning system so as to entice a few more units from private housebuilders, but the creation of plans that identify where new homes might be beneficial, combined with practical support for designs that are environmentally, socially and visually successful. It also means making sites viable through such things as assembling land, providing infrastructure and decontaminating pollution and building the homes of the type and number that people need. The private sector has consistently proved incapable of doing this, as builders have little incentive to lower the value of their products by greatly expanding the supply.

It is not fantastical that modern government, both national and local, could act like this. It happens in other countries. There is a precedent for such intervention in Britain, in the postwar programme of building new towns, which created 32 towns in 20 years, where 2.8 million people now live. Although often sneered at, places such as Milton Keynes continue to grow and receive high satisfaction ratings from their residents. New towns were achieved, what is more, at little or no cost to the exchequer, as they were funded by compulsorily purchasing land and then capturing the increase in value that comes when agricultural or other types of land receive planning permission.

Rather than fund the pensions of lucky landholders, this uplift can help pay for public benefits

At present, the planning system, especially in rural areas, is a lottery: landowners who can get permission see the value of their property multiply many times. Rather than fund the pensions and holiday homes of such lucky landowners, this uplift can help pay for public benefits. The main obstacle to housing growth is the often well-founded mistrust of new development by the people who have to live near it, often known as nimbys. They can see that it brings little benefit to them and blights their view with poorly designed buildings. If the capture of increases in land value meant that there truly was more housing available for their children, or that it paid for schools, at least some of the opposition would fade away.

No one should pretend that any of this is easy. It is fantasy to think that the competing interests of people who already own homes and those desperate for somewhere to live can always be reconciled without hard decisions. On the other hand, much of the machinery for coherent and constructive actions already exists. We have government powers, for such things as compulsory purchase and strategic planning, and an apparatus of local authority planners, albeit one weakened by cuts in funding.

There are means for building publicly funded housing and capturing uplift. Local authorities are indeed building homes and sometimes schools are paid for by development. What is lacking is any kind of coordinated determination to use these means effectively and at sufficient scale. The political will that goes into motorways, high-speed railways and airports is lacking when it comes to housing.

Curiously, the seeming localism of the street votes concept is combined, in the new levelling-up and regeneration bill, with what the Town and Country Planning Association calls a power grab by central government; changes proposed in the bill will, it says, mean that there will be “no limit” to the secretary of state’s ability to overrule local authorities. In one reading, this could be a prelude to decisive and intelligent action under the benign dictatorship of Gove. More probably, we will get the worst of all worlds: ineffectiveness, uncertainty, poor consultation, the destruction of public trust and cosmetic democracy.

There clearly is housing need in this country, which brings both human misery and economic damage. There is colossal wealth locked up in the development potential of land. There are legitimate public fears about development. The means exist to use the wealth to address the need while allaying the fears, but there is not much to suggest that this will happen. Tugendhat fears that the Tories will face “electoral oblivion” if they don’t fix the housing problem. They would deserve to do so.