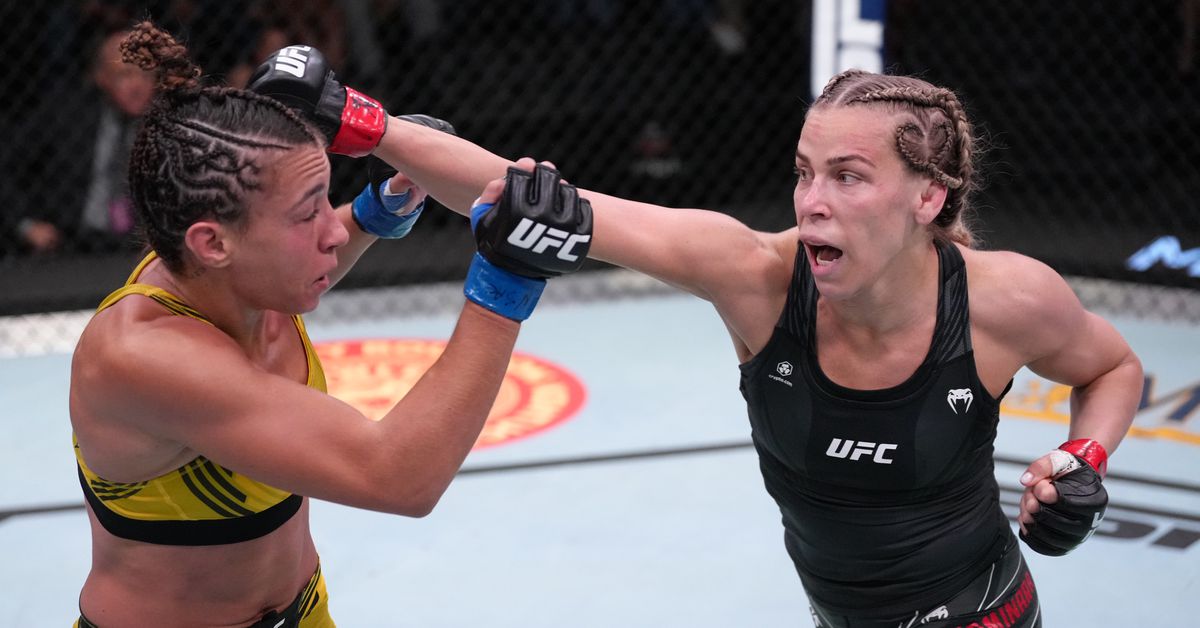 Katlyn Chookagian is a Fight Night bonus winner for the first time after six years with the UFC.

“Blonde Fighter” and opponent Amanda Ribas earned the UFC Vegas 54 Fight of the Night award for their back-and-forth three-round battle, officials announced shortly after the conclusion of the show. This is the first bonus for both women, who will each receive an extra $50,000 as a reward.

A one-time UFC flyweight title challenger, Chookagian has rarely been in the race for a Fight Night award, as all 11 of her wins for the promotion have come by way of decision. Nine of those wins took place at 125 pounds, and she has now passed champion Valentina Shevchenko for the most wins in the history of the UFC’s women’s flyweight division.

Performance of the Night bonuses went to Ryan Spann and octagon newcomer Manuel Torres. Spann defeated Ion Cutelaba with a first-round guillotine choke, and Torres won a slugfest to knock out veteran Frank Camacho in Round 1.