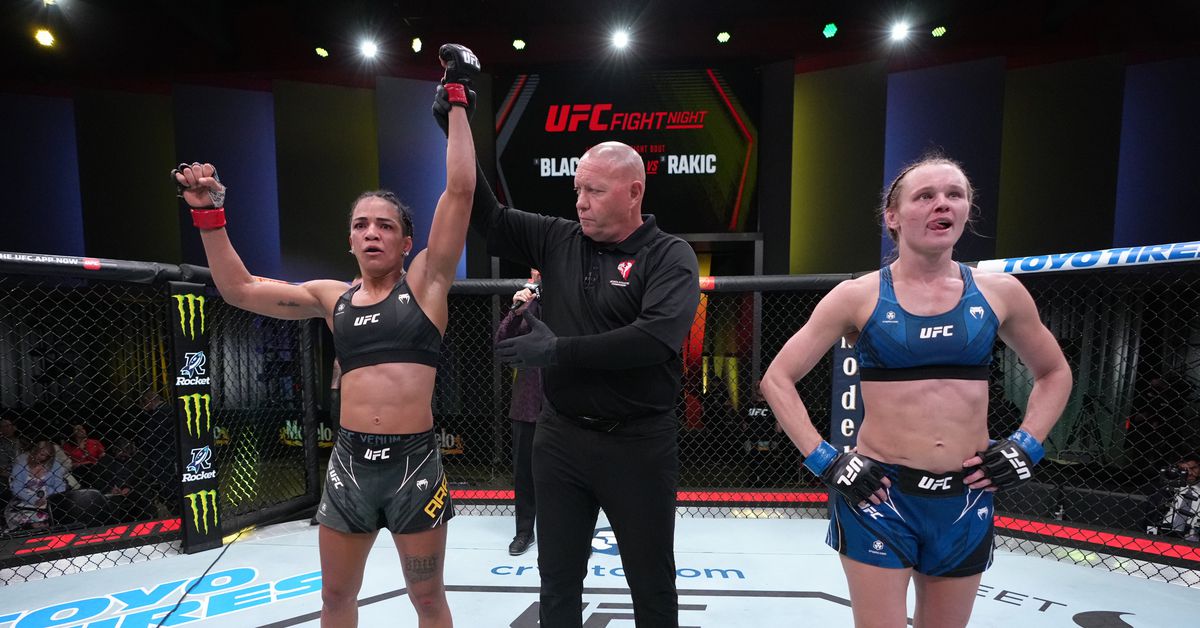 Andrea Lee lost on Saturday night — and her corner may have lost some respect in the MMA community.

In the featured preliminary bout of UFC Vegas 54, Lee went three rounds with Viviane Araujo in an exciting flyweight contest that ended with Araujo winning a unanimous decision. In between rounds, however, Lee’s coach Tony Kelley was caught on camera accusing Araujo of cheating and stating, “That’s what they’re gonna do. They’re dirty f******* Brazilians. They’re going to f***ing cheat like that.”

See a clip of Kelley’s comments below:

It’s unclear what potential infraction Kelley was accusing Araujo of.

Unsurprisingly, as Kelley’s comments spread on social media, fighters were quick to pick up on them and criticize the UFC bantamweight for his offensive statement. Bellator featherweight champion Cris Cyborg and top UFC welterweight Gilbert Burns were among them, as was Kelley’s upcoming June 18 opponent Adrian Yanez.

Check out what the pros had to say about the incident here.

I don’t like to talk bad abt corners, not an easy job, but Lee corner need a lot study to do #UFCVegas54

Already wanted a finish, but now it’ll be more satisfying.