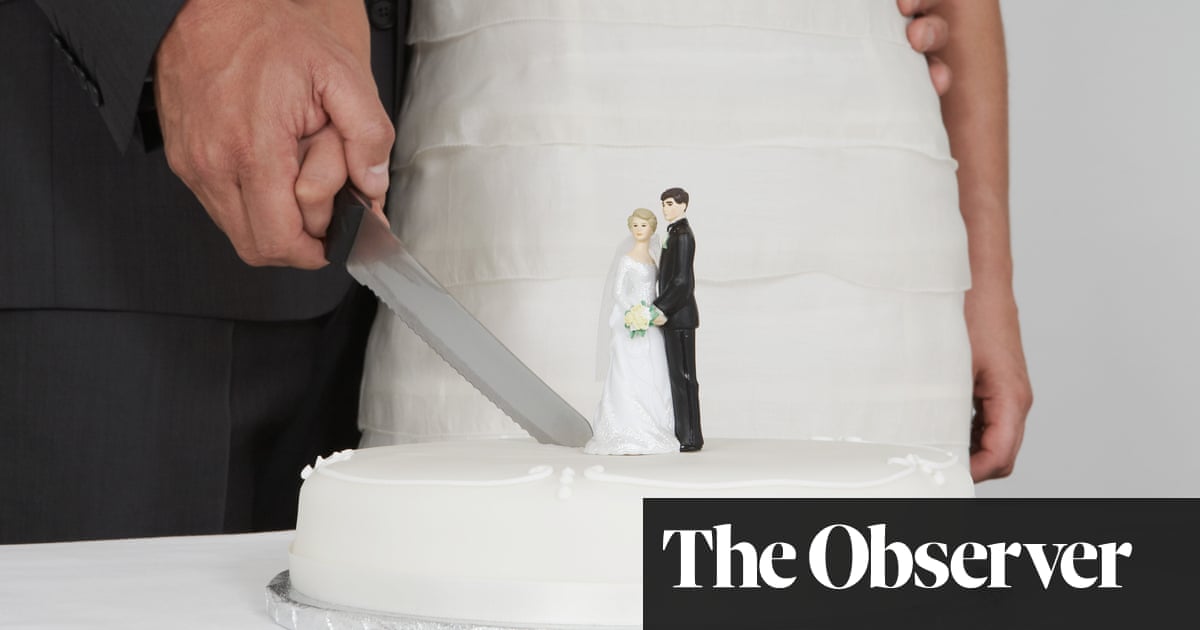 The dilemma My boyfriend proposed to me a couple years ago. I was delighted. Sadly, his family were less than impressed. Although I have a PhD, I’m American and his British family look down on me because I’m not British, and I didn’t attend Oxbridge. It’s ironic: none of them have anything near a PhD.

I told my mother about this and she subsequently refused to communicate with my partner’s mother. The plans trudged on and both mothers became unbearable.

My partner’s mother is toxic. She tore down every decision I made regarding my wedding. We chose a dreary venue, just to appease her. My partner and I wanted to hire a food truck for an evening snack, but she responded that she “hates” foreign food. Her solution? Food by the cook at the local boarding school (the food is terrible: think dry ham sandwiches).

Covid meant we couldn’t have our wedding as originally planned. I was thankful I wouldn’t have to put up with either family. My partner now wants to get married, but I don’t want to if either set of parents are going to be present. I want to elope: I love him very much and I want to marry him. But he refuses to get married without his parents present. His mother and sister both accused me of stealing him away from them. This hurt and I will never forgive them: I never not once prevented my chap from attending a family event or anything like that. He tells me I can’t change them, I need to accept it and to be nice to them. Sorry, but no. No one seems to care what I, the bride, thinks. I feel really stuck.

Philippa’s answer What you seem to want is a witness to back you up. You tried to get such a witness with your mother and that has made the whole situation so much worse. When you don’t have a witness for how you feel and how you experience the world, life can feel like a battle as you search for justice. My hunch is that any unfairness you may have experienced throughout your life may have been bottled up for a long time and it is all coming to a head with this current wedding crisis (it is a crisis for you, I can see that).

Not having the wedding or eloping won’t make any of this go away. When we don’t feel safe in the world, we need enemies. Then we find them to try to feel in control again. That emotional charge within us seems to need to find people we can consider wrong, to make us feel right.

Interpreting everything they say as an attack hasn’t been helpful

The man you love says you can’t change his family and that you need to accept them and be nice to them. It seems that in order to do that you feel that you would somehow lose out or be annihilated but, I promise, you won’t. They are important to him, so if only for his sake, you need to try to understand them, rather than judge them.

Take a bird’s-eye view of the situation: see yourself down there, trying to fight this battle, and don’t take sides. What do you notice? See if you can do this without thinking who is right and who is wrong, but just watch it unfold as you fly above it. Now you have some distance from it, you can see what part you play in this scene. What does it look like? What are everyone’s fears? How are they each handling them? How do they differ in what they dread? How are they similar? I expect everyone has feelings they are handling the only way they know how. Be curious about their feelings and about yours. Get to know how they all feel and feel for them. You might think: why should that be me? Why don’t they care how I feel? It has to be you because you feel stuck and want to come unstuck and you are the only one you have any control over.

It has not been helpful to you to interpret everything they say as an attack on you, because then you feel like counterattacking. So rather than: “I haven’t prevented him coming to any family occasion” instead try: “I can understand it must be frightening to feel you’ll see less of such a lovely man, someone so important to you. I’ll try to share him.” Look for the feelings behind how they speak to you, empathise with those feelings, try to get on the same page.

Accepting people isn’t always easy. We sometimes have to imagine what it is like to be them, and how they must feel and then feel with them. Rather than damning them with judgments I think your life would be better if you remained open with curiosity. I know they seem to judge you, but two wrongs will not make anything right.

A marriage is not just one day, it is for life. You do not want to be playing a game of who is right and superior and who is wrong and inferior for years and years. For the best outcome, aim for understanding and empathy rather than judgment and victory. One day you might become a mother-in-law yourself and experience all this from the other side of the coin.

If you have a question, send a brief email to askphilippa@observer.co.uk