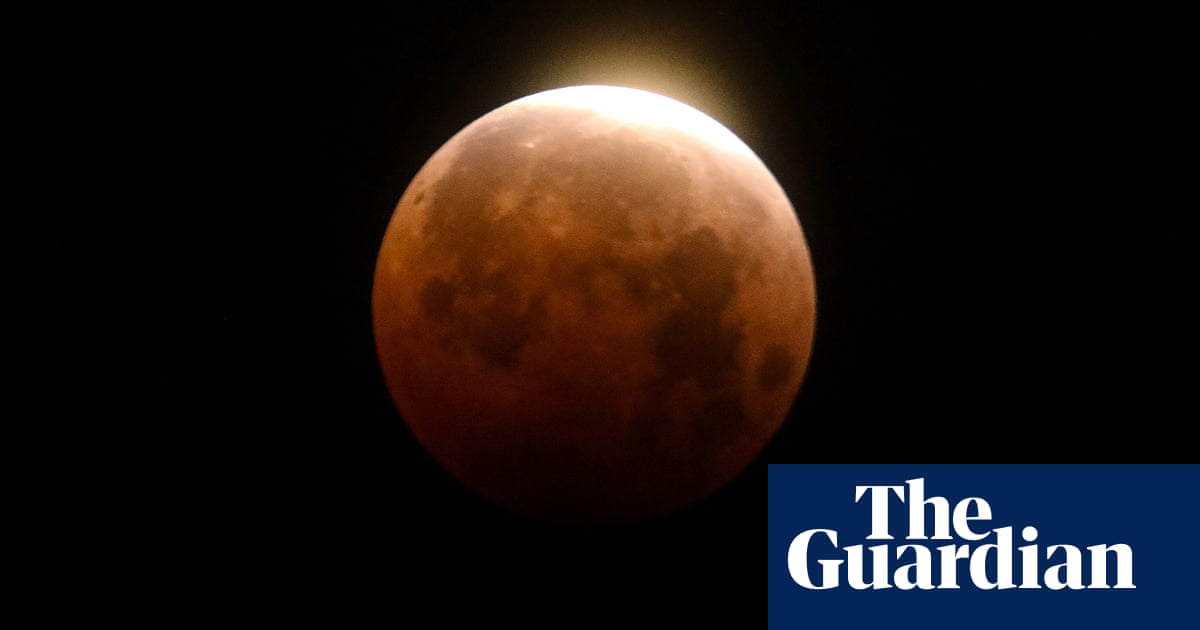 Astronomy enthusiasts will be setting their alarms for the small hours of Monday morning to catch a glimpse of a dramatic super blood moon.

The Earth will come between the sun and the moon just before dawn in western Europe, making the moon appear brick red as it falls into the Earth’s shadow. The effect is caused by the Earth’s atmosphere bending some of the sun’s light towards it.

In most of North America and South America the lunar eclipse should be visible on Sunday evening if the sky is clear.

This year’s only full lunar eclipse is happening during a super moon, when the moon is at its closest point to the Earth in its orbit, making it appear larger.

In Britain the moon will be completely eclipsed from 4.29am in the south-west of the sky. Because it will be low and close to setting, it is best viewed from a high point or somewhere with a clear horizon, such as the coast.

Dr Robert Massey, deputy executive director of the Royal Astronomical Society, said the phenomenon was “relatively unusual” and recommended getting up to see it.

“If people have a clear sky I would thoroughly recommend going out to look for it, even though it’s a completely inconvenient time of night because they can be really beautiful events,” he said.

Massey is setting an alarm for 3am and plans to travel to the coast if the sky is clear.

The last lunar eclipse with a supermoon that could have been visible from Britain was in 2019 but it was largely obscured by a cloudy night. With showers and thunder forecast for much of the UK overnight, there is a risk of the same problem this year.

For those with a clear sky, the key will be finding somewhere with a south-west view of the horizon.

Massey said: “You need to go somewhere where you’re not going to have that horizon cluttered by buildings and trees and so on. Because otherwise, particularly because it’s very low down, it will get harder and harder to see.”

Many stronomers object to the term “blood moon” as it comes from an apocalyptic prophecy in the Bible. Massey said: “I think brick red and copper-coloured are much more accurate than blood-coloured, frankly. Unless your blood happens to glow, in which case, I think I’d recommend medical treatment.”

The start of this week will bring the sorts of temperatures typically seen in the height of summer for much of Britain. On Tuesday parts of the south-east are predicted to see highs of 27 degrees, according to the Met Office.

The warm spell will, however, be interspersed with showers which may dampen any heatwave. Met Office meteorologist, Sarah Kent said: “It’s going to be very showery at times, so it just really depends on how long the sun comes out for.”