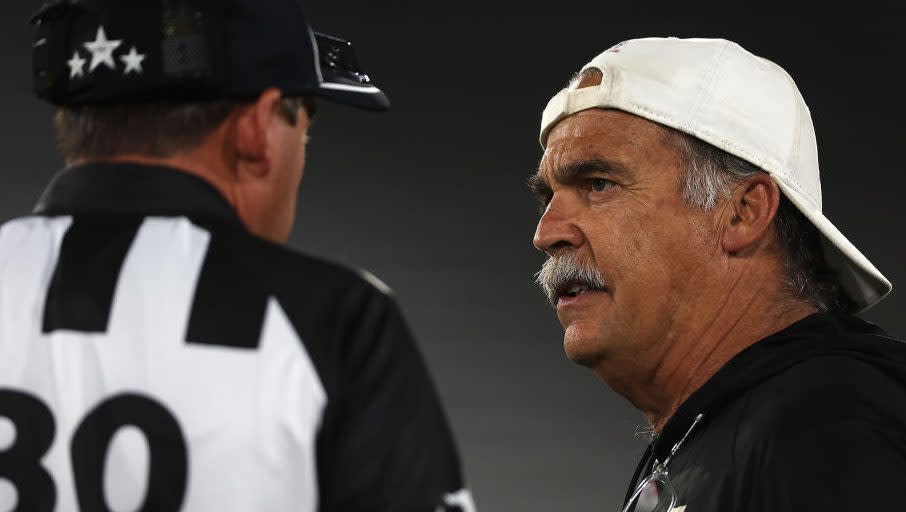 The league announced the revision on Friday morning, explaining that it specifically changed the rule after Michigan Panthers coach Jeff Fisher originally decided during a Week Four loss to go for one, called a time out, and then opted to go for two. The prior rule did not allow a change.

Fisher has asked the league to change the rule. It has.

As of Week Five, which is underway tonight on USA with the Panthers facing the Bandits, a coach can use a timeout to change the original option, if the ball has not been snapped and if the offense has not committed a pre-snap penalty. Likewise, if the defense commits a foul before the ball is snapped, the scoring team will be allowed to change its option, with the yardage applied from the new spot.

The NFL typically resists making such changes during the season, given that games already were played under the prior rule. The USFL, which as played 40 percent of its season, had no qualms about making the change.