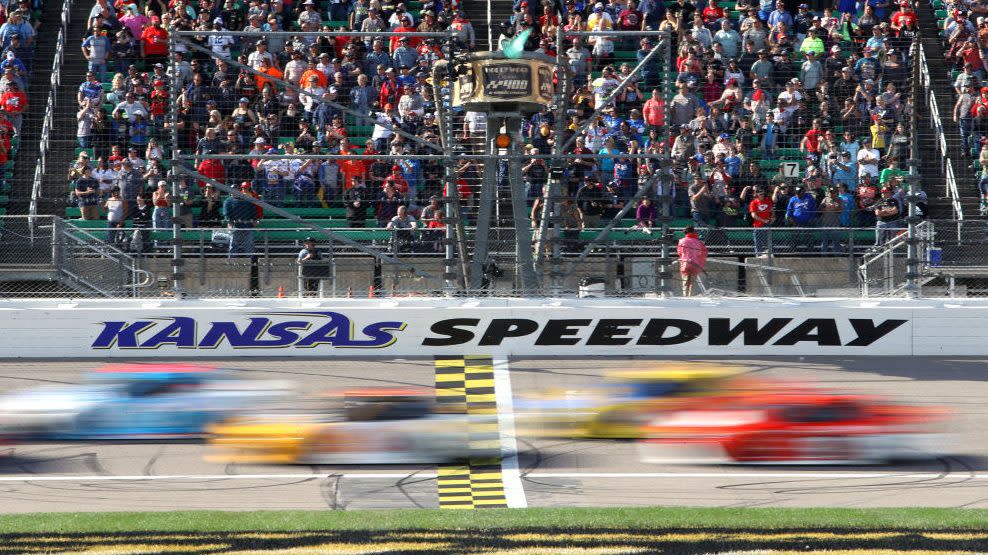 The NASCAR Cup Series hits the halfway point of the 2022 regular season Sunday at Kansas Speedway.

Joey Logano’s win last week at Darlington via bump-and-run made him the 10th different victor in 12 races this season. It also tightened the Cup Playoff picture. Only six playoff spots remain.

Can Logano continue momentum Sunday? He is a three-time winner at Kansas, but consistent results there have been hard to come by. His average finish of 17.1 at Kansas is his worst among 1.5-mile tracks.

For more key storylines to follow Sunday, check out our Kansas viewer’s guide.

START: Mitch Lightfoot, team captain of the 2021-22 NCAA men’s basketball national champion Kansas Jayhawks, will give the command to start engines at 3:01 p.m. … Green flag is scheduled to wave at 3:12 p.m.

FORECAST: Weather Underground – Scattered storms, high of 72 degrees, 42% chance of rain at start of the race

CATCH UP ON NBC SPORTS COVERAGE:

Drivers to watch in NASCAR Cup Series race at Kansas

NASCAR Power Rankings: Chase Elliott ascends to No. 1 after Darlington