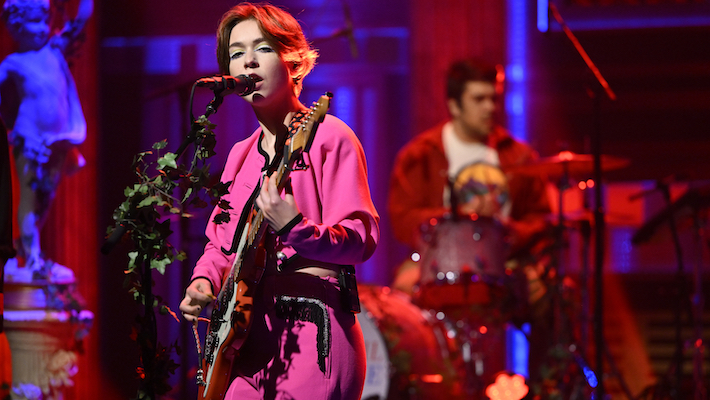 Towards the end of 2021, Snail Mail (aka Lindsay Jordan) treated her fans to the release of her sophomore album Valentine. The project arrived three years after her debut, Lush and it also became her first full-length body of work to appear on the Billboard 200 chart. Jordan called the 2021 album her “child” and noted that calling the project’s creation “the deepest level of catharsis and therapy I have ever experienced would be a huge understatement.” Six months after the arrival of Valentine, Jordan brings her talents to The Tonight Show.

It’s here that she gave a spirited performance of “Glory.” Jordan was backed by a band and a stage flooded in purple lighting and an assortment of flowers for her performance. It’s not the first late-night set she’s delivered for a song from Valentine as she stopped by Colbert to sing “Valentine” shortly after the album’s release back in November.

Despite her highs over the past few months, there have been some brief low moments for Jordan. Last fall, she was forced to postpone her tour in support of Valentine after doctor’s found massive polyps in her vocal cords. It required surgery and a recovery time of three months and speech therapy. The dates that fell within her recovery window were pushed back to August and September of this year.

You can watch Snail Mail perform “Glory” in the video above.

Valentine is out now via Matador. You can stream it here.