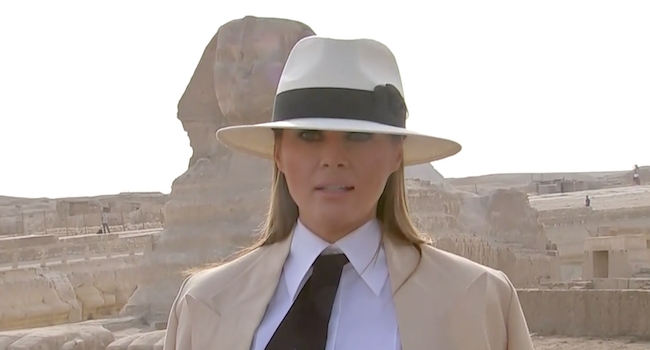 Perhaps had she been married to another president, Melania Trump would have regularly graced magazine covers as a beloved First Lady. Unfortunately she’s married to Donald Trump, a chaotic and deeply unpopular world leader who still won’t publicly admit he lost re-election. Surely there are worse indignities than never being on the cover of Vogue, but clearly the snub still gets to her.

In a fawning interview with Fox News — her first since her husband’s one-term presidency ended in violence and disgrace — reporter Pete Hegseth played into her sense of victimization, asking how she weathered “the constant criticism” for four long years, and how that was only exacerbated by her being ignored by fashion magazines.

“They’re biased and they have likes and dislikes, and it’s so obvious. And I think American people and everyone sees it,” Melania replied. Besides, she was busy. “It was their decision, and I have much more important things to do — and I did in the White House — than being on the cover of Vogue.”

During her stint as First Lady, Melania largely laid low. She rocked interesting fashion choices. She designed nightmarish holiday decorations. She launched an anti-bullying campaign, which seemed a touch oblivious. When her husband’s supporters rampaged through the Capitol building, she reportedly didn’t care. Maybe if Vanity Fair had given her the cover, maybe she would have.