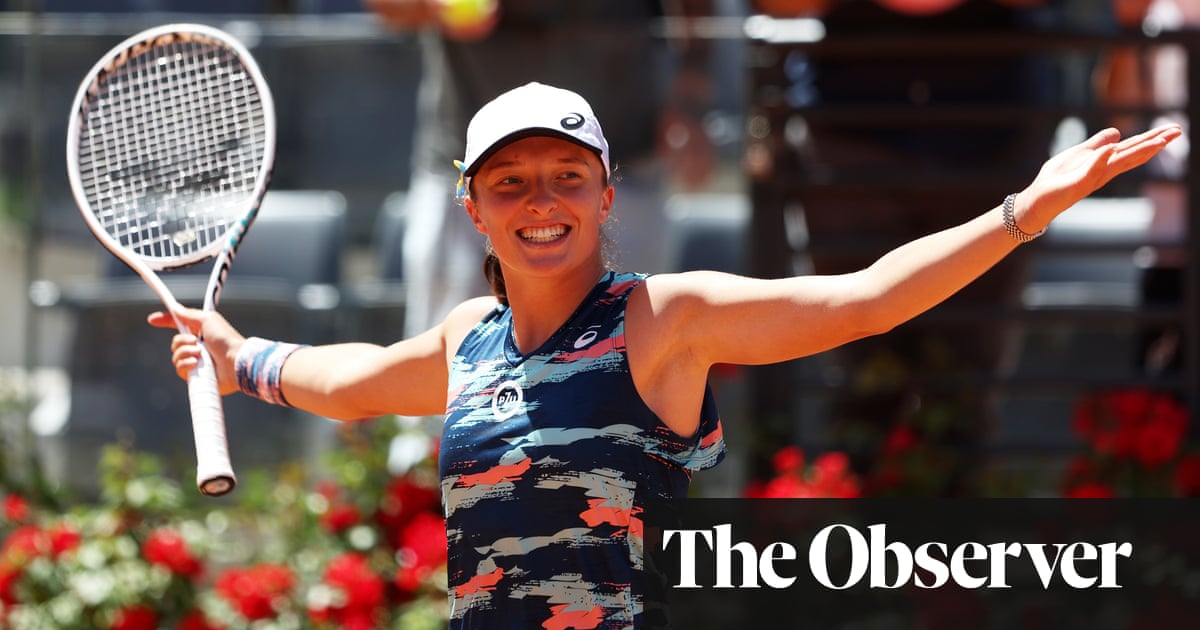 The biggest question ahead of finals day at the Italian Open is identical to the beginning of the clay-court season and it remains unanswered: who exactly can beat Iga Swiatek? So far, it is only an increasingly difficult challenge. On Saturday, Aryna Sabalenka, the third seed, stood before Swiatek and took a shot at the world No 1 in the semi-final of the Italian Open. She left with three games to her name as Swiatek methodically picked her apart, easily defeating Sabalenka 6-2, 6-1.

With her 27th win in a row, Swiatek has now defeated seven top 10 players in this period and she has dropped just one set since early March. The gap between herself and the field is the size of a canyon and it is only widening.

Against one of the most powerful players in the world, Swiatek was still comfortably the aggressor throughout. She continually dragged Sabalenka off the court with her heavy spin and margin, she struck her backhand extremely well and her elite defence soaked up so much of Sabalenka’s attack, constantly allowing Swiatek to counter. Swiatek additionally continues to return at a supreme level, winning an absurd 71% of first serve return points against one of the hardest first serves in the world.

Despite how she has continued to bulldoze opponents, Swiatek had not been entirely content with her form, pointing out her up-and-down level in matches as she continues to adjust to the clay. In the past, when she used to be markedly better on clay, moving to her favourite surface would be a considerable relief. Now that the gap between hard and clay is much smaller, she has to adjust her relationship with the surface.

“I felt a little bit differently [than in previous matches] because I think my level of focus was on a constant level throughout the whole match. Maybe in the second set I got more shaky at the end. I’m pretty happy that I learned the lessons on previous matches. On previous matches I felt like I’m kind of letting my opponents come back to the match a little bit. This time I wanted to put pressure on my opponent from the beginning till the end,” she said.

The run continues. Swiatek, who defeated Karolina Pliskova 6-0, 6-0 in last year’s Rome final, will face Ons Jabeur or Daria Kasatkina there this time. As people continually speak about Swiatek’s run in awe and to express their admiration towards her, she says that she has not had time to sit back and think about her continued achievements. That will only come after they are done.

“On these tournaments where we play day after day, we don’t really get time to celebrate,” she says. “Right after we finish the previous match, we have to think about the next one. It’s pretty tough. But I know that after [the tournament] I’m going to be really proud of myself. For sure I’m going to have time to think about what I did. I’m just constantly surprising myself that I can do better and better. I feel like I actually can believe now that the sky’s the limit. That’s the fun part, for sure.”