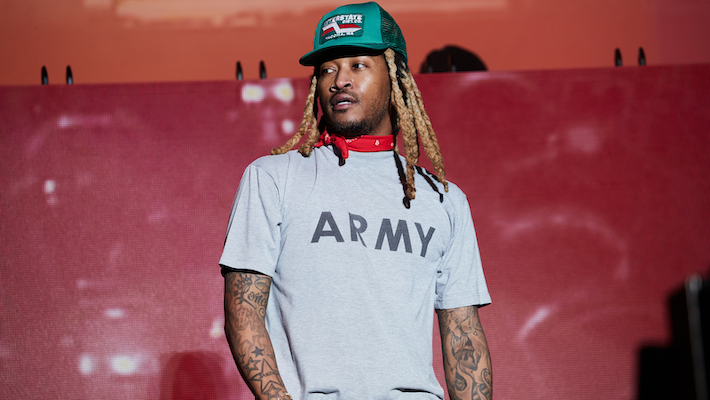 Despite the long list of albums, mixtapes, and more that fill up his discography, it took Future well over a decade to earn his first No. 1 song as a lead artist. That feat came earlier this week when “Wait For U” with Tems and Drake debuted at the top of the Billboard 200 chart. The song is a highlight on Future’s ninth album I Never Liked You, which he released at the end of last month. Days after “Wait For U” reached No. 1, Future hopped on Twitter to praise Tems and share how the song came together.

Even tho wait for u is a sample and not an original recording I still put Featuring @temsbaby if u wasn’t familiar with her work. Thank u Tems

“Soon as I heard the @temsbaby sample over @atljacobbeatz Instantly connected to my soul,’ he wrote in one tweet. Tems’ vocals on “Wait For U” are actually a sample from her 2020 song “Higher” which lives on her For Broken Ears project. Future continued his praises in later tweets. “@temsbaby VOICE IS AMAZING,” he wrote. In a final post, Future thanked Tems for her contribution to “Wait For U.”

“Even tho wait for u is a sample and not an original recording I still put Featuring @temsbaby if u wasn’t familiar with her work,” he wrote. “Thank u Tems.”

Future’s praises come after he and Drake released a Medieval-themed video for the chart-topping song.

You can view Future’s posts above.

I Never Liked You is out now via Freebandz/Epic Records. You can stream it here.