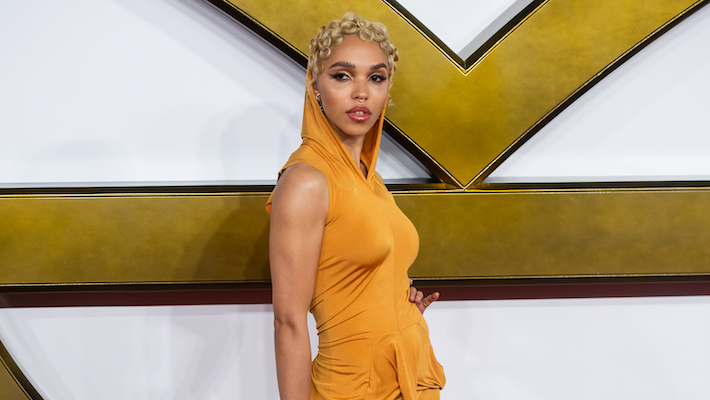 While the tireless FKA Twigs doesn’t have a significant acting role under her belt yet, she’s recently touched into silver screen consciousness with her song, “Measure Of A Man” (featuring British rapper Central Cee) for the soundtrack to The King’s Man. She’s no stranger to being front and center of music videos, like on her thorough list of recent clips for songs off of her excellent Caprisongs mixtape. But now she’s making a full-on foray into acting, with a co-starring role in the reboot of The Crow.

The film stars Swedish actor Bill Skarsgård, who has been portraying Pennywise in the It reboot series. Ghost In The Shell and Snow White And The Huntsman director Rupert Sanders is at the helm of the project. And let’s be honest, FKA Twigs’ unflinching aura of mystique is perfect for the classic macabre story about revenge.

“I am absolutely thrilled to announce that I will be appearing alongside bill skardsgård [sic] in the crow directed by Rupert Sanders,” she said on Instagram. “I feel so honoured to be amongst such a powerful team and am already having the best time working on my character lewks with the iconic @kurtandbart2.”

A cult classic, The Crow is based on James O’Barr’s graphic novel series. The original film adaptation featured Brandon Lee (Bruce Lee’s son) in the titular role. Lee suffered a tragic death during the filming of the 1994 film when a prop gun accidentally went off on the set. Back in April, NME reported that the reboot of The Crow was finally in development.