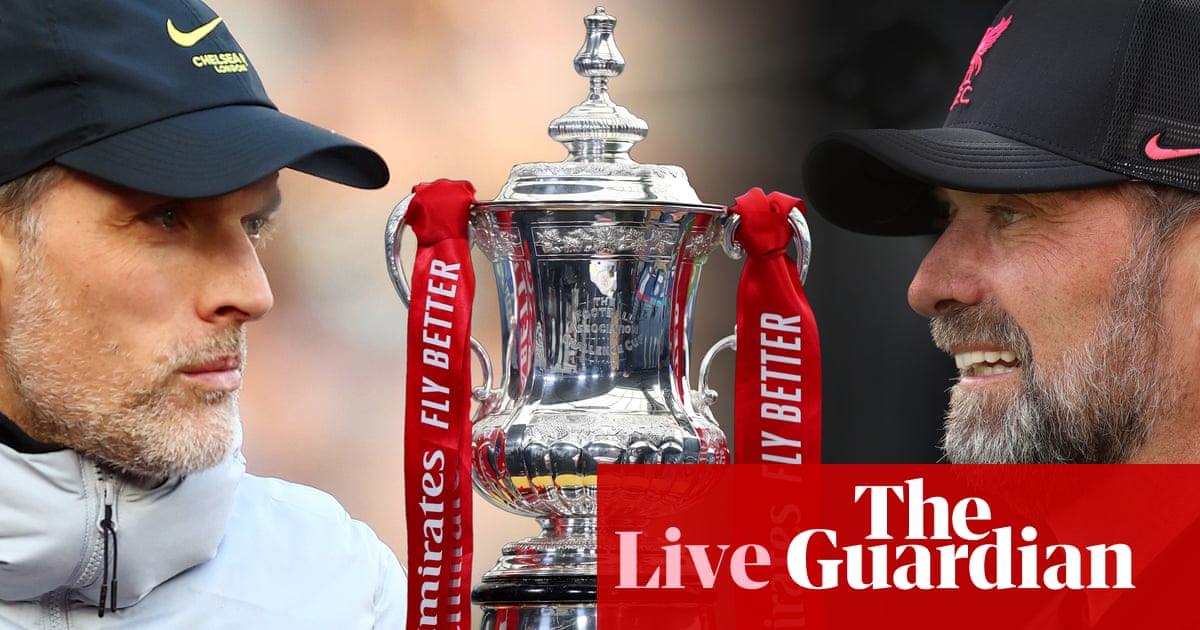 Hello and welcome to live coverage of the FA Cup final between Chelsea and Liverpool at Wembley. Broadly speaking, there are two types of FA Cup final: David v Goliath or Goliath v Goliath. This is emphatically the latter, a heavyweight clash between two of the elite. This is the 150th FA Cup final; none of the previous 149 have involved one recent world champion, never mind two.

Football moves pretty fast. So even though Chelsea are current world champions, Liverpool have a stronger case to be the best team on the planet, and indeed in the solar system. (That lot on Neptune are still playing the W-M formation FFS.) The recent form of both clubs makes them odds-on favourites today, though Chelsea looked a lot perkier when they dismantled Leeds in the week.

All three games between Chelsea and Liverpool this season have been hard-fought draws. The last of those, the Carabao Cup final, ended in glory for Liverpool after a never-ending penalty shootout. They are still sniffing an unprecedented cup treble, maybe even a quadruple. Chelsea are hoping for a less celebrated treble: European Super Cup, Fifa Club World Cup, English FA Cup. By completing one hat-trick, they would avoid another. No team, not even Newcastle in the late 1990s, has ever lost three FA Cup finals in a row.

We’ll have a leisurely build-up to the game, with team news expected around an hour before the 4.45pm kick off. Both managers have difficult decisions to make. Thomas Tuchel needs to make a call on the fitness of N’Golo Kante and Mateo Kovacic, neither of whom are 100 per cent fit. “It’s the moment to take risks,” said Tuchel yesterday, repeating a phrase that suddenly seems to be coming out of every football manager’s mouth. Tuchel also has to decide whether to start Romelu Lukaku instead of or alongside Kai Havertz.

Jurgen Klopp’s main dilemma is in midfield, with the borderline irreplaceable Fabinho out through injury. The likeliest scenario is that Jordan Henderson drops into the bouncer role and Naby Keita comes into the side. Or rather stays in it, as he started at Aston Villa on Tuesday, but you know what I mean.