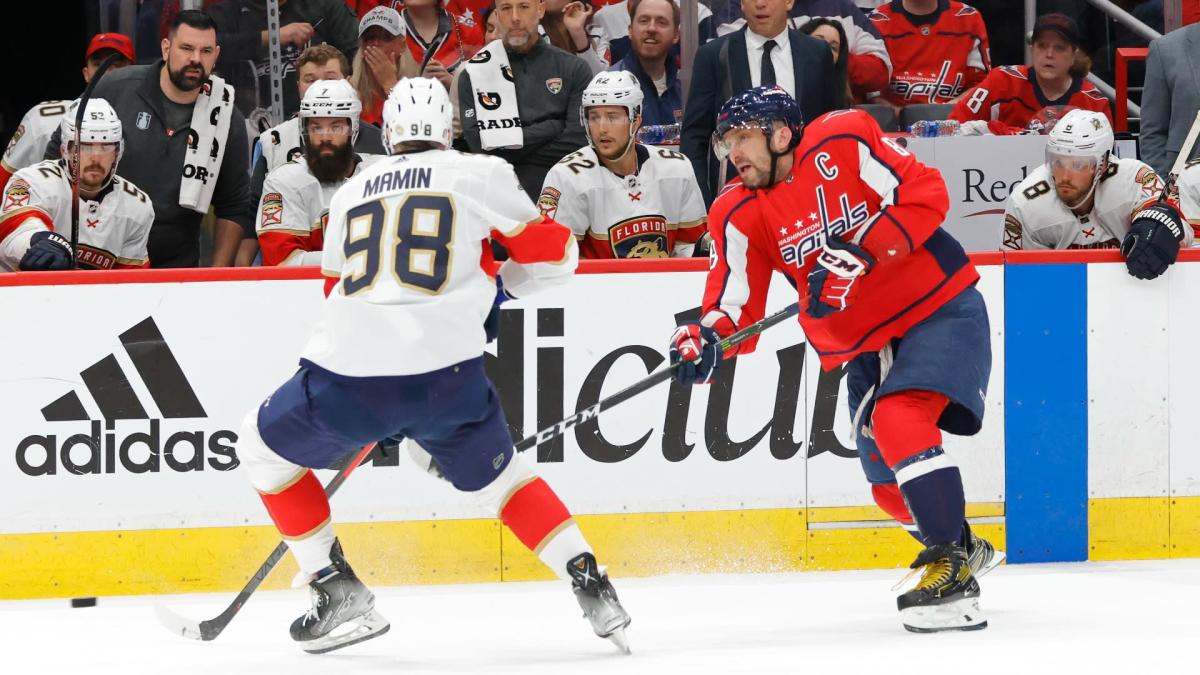 As it turned out, the Capitals made one too many mistakes against the Florida Panthers in a best-of-seven Stanley Cup playoff series. And it was too much to overcome against the Presidents’ Trophy winners.

The Capitals lost 4-3 on Friday in overtime of Game 6 in a heartbreaking loss that sent them packing in the first round for the fourth consecutive season.

They’d played well in the series, and at various points of the series appeared to control the play, but blew leads in Games 4, 5 and 6 and couldn’t recover from three straight such defeats.

As a result, the Capitals have been eliminated from the Stanley Cup Playoffs. Here are a few takeaways from their last game of the season:

The Capitals were eliminated with the loss, the fourth straight season that they’ve failed to advance past the first round of the playoffs. They have still yet to win a round since their Stanley Cup Final victory in 2018.

They pushed in Game 6, but were unable to overcome the loss of Tom Wilson and blown leads against the high-powered Panthers offense.

Now, the offseason will commence with questions aplenty about the future of the team and what’s next for a team that certainly isn’t getting any younger.

Verhaeghe plays the hero in overtime

The Capitals lost in overtime as Carter Verhaeghe scored just 2:46 into the extra period. It came on a broken play where the Capitals couldn’t get the puck out of their own zone. It was Verhaeghe’s sixth goal of the playoffs. Not bad for a player who was a game-time decision because of injury, but had a wonderful series.

Listen and subscribe to Told It Here! with Joe Beninati and Craig Laughlin

The Capitals yet again allowed the league’s best offense and best comeback team to rally. They blew leads in Games 4, 5 and 6 and it cost them the series as a result.

Washington were up 2-1 but Claude Giroux answered a Nicklas Backstrom goal in the third period to tie it 2-2. Giroux beat goalie Ilya Samsonov five-hole on a rush up the ice.

Then a few moments later, Aleksander Barkov put the Panthers up 3-2. He beat Samsonov with 5:43 left to play off a rebound chance. T.J. Oshie tied the game with 63 seconds left to play to force overtime, but the Capitals couldn’t build on that momentum.

Dowd breaks the ice in the second

The Capitals got on the board first with a Nic Dowd tally early in the second period. It was a goal they’d needed badly to get the Capital One Arena crowd into the game and take some pressure off themselves for a few moments while facing elimination.

The goal was Dowd’s first of the series, and it took some extra attention to make sure it went in.

At first, his shot hit the post and bounced in front of Florida goalie Sergei Bobrovsky in front of the net. Everyone on the ice stopped except Dowd, who buried the rebound to put the Capitals ahead.

In the third period, Dowd hit the post and the Panthers went the other way and scored the leading goal from Barkov.

Lomberg ties it in the second

The Panthers rallied less than three minutes after Dowd’s goal to tie the game with a Ryan Lomberg tally. It turned out to be a big one, as they stole momentum from the Capitals early. He scored while Dowd’s goa was still being announced to the crowd.

Lomberg, playing his first game since Game 1, scored on a rebound to immediately seize momentum back from the Capitals and tie the game in the second period. In a matter of minutes, both team’s fourth lines put them on the scoreboard.

From there, the Capitals held on as the Panthers controlled the play to end the period. But after 40 minutes, the game was still tied 1-1.