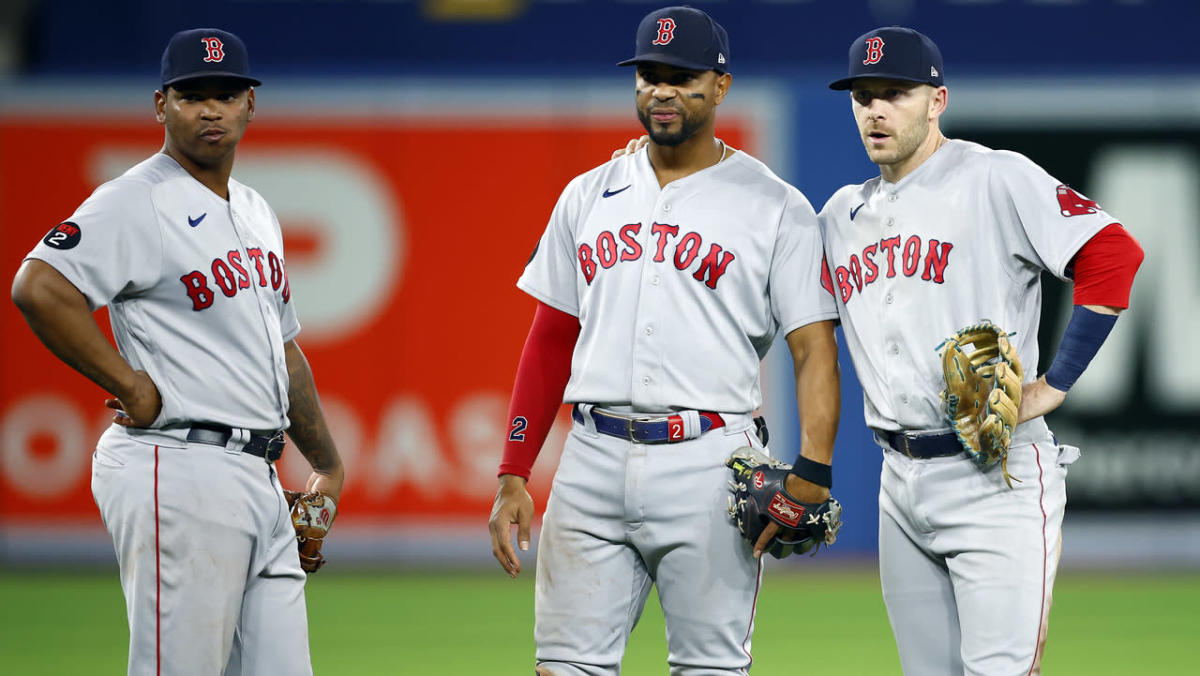 This isn’t a bridge year. It’s a last stand.

Or at least it should be.

Describing the 2022 Red Sox in any other way misreads their rebuild under chief baseball officer Chaim Bloom.

The concept of the bridge is simple: acquire stopgap veterans to remain competitive until a bountiful farm system assumes the mantle of next great Red Sox team. Theo Epstein caught hell for this admission after the 2009 season, but he actually struck gold with most of his veteran acquisitions, be it Victor Martinez at the 2009 trade deadline, Adrian Beltre on a one-year “pillow contract” that winter, or future World Series hero John Lackey to a multi-year deal in free agency.

The 2010 Red Sox won 89 games and finished with the fifth-best record in the American League. A year later they got impatient and acquired Adrian Gonzalez and Carl Crawford before collapsing epically. Only when Ben Cherington truly bridged things in 2013 did they claim a Boston Strong title, and then the homegrown talent he left behind won another championship five years later.

The bridge is meant to connect cores, but these Red Sox entered the season in a very different place. With veterans Xander Bogaerts, J.D. Martinez, and Nathan Eovaldi on expiring contracts, starter Chris Sale eligible to opt out of his deal, and third baseman Rafael Devers a year away from free agency, the Red Sox should’ve been in win-now mode, because they’re staring at a significant talent deficit next season.

Tomase: These three players are holding the Red Sox back

Instead they got complacent, buoyed no doubt by last year’s surprising 92 wins and run to the American League Championship Series. A harder look would’ve suggested a fair amount of luck breaking their way, however, from consistent health (minus a late-season COVID outbreak) to historic underperformance from the rampaging Blue Jays, who probably should’ve won 100 games instead of missing the playoffs by one.

If this is a bridge year, then it’s made of rope and missing slats, and man is that wind starting to blow. Making matters worse, the farm isn’t ready to meaningfully impact this year or next. While we should see slugging first baseman Triston Casas at some point this summer, and maybe even ascendant right-hander Brayan Bello, top prospects like Marcelo Mayer and Nick Yorke remain two or three years away.

A bridge is supposed to lead somewhere promising, but this one’s on the verge of collapse. Given the looming losses to the top of their roster, the Red Sox would’ve been better served spending $16 million on one year of, say, All-Star closer Kenley Jansen. The Braves signed him instead and Jansen has saved eight games, or one fewer than the Red Sox have blown.

They could’ve been in the market for former Mets standout Noah Syndergaard, who signed a one-year, $21 million deal with the Angels and is off to a 3-1, 2.45 start. They could’ve outbid the Yankees on slugging first baseman Anthony Rizzo (two years, $32 million), or the Giants on lefty Carlos Rodon (two years, $44 million).

In short, if they were going to surpass the luxury tax anyway, they could’ve added win-now talent without making any long-term commitments. Thus they compete in 2022 while retaining flexibility and an encouraging base of young talent in the minors.

Instead, they mostly maintained the status quo, save for the big signing in free agency of shortstop-turned-second-baseman Trevor Story. Now they find themselves not only in last place, but staring at a true rebuild next season.

That’s not a bridge. It’s a gorge.