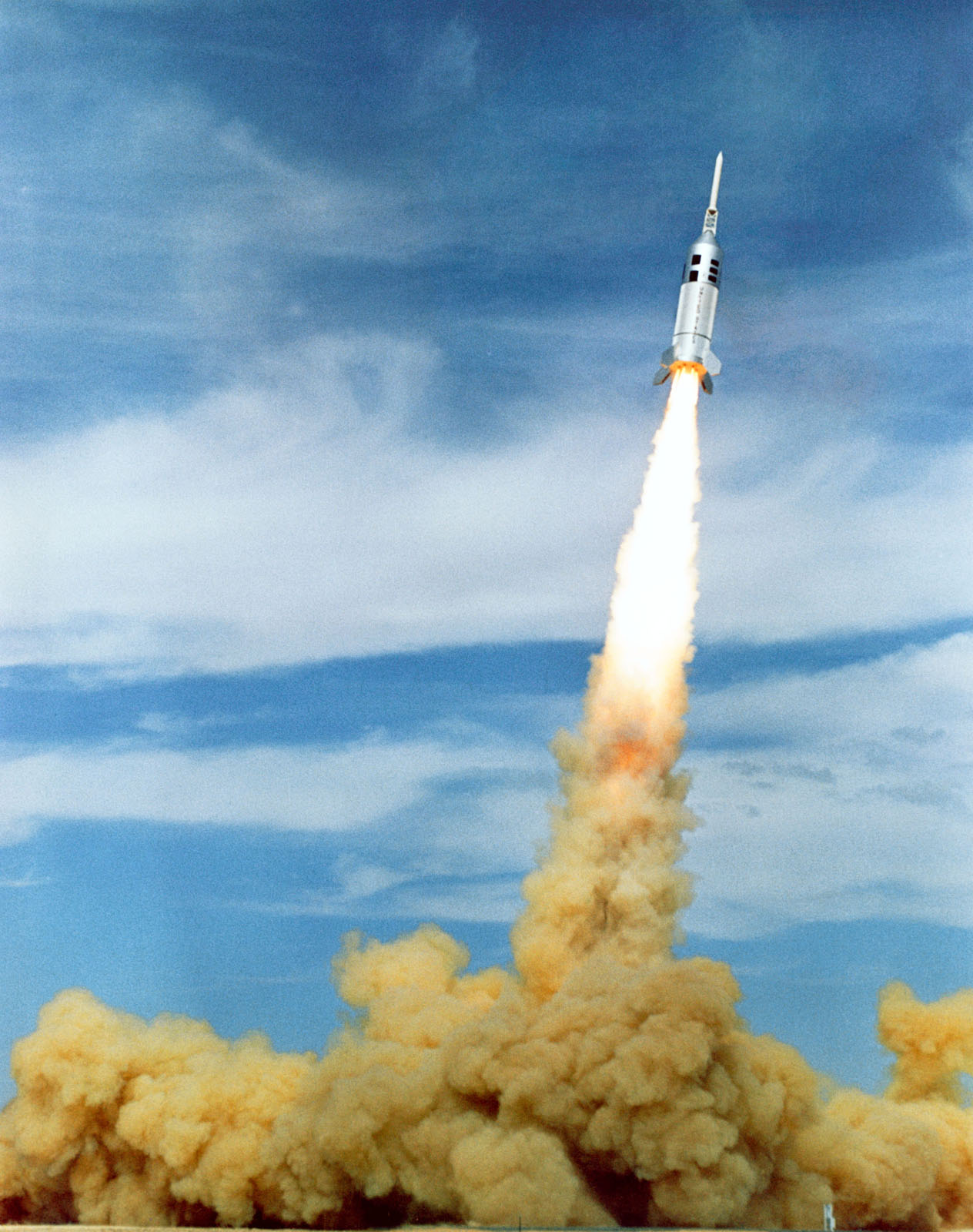 On May 13, 1964, NASA launched the second abort test of the Apollo spacecraft. This uncrewed mission would demonstrate that the launch escape system could safely eject the Apollo command module in case of an emergency.

For the first test, the command module ejected just above the launchpad 15 seconds after liftoff. But the second time it stayed on top of the rocket for 44 seconds. It reached an altitude of almost 30,000 feet, which was six times higher than it went during the first test.

By doing the test later in the flight, NASA was checking to see if the escape system worked well under high dynamic pressure. In other words, the rocket was under more mechanical stress because of the aerodynamics of its flight.

It lifted off on a Little Joe II rocket from the White Sands Missile Range in New Mexico, and the abort test went mostly according to plan. The Command Module did bump into the booster after they separated, and that damaged one of its parachutes. Thankfully it had two more parachutes, but the landing was still pretty rough.

Catch up on our entire “On This Day In Space” series on YouTube with this playlist.