Mercedes-AMG has already displayed the potential of a PHEV powertrain on the Mercedes-AMG GT 63 E Performance, and it’s about to do the same in the upcoming SL and the new AMG-GT. The latter made its spy debut in electrified form at the Nürburgring.

The second generation of the AMG GT has been spied in both 53 and 63 variants, but this is the first time we see a plug-in hybrid model. Unlike the previous camouflaged prototypes, the PHEV is wearing special steel wheels, fitted with testing equipment. While it would be cool to see this type of unconventional wheel design on a sports car, they were clearly made to assist in development so don’t expect to see them in production. 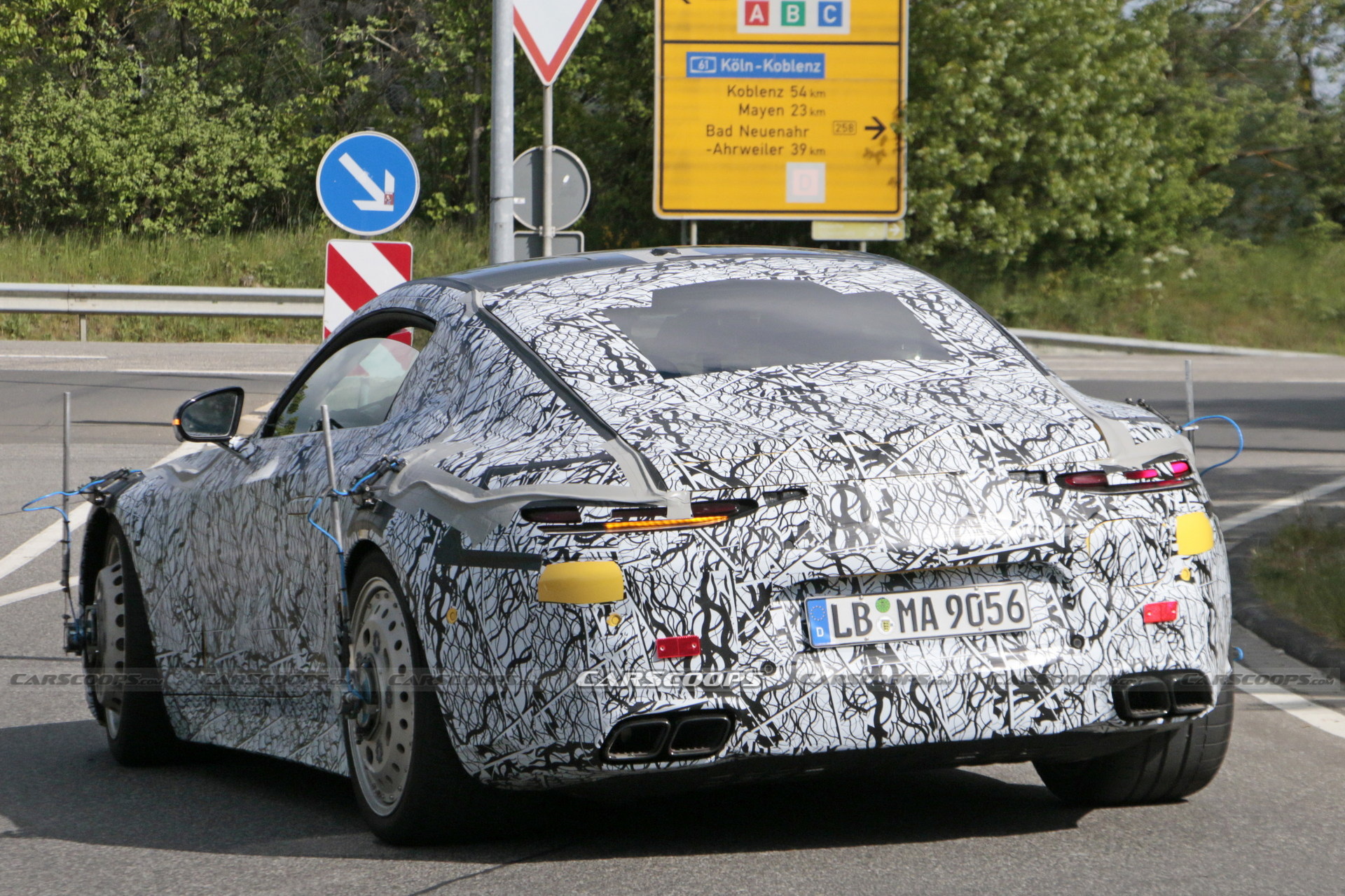 The charging port on the right side of the rear bumper – a typical placement for Mercedes – shows that this AMG GT is ready for the plug. Mercedes has been tight-lipped about the new generation of the AMG GT but we expect it to share the E Performance plug-in hybrid powertrain with the SL roadster.

The debut of the Mercedes-AMG GT is expected towards the end of 2022, while the plug-in hybrid variant – which will likely be the most powerful of the bunch – could follow in 2023. The sportscar will compete with the Porsche 911, which is also getting a hybrid version in the upcoming facelift.