Manhart has unveiled a tuning package for the Porsche Cayenne Coupé, making the Turbo variant more powerful than the Turbo GT and Turbo S E-Hybrid variants, combined with a lowered suspension and visual tweaks.

Starting with the engine, the twin-turbo 4.0-litre V8 received a new pair of turbochargers, a new intercooler, a new exhaust system and the Manhart MHtronic auxiliary control unit. As a result, it produces 796 hp (594 kW / 807 PS) and a whopping 1,090 Nm (804 lb-ft) of torque. This represents an increase of 255 hp (189 kW / 257 PS) and 320 Nm (236 lb-ft) over the stock Cayenne Turbo Coupé, making it more powerful than any factory-spec model. Porsche’s dual-clutch automatic gearbox is also upgraded to handle the monstrous torque. 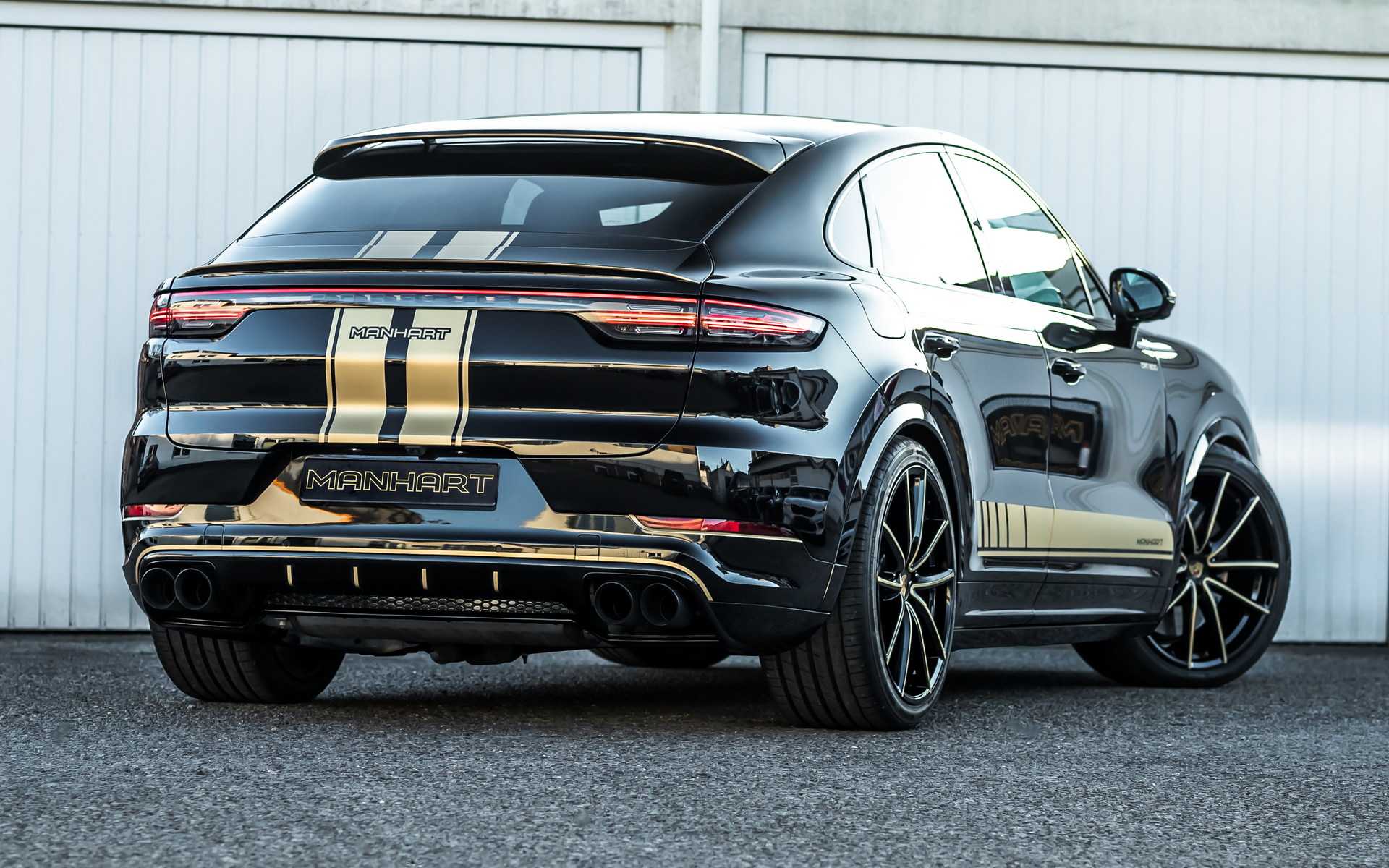 Visually, the CRT 800 is distinguished by a set of 22-inch Manhart five-star alloy wheels shod in mixed tires (285/35ZR22 front and 315/30ZR22 rear). The SUV is lowered by 35 mm (1.4 inches), gaining an adaptive air suspension and new coupling rods. The bodykit remains stock for now, but Manhart stated that it’s already working on a new front splitter and rear diffuser made of carbon fiber.

At the back, we find quad stainless steel pipes from the aftermarket sport exhaust system that has a valve-control system, while buyers can also opt for Manhart’s sports downpipes that are not TUV-approved (only for export). Finally, the optional Manhart decal set will make sure no one mistakes the CRT 800 for a standard Cayenne Coupé.

Manhart did no disclose pricing for the upgrades, but the CRT 800 is already available to order. Mind you, Porsche is getting ready to launch the facelifted Cayenne range soon, which will likely be compatible with the aforementioned tuning package.