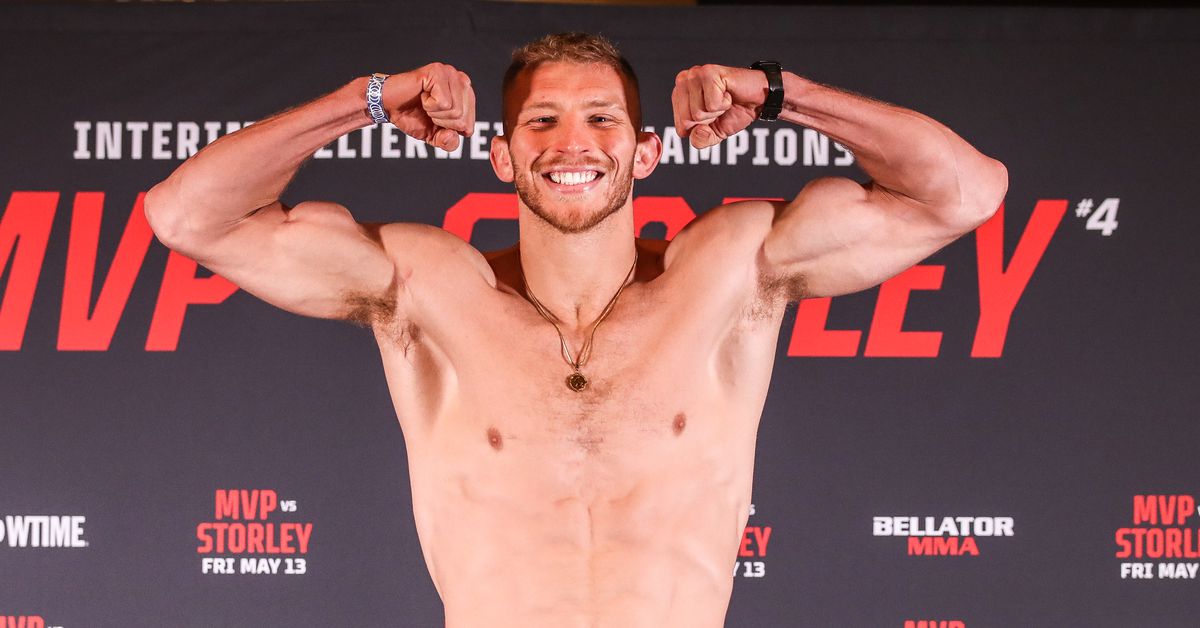 It’s a nice compliment to be called “the next big thing,” but British prospect Luke Trainer is smart enough to understand that label can be both a blessing and a curse.

With a flawless 5-0 record and all of his wins coming by knockout or submission, the 26-year-old light heavyweight appreciates the attention he’s been getting since signing with Bellator MMA. On Friday, Trainer kicks off the main card at Bellator 281 from his native England in the highest-profile opportunity he’s had yet in his young career.

While he certainly appreciates the buzz around his fight, Trainer refuses to let anything positive or negative permeate his mind, because ultimately he can’t control what people think about him, so why should he allow that to affect how he’s going to fight?

“I don’t care if somebody talks about me in a good way or a bad way,” Trainer told MMA Fighting. “When it’s nice, it’s awesome to hear, but I don’t give a s***. I don’t care about that. Because what I do, I go to war in a cage and I allow other people to talk about me. I can’t control that narrative. I can go in there and put on the best performance possible. That’s the pressure. Anything else that happens outside of that is out of my control.

“My pops has always said control the controllable. I can go into this cage and beat my opponent with absolute savagery. I can control that. Other than that, I can’t control anything else. That’s how I deal with it.”

Fighting out of the U.K. comes with its own unique brand of hype and expectations, because while the country has produced numerous legends over the years, there’s always a desire to find a new face of the British MMA scene.

That title was once held by UFC Hall of Famer Michael Bisping. These days fighters like Tom Aspinall, Darren Till, and Bellator 281 headliner Michael Page are becoming household names, but Trainer understands the pitfalls that can also come along with that type of hype.

“I don’t feel the pressure of carrying a flag for the U.K. or being the next big prospect. The journalists and even the commentators in my last fight, they were talking and using words like ‘the poster boy for Bellator’ and all that jazz. I don’t feel that at all. It feels like any other fight back in the day. The preparation just gets more intense and there’s more on the line in terms of earnings and future earnings and stuff like that. It’s the same. I don’t feel the outside pressure. I’m grateful that I can put all that aside. It’s tunnel vision. I’m going in there for war. After, I get a paycheck, I celebrate with my family and it’s onto the next.”

As much as he would like to pretend nothing exists outside of the 15 minutes he’s about to spend in the cage, Trainer confesses that there’s one particular moment coming up that will definitely get his emotions jacked up before the fight.

It has nothing to do with anything his opponent has said about him or the chance to open a main card in Bellator in just his third fight with the promotion.

Instead, Trainer says it all comes down to the roar of the crowd in his home country — and that’s just impossible to ignore at this point.

“Before I fought last in Wembley, I didn’t care where I was,” Trainer said. “I fought in the middle of nowhere in Milan. I say middle of nowhere, it was in the middle of the pandemic, there was an empty arena, about 10 people in the stadium and it felt like every fight I ever fought before. Then I fought at Wembley Arena, and fighting in front of that many people, walking out in front of almost 20,000 people was one of the highlights of my life. It was incredible.

“The electricity you feel and the atmosphere that you feel when you have thousands of people screaming because you’re about to get in a cage and fight for your life in front of everyone is flipping nuts.”