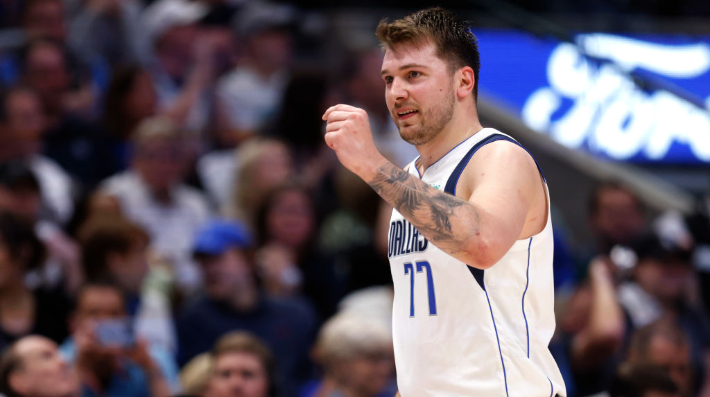 Throughout the second-round series between the Phoenix Suns and Dallas Mavericks, competitive fire has reared its head in the form of trash talk. Both Luka Doncic and Devin Booker have been at the forefront across the first six games, engaging in some direct and indirect banter.

In Game 5, Booker took a hard foul from Dorian Finney-Smith that sent him to the floor. As he stood up, after perhaps embellishing some of the contact, he said he was doing “the Luka special.” After Game 6, Doncic was asked how the dynamic of trash talk affects his approach and mindset.

Luka Doncic: “I like when people trash talk to me. It gets me going. It’s fun. It’s basketball. There’s going to be a lot of trash talking. I like it, it’s fun for me. It’s competitive basketball and I like it.” pic.twitter.com/qI4CZVvcJY

Perhaps, Booker’s comments really did get Doncic going. He tallied 33 points, 11 rebounds, eight assists, and four steals in the Mavericks’ Game 6, 113-86 blowout victory on Thursday. Meanwhile, Booker, after lighting up Dallas for a combined 63 points on 42 shots in Games 4 and 5, struggled to the tune of 19 points on 6-for-17 shooting in Game 6.

Dallas and Phoenix will meet for Game 7 on Sunday in a matchup that will surely feature some trash talk among the game’s brightest stars. Who exactly it gets going is yet to be seen.