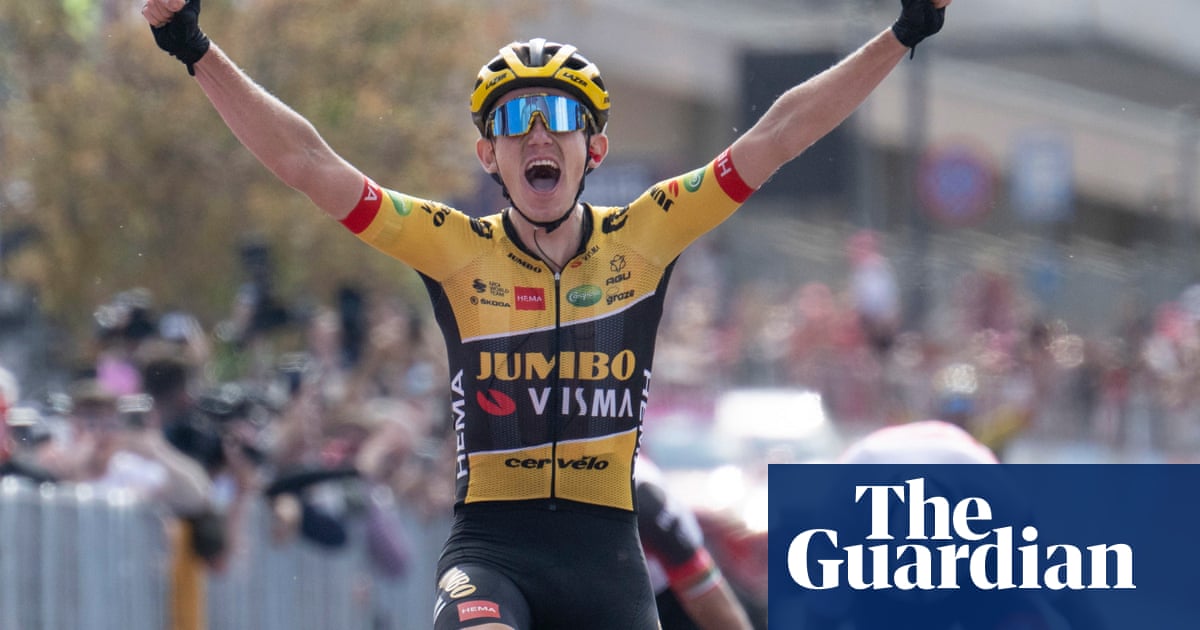 The Dutch rider Koen Bouwman timed his final effort to perfection to win the 196km seventh stage of the Giro d’Italia between Diamante and Potenza on Friday.

The Jumbo-Visma rider, who was in the day’s breakaway with his teammate and compatriot Tom Dumoulin, jumped away from the leading group 100 metres from the line on a brutal uphill drag to beat another Dutchman, Bauke Mollema. Italy’s Davide Formolo came home third ahead of Dumoulin.

The peloton was controlled by Lopez’s Trek-Segafredo team as the main contenders stayed quiet. The bunch then upped the pace to prevent Dumoulin making up for the time he lost in the climb up Mount Etna on Tuesday with the Dutch rider having started the stage 8:30 off the pace.

The breakaway group’s lead shrank quickly and Bouwman, hoping to take the maglia rosa, attacked from the front of the race with 42km left, but his move did not stick. On the third-category climb to La Sellatta, Dumoulin tried his luck several times but the sharpest attack came from Formolo.

Mollema, Bouwman and Dumoulin caught up with him 1.5km from the top, but on a steep section 9km from the line Dumoulin fell behind. He fought his way back but had nothing left in the tank, leaving Bouwman, Formolo and Mollema to fight it out for the stage win.

Saturday’s eighth stage is a 154km ride in and around Naples.